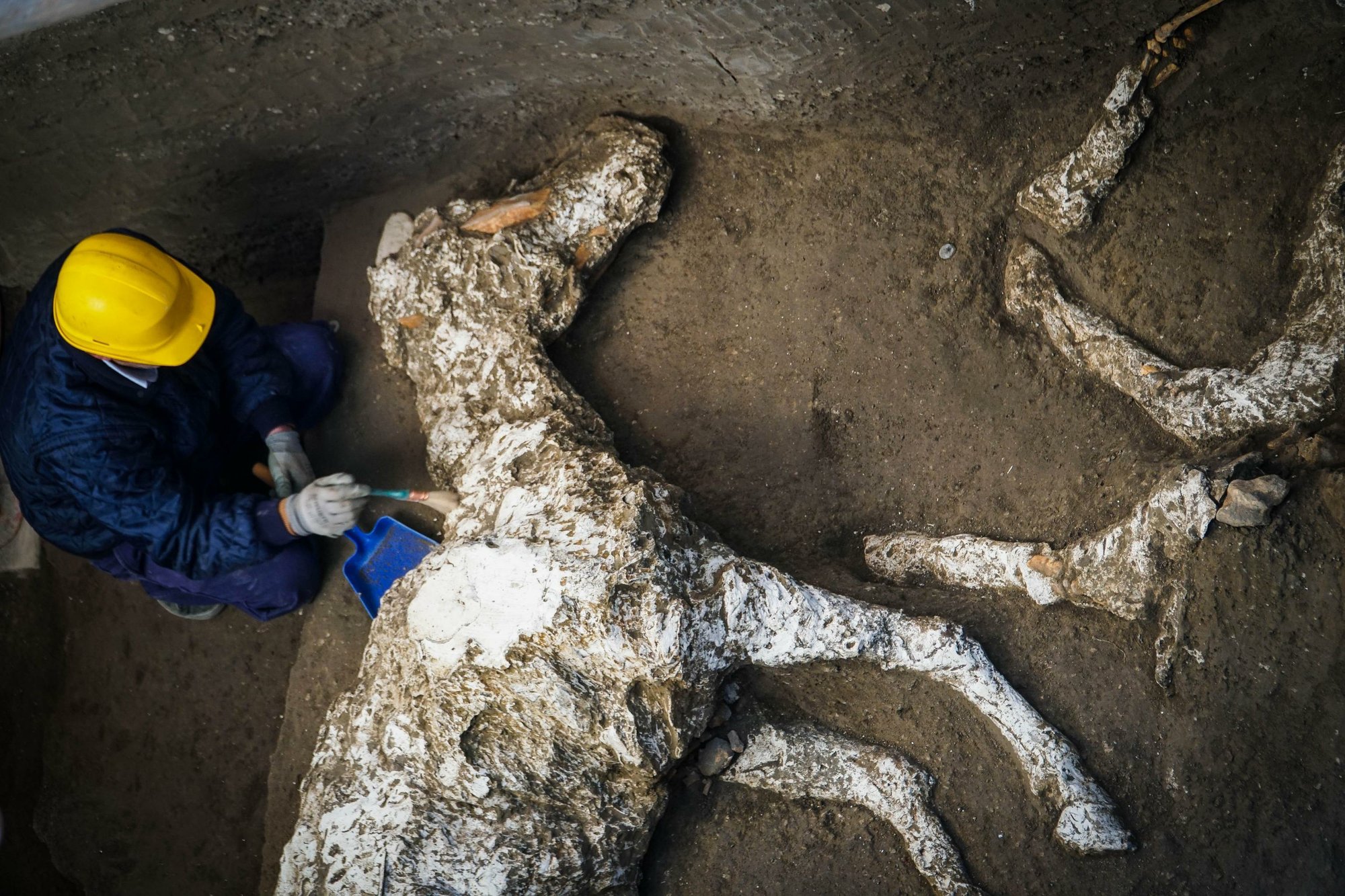 An archaeologist inspects the remains of a horse skeleton in the Pompeii archaeological site, Italy, Dec. 23, 2018. (Photos: AP)

Archaeologists have unearthed the petrified remains of a harnessed horse and saddle in the stable of an ancient villa in a Pompeii suburb.

Osanna was quoted on Sunday as saying the remains of two or three other horses were also discovered. 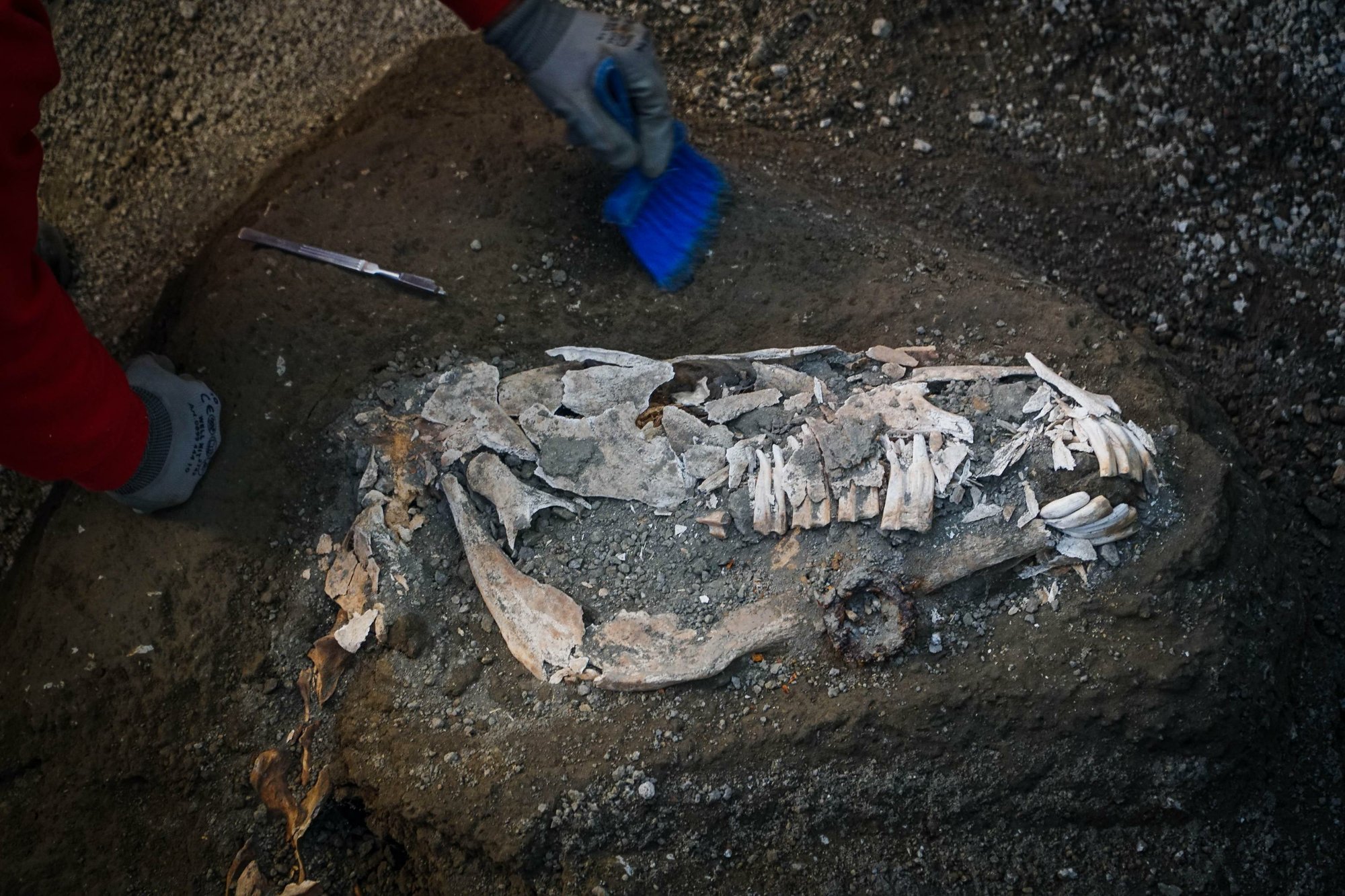 The villa’s terraces had views of the Bay of Naples and Capri island. The area was previously excavated, during the early 1900s, but later re-buried.

Osanna says suffocating volcanic ash or boiling vapors killed the horses. He hopes the villa eventually will be open for public visits. 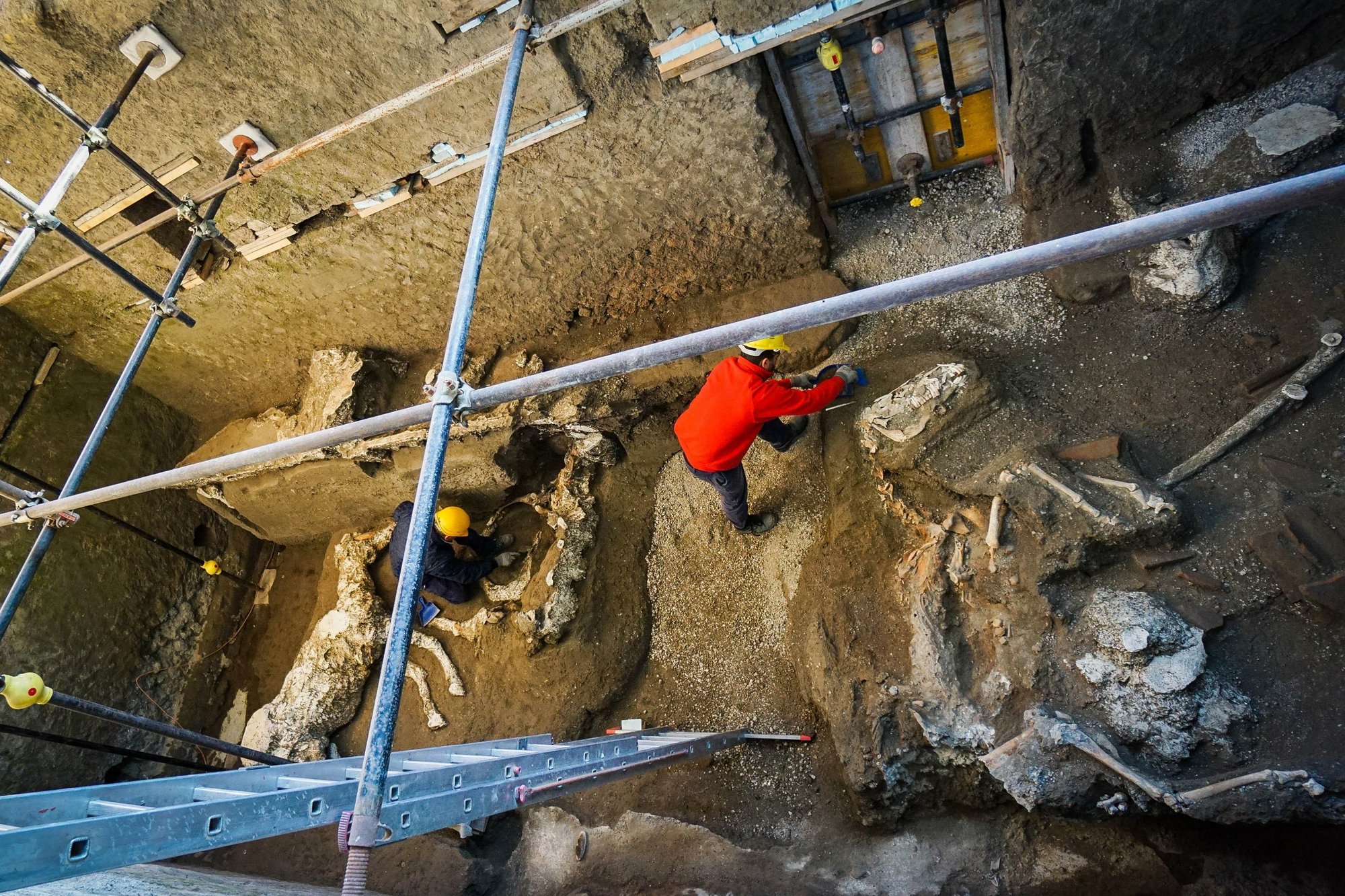