CULTURE Harry and Meghan feel the love in Brixton

Harry and Meghan feel the love in Brixton 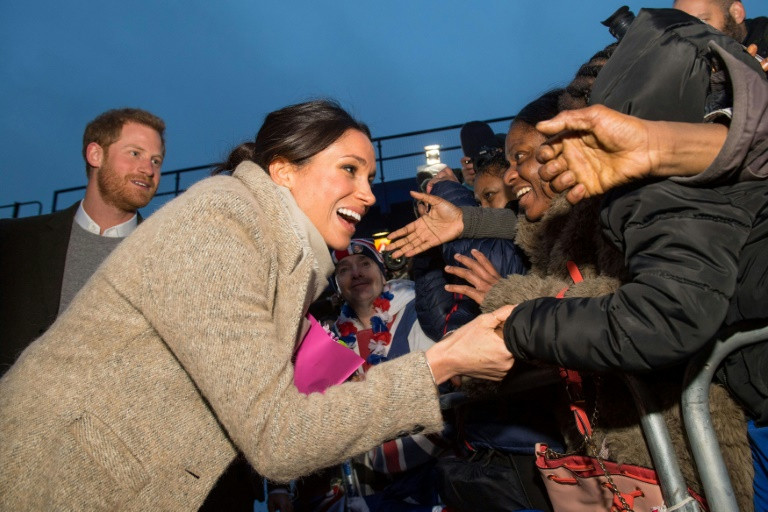 Prince Harry and his fiancee Meghan Markle were greeted with shouts of "we love you!" as they visited a youth radio station Tuesday in London's ethnically diverse district of Brixton.

Hundreds of well-wishers gathered to catch a glimpse of the couple as they visited Reprezent radio station, which is staffed entirely by young people and based in a community-led complex built out of old shipping containers.

They met the youngest presenter, 17-year-old DJ Gloria Beyi, chatting to her while she played a track live on air.

Reprezent mainly plays hip-hop, grime and house music and is a hotbed of new talent, having broadcast the first ever radio interview with grime star Stormzy.

"I must tune in," said Markle, who was wearing a coat by Smythe, Burberry trousers and a sweater by high street store Marks & Spencer.

Outside, Bob Marley songs played out from a nearby market stall as royal fans and curious locals strained for a view of the couple, who became engaged in November and will marry in May.

A mixed-race American actress with a history of activism, Markle is a different mould of royal princess -- and the symbolism was not lost on the largely black crowd.

"She's of mixed race, I'm of mixed race, and it means a lot to see that," said Sandra Wiltshire, a 39-year-old care assistant who spoke to the couple as they briefly met members of the crowd.

"This is the forgotten borough of London. People don't really come here so the fact that the royals are here is nice," added 23-year-old local Adedotun Spruger.

Brixton, known for its large West Indian community, was once one of London's most deprived areas, although it has seen a wave of gentrification in recent years.

"When they come here it's good -- they are not too proud," said Adedayo Olanrewaju, a 45-year-old student, adding of Markle: "She looks so young!"