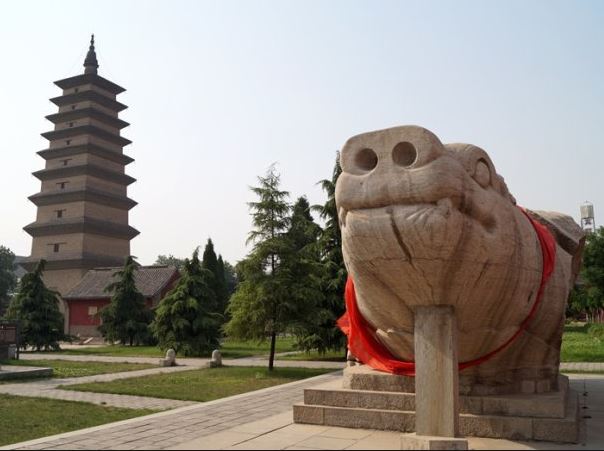 The sculptures were discovered 300 meters away from the canal in the city of Botou, north China's Hebei Province, the city's cultural heritage bureau told Xinhua.

Three sculptures were piled up vertically, while two were found at a distance from the trio. One sculpture has been measured to be 1.4 meters long, 65 cm wide and 58 cm tall, according to the bureau.

The discovery is believed to testify to local legend that "nine Bi Xi" once stood to guard the 2,500-year-old waterway linking Beijing and Hangzhou, in east China's Zhejiang Province.

Locals said the sculptures dated back to the Qing Dynasty (1644-1911) and were placed in the canal to protect the dike as well as to mark the water level. It is also believed that their heads were chopped off so they would not "swim away" from their duty of suppressing water demons.

Bi Xi, the sixth of the dragon's nine sons in Chinese legends, is a propitious creature that often appears in the shape of a turtle with a dragon's head, and a stone tablet on top of its shell.

The bureau said they were still researching the origins and functions of the five sculptures, as well as their links to the Grand Canal.