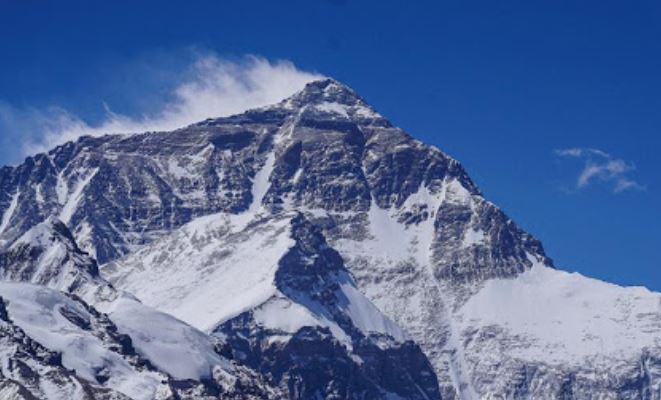 KATHMANDU, Feb. 28 (Xinhua) -- Heavy snowfall halted the winter expedition of four Sherpa climbers from Nepal who had aimed to set a world record by scaling the world's highest peak, Qomolangma, in five days, according to the expedition organizers.

A team of four Sherpa climbers started off from the base camp on Feb. 25 with a target to reach the top on Feb. 29.

"We decided to return from just below the Camp III. Due to 34 hours of continuous fresh and soft snowfall on blue ice, the surface is more slippery and seems quite dangerous," the expedition organizer Seven Summit Treks told Xinhua on Friday, quoting the team leader.

"It's definitely challenging, but we have a very strong and experienced team. So I am confident that we can achieve the goal if the weather favors us," Tashi Lakpa Sherpa had told Xinhua in Kathmandu, before leaving for expedition.

According to the company, the highest point reached by the team will be recorded just below Camp III, which is at an altitude of 7,200 meters. The company informed that it would take at least three days for the weather to be normal, which would put them past their planned date of ascent.

According to the regulation, the last day of February is the end of the winter climbing season, which means their winter ascent validity permits would also expire.

"All the team members are safe. They will reach the base camp today and will fly back to Kathmandu on Saturday," Thaneshwar Guragai, expedition company manager, told Xinhua.

The Winter season is usually regarded as the off season for Qomolangma expedition owing to extreme wind, cold and snow. Generally, the whole expedition is carried out from one to two months in April-May due to the acclimatization process and for weather reasons.

The last winter expedition in Qomolangma, which is known as Sagarmatha in Nepali language, was in 1993 by a foreign team, according to the Department of Tourism (DoT), the authorized body to issue climbing permits.

The two other foreign teams who had received permits for winter season have also cancelled their expedition.