CULTURE Helping others can be beneficial, study says

Helping others can be beneficial, study says 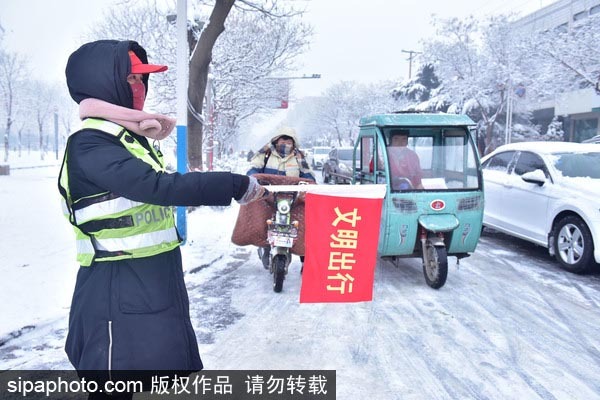 As the old saying goes, "one good turn deserves another", and scientists have proved that good deeds really improve health.

Researchers from Peking University found altruistic behavior－defined as putting the well-being of others before our own without expecting anything in return－can relieve physical pain. Their findings were published in the Proceedings of the National Academy of Sciences on Dec 30.

Volunteering, for example, has been shown to reduce stress and ease depression. It can reduce the risk of cognitive impairment. It means that the areas of the brain that respond to pain are deactivated by altruistic acts, according to the studies.

The researchers asked 287 people to participate in various scenarios in which they performed good deeds under certain conditions.

One group donated blood after an earthquake, while another helped revise a handbook for the children of migrant workers.

In another study, participants were asked if they would donate money to orphans and then underwent magnetic resonance imaging scans while receiving a painful shock to their hands. The scan results showed that the brains of those who agreed to donate reacted less to the electric shock.

Wang Yilu, the lead author of the studies, writes: "We find consistent behavioral and neural evidence that in physically threatening situations, acting altruistically can relieve painful feelings in human performers.

These findings shed light on the psychological and biological mechanisms underlying human pro-social behavior and provide practical insights into pain management. The researchers recommend more studies be done on how altruism can be incorporated into behavioral therapies to treat pain.

In your New Year's resolutions, performing good deeds may well benefit not just the recipient but the doer.