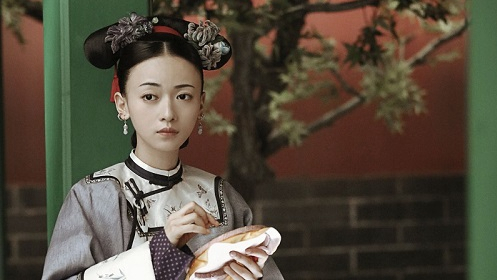 This summer, more than 700 million people – half of the nation's population – tuned in on a single day to watch the "Story of Yanxi Palace." The television series, set in 18th century Beijing during the Qing Dynasty (1644-1912), portrays the world of concubines in China's imperial palace. The viewers were however not only fascinated by the stories but also drawn to the historical fashions.

"No TV show before us has put together so many intangible cultural heritage artifacts. We spent a huge amount of money on it, but with good results," said Yu Zheng, producer of the television show. "In the end, we found the most beautiful things are from China."

Many may still remember Rihanna and her Met Gala couture outfit handmade by a Chinese designer. From Gucci, Valentino, to Louis Vuitton, Chinese costumes have inspired many major fashion labels' collections in recent years. The imperial consort in the show wears a cape that looks very similar to what a Burberry model wore in 2017.

A skilled craftsman made the hand fans used in the show. Admired for their elegance and refinement, the fans went out of stock on online shopping platforms. Besides, the exquisite hair accessories the concubines wear were based on designs preserved in the Palace Museum in Beijing. They are velvet flowers, the intangible cultural heritage of east China's Nanjing.

Velvet flowers also appeared in "Ruyi's Royal Love in the Palace," another popular Chinese television series. Despite receiving mixed reviews, the show won acclaim over its exquisite costumes and lavish sets. Chinese online show "Ashes of Love" has also been recognized for its impeccable carvings and embroideries. It seems the Chinese fashion heritage in "Yanxi Palace" is making an impact, with no signs of cooling off.