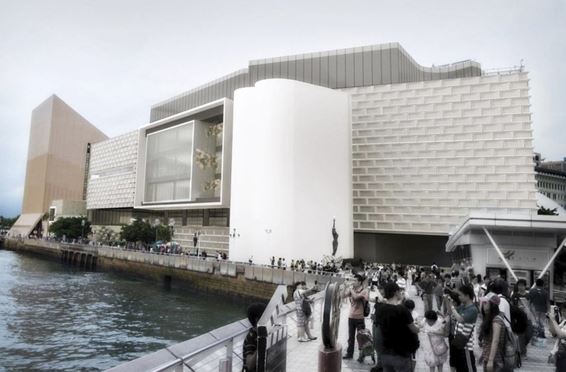 The HKMoA, along with two world-class museums under construction, namely the M+ Museum and the Hong Kong Palace Museum, will stand as unique landmark for culture, arts and tourism on the Victoria Harbour waterfront, thus raising Hong Kong's art and culture to a higher level, Lam said.

Having been closed since August 2015 for a major expansion and renovation, the HKMoA reopened on Nov. 30.

After expansion, the total exhibition area has increased by about 40 percent and the number of galleries has increased from seven to 12, including a two-storey gallery allowing the display of large-sized artworks.

A number of new features of a modern architectural design were introduced to the HKMoA. The connection between the Art Square in Salisbury Garden and the outdoor Art Corridor was also enhanced.