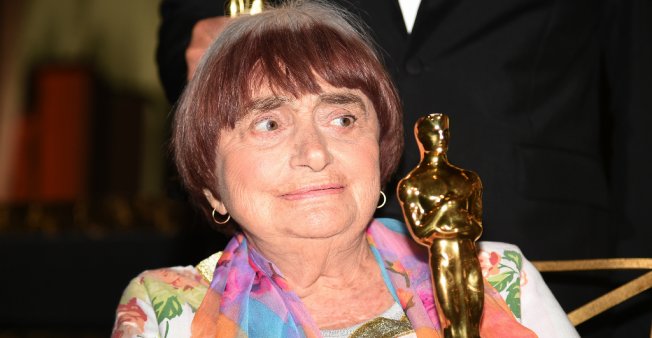 Eighty-nine-year-old Belgian-born cinema great, Agnes Varda, on Saturday received one of Hollywood’s highest awards, an honorary Oscar, for her role as the sole female filmmaker who was part of the historic New Wave in France.

The honour was handed out to Varda, and four other directors including Donald Sutherland, at the annual Governors Awards in Los Angeles on Saturday.

“I got many awards,” she said. “Here in the Mecca of cinema, Hollywood, I’ve received the best one,” Varda said in her acceptance speech.

The awards were first held in 2009, jettisoning the lifetime achievement winners from the primetime Oscars broadcast. In recent years, the film academy has often used the awards - which are selected by the academy's 54-member board - to reward a diverse group of filmmakers who have escaped the notice of the Oscars. Varda never received an Academy Award nomination, nor did her fellow honoree Charles Burnett, the groundbreaking independent filmmaker of "The Killer of Sheep."

Varda's achievements are well-known to cinephiles, however. Her 1956 film, "La Pointe Courte," is credited as the first film of the New Wave. Her real-time 1962 masterpiece, "Cleo from 5 to 7," is considered one of the era's high points.

Originally a photographer, her films, from the fierce feminist 1985 landmark "Vagabond" to her tender 2009 memory sketch "Beaches of Agnes," have charted a more eccentric and often whimsical path than many of her New Wave contemporaries. She's small in stature but her dual-toned bowl-cut hairstyle is, like her movies, immediately identifiable as her own.

"Life comes through the frame and through the stock. It's like a filter," Varda said in an interview earlier this year. "We filter life to make it accessible to us. We want to learn and then give to other people images, song and emotion and discovery. We are artisans. I feel I am an artist but I am a movie maker. I make a film with my hands. I love the editing, I love the mixing. It's a tool to make other people exist. It's giving understanding between people."

Wanted to do ‘radical cinema’

Varda has long been an inspirational, pioneering figure for women directors. When she began making movies, she estimates, there were three women filmmakers in France.

"When I started, my point was not to be a woman. I wanted to do radical cinema," said Varda. "Now, France is a country where 25 percent of the filmmakers are women. We have an incredible amount of women film directors and DPs. More than here, I have to say. Because we have pushed the idea that they can do it, that there's no reason they can't do it. All the jobs of filmmaking can be made by women. And they are smart. And they are strong."

And still Varda is among them. Her latest, recently released film, "Faces Places," co-directed with the 34-year-old street artist JR, is among the year's most lauded releases. In it, the unlikely duo travel the French countryside meeting regular people, hearing their stories and then pasting grand photographic portraits of them across huge real-world tableaus.

"We tried to lighten. The world is such a mess, such a chaos. We decided we should not tell more about the chaos," said Varda. "Maybe we are light. Maybe we like to smile. Maybe we love people so much that we want you to love them also." 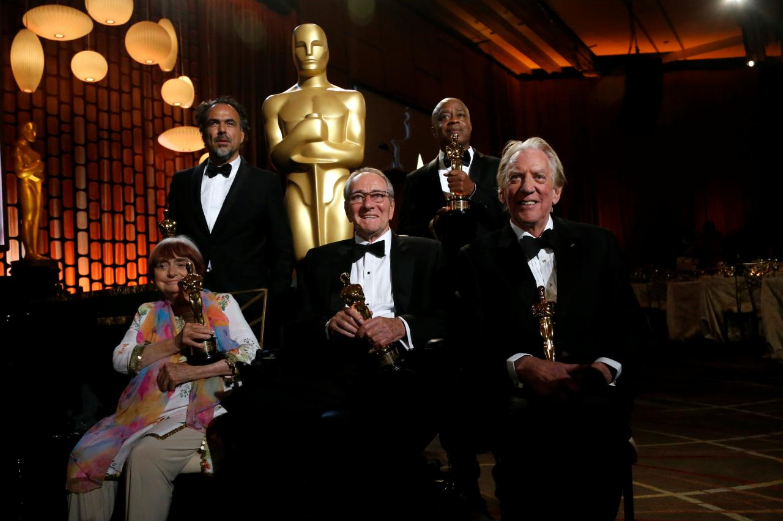 Honoured for a body of work

Veteran Hollywood actor Donald Sutherland said his award “is very important to me, to my family”.

“I wish I could say thank you to the characters I’ve played, thank them for informing my life.”

African-American director Burnett, whose films include “To Sleep With Anger” and “The Glass Shield” was also awarded. In his acceptance speech, he talked of the challenges he faced in telling stories about his community.

“It was incumbent on us to tell our story, our humanity in our way ... using film as a means for social change,” he said.

Mexican filmmaker Alejandro Inarritu, was awarded for his virtual reality film “Carne y Arena” which puts the viewer in the shoes of migrants as they try to cross the US border.

He dedicated his honorary Oscar to immigrants “whose reality has been ignored and held hostage by ideologies and definitions, denying them the possibility of being understood and loved.”

Owen Roizman, who has made films like “Tootsie” and “Straight Time,", was also awarded. Roizman, who garnered a total of five Oscar nominations for his cinematography but had never won, thanked all the collaborators he had worked with. “This night means so much to me,” he said. 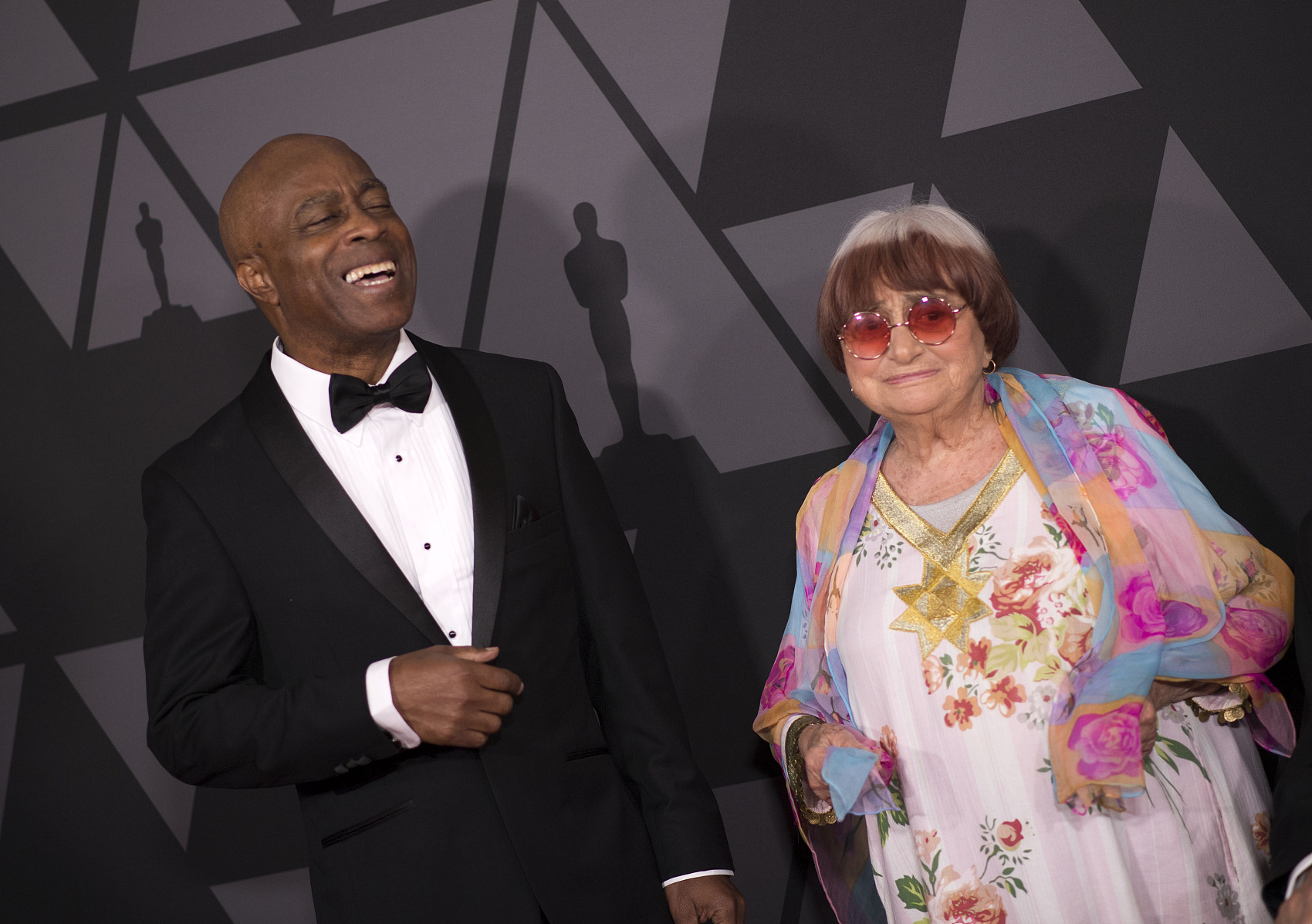