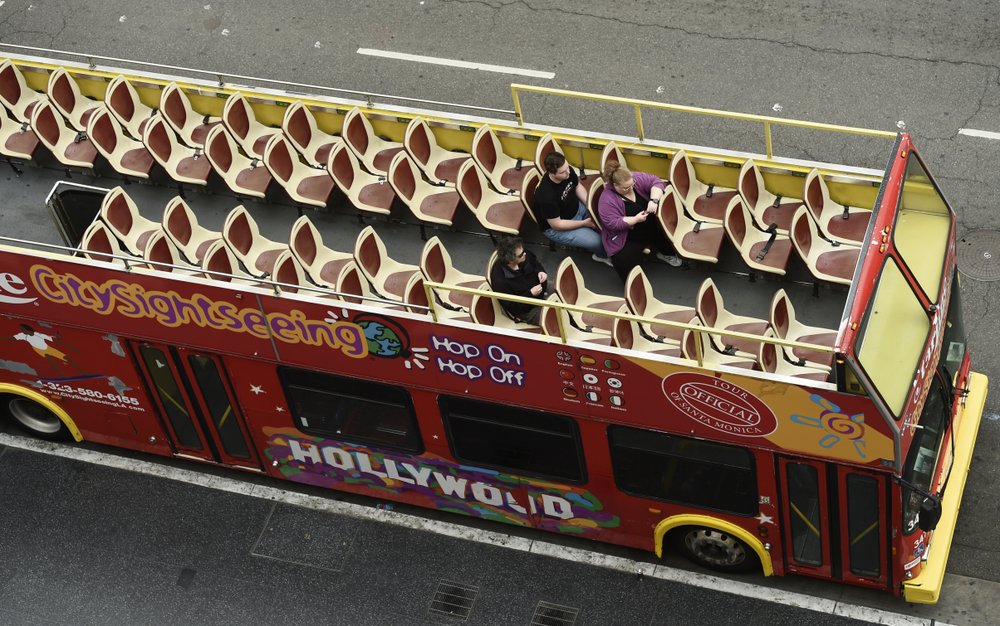 Coronavirus precautions were already popping up in Hollywood: “No handshakes or selfies” signs were posted outside the room where Vin Diesel was promoting his new movie. TV shows started taping without live audiences. South by Southwest, the sprawling film and music festival, was canceled outright.

That was before Wednesday night, when Tom Hanks and Rita Wilson told the world they had tested positive for coronavirus. By Thursday morning, everything had changed.

The entertainment industry went into full retreat. Productions were halted. Film releases, from “F9” to “Mulan,” were delayed. More festivals were canceled. There was not a sector of the entertainment business left untouched by the unprecedented decisions made Thursday to try to slow the spread of the virus.

The Hanks news “really marked a turning point,” said Richard Rushfield, the editor of the entertainment industry newsletter The Ankler.

Not only did it make the virus seem more real to some people, Rushfield said the fact that Hanks was shooting a movie at the time also had a business implication.

“It sunk in that all production was going to have to cease,” he said.

Now everyone is trying to mitigate the damage and move forward, but there are challenges everywhere. There are crews who suddenly don’t have jobs. Some up-and-coming filmmakers now have no festival platform to debut their work and no guarantee that they’ll be accepted next year. Studios have spent big bucks on ads for movies that now won’t hit theaters for six months or more. And frustrated theater owners, already in a precarious position, are wondering if they can survive without blockbusters, or crowds.

“All my clients have been touched by this at this point in varying degrees,” said veteran publicist Michele Robertson. “We’re figuring out what are we able to do. Phoners? What’s in-person and when? Basically, I’ve been on the phone a lot, but it’s all been measured and forward thinking.”

For some, it was too late to change course. Movies like Universal’s “The Hunt,” Sony’s “Bloodshot” and the indie “Never Rarely Sometimes Always” are still opening in theaters this weekend. That’s placed stars and filmmakers in the tricky position of promoting their films while also encouraging people to be safe.

“It’s hard to encourage people to come, right, because you don’t want to be selfish in the sense of ‘I want you to come and have a good time.’ But I also don’t want to put you in a dangerous situation,” said “Bloodshot” actress Eiza González last week. “It puts you in a really difficult situation.”

Reese Witherspoon and Kerry Washington did interviews as planned Thursday for their Hulu series “Little Fires Everywhere,” which has the distinction (and benefit) of being a show that audiences can watch from their home.

“It’s hard to say, ‘Oh, hey, watch a TV show. Maybe, it’ll make it better.’ We want to be very sincere about that. We’re not trying to pitch our wares,” Witherspoon said. “But I do think there is an important time for entertainment.”

For delayed and upcoming releases, studios have gone into overdrive trying to navigate the new reality of quarantines, school closures and social distancing.

“We are all struggling to wrap our heads around this,” said Lisa Schwartz, the co-president of IFC Films and Sundance Selects. “We’re getting on the phone every two hours with senior management discussing what’s happening and trying to be as responsible and responsive as we can in the face of a lot of uncertainty.”

IFC Films is pushing back the theatrical release of Hirokazu Kore-eda’s “The Truth,” with Catherine Deneuve, Juliette Binoche and Ethan Hawke. At the same time, it’s also leveraging its own streaming service, IFC Films Unlimited, to provide in-home options for entertainment.

“It’s been interesting to watch in the last two weeks an uptick in people seeking more in-home entertainment,” Schwartz said, adding the company is tailoring its social advertising to reflect what people are talking about. “This week the conversation is about limiting travel and not being able to go to Europe, so we’re going to do posts about our films like ‘The Trip’ and ‘The Trip to Italy.’ We’re trying to remind people that there are ways to escape even if they are home-based.”

But there are more unknowns than anything else and everyone is clinging to the hope that when the dust settles, business will return to normal.

“We’ll see how long it lasts and how devastating it is or isn’t at the end of the day,” said one major studio distribution executive who spoke on the condition of anonymity. “Hopefully when things get a little back to normal, people will be rushing out to theaters because they haven’t been there in a while.”

There is the very real possibility that some theaters might not survive a few months without revenue.

“All this is happening in the context of an industry that was already weakened,” Rushfield said. “There is no slack in the business to absorb this.”

Yet in the disruption, Rushfield said, we may finally get an answer to the question that has been vexing the theatrical business for years.

“A lot of analysts have been talking about how the old theatrical model is outdated and streaming is the future of Hollywood,” he said. “Now we get a chance to see how that works out.”