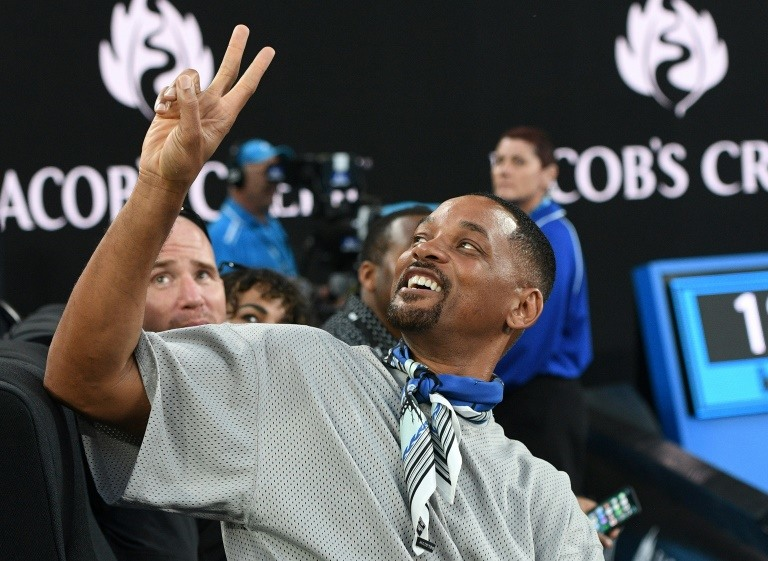 Hollywood heavyweight Will Smith says he's now hooked on tennis after being courtside at the Australian Open to see Nick Kyrgios topple Jo-Wilfried Tsonga in a Grand Slam classic.

"This match last night was CRAZY!! @klnkyrg1os vs @tsongaofficiel ... WOW! I haven’t been to many Tennis matches. But, Now... I’m pretty sure I’m hooked!" he said on Instagram Saturday.

Kyrgios is huge fan of the actor, producer and comedian and admitted after the match he was a bit star-struck when he realised he was watching.

"No joke, he's like my favourite actor. I get asked if one person were acting your life, I'd always pick him," said the 22-year-old, seeded 17 at Melbourne Park.

"It was surreal seeing him. You know, I was talking to him in the third set. I kept looking at him. I was like, 'I got to break the ice, I got to say something'."

Asked what he said, he replied: "I said, I watched a load of your movies a bunch of times. It was pretty cringe, but it broke the ice."

The pair met afterwards and had their picture taken, and Kyrgios was impressed.