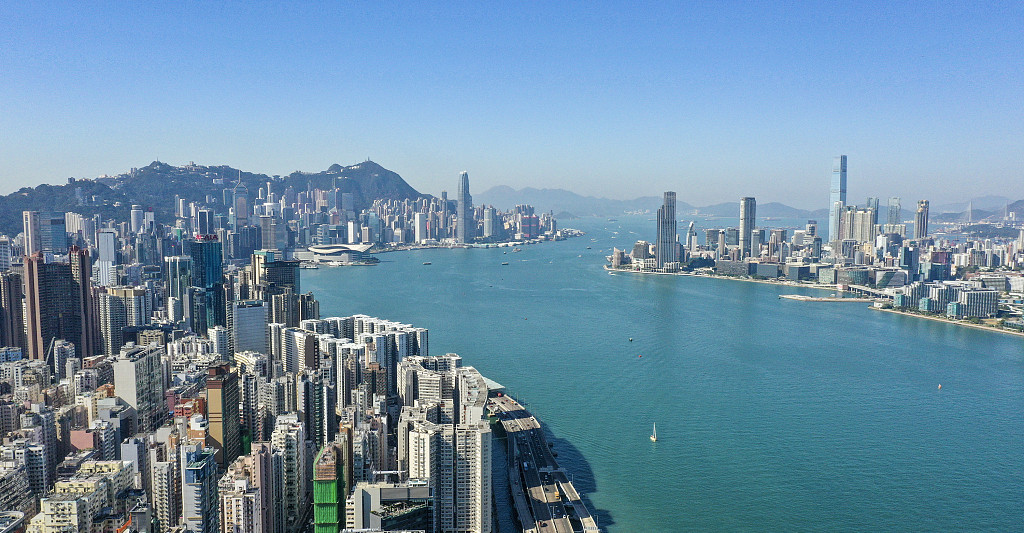 The Chinese version of the first volume of the Hong Kong Chronicles, Overview and Chronology, presents a detailed overview of Hong Kong's local history between ancient times and 2017. It was launched in December 2020.

At the launching ceremony of the English volume on Wednesday, Chief Executive of the Hong Kong Special Administrative Region (HKSAR) John Lee said that the publication of this first volume of the series in English is a fresh opportunity to tell the success story of Hong Kong.

"In addition to knowing the story of Hong Kong, reading the Hong Kong Chronicles will also enhance our understanding, and appreciation of the nation we are all so proud to be part of. That includes not only the history we share, but the future we can look forward to," he said.

Liu Guangyuan, commissioner of the Chinese foreign ministry in the HKSAR, said at the ceremony that the chronicles also recorded the practice of "one country, two systems", which has proved an effective system to ensure Hong Kong's lasting prosperity.