Hordes embark on flights of fantasy 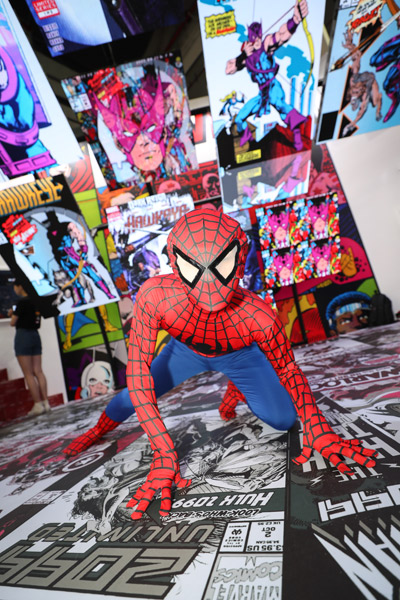 It was a rainy morning, but I felt as if I had woken up in a dream world as I peered through the window of my Hangzhou hotel room to see hoards of costume-clad fantasy aficionados waiting in long lines to enter the expo hall of the 15th China International Cartoon & Animation Festival.

Amid this sea of outlandishly-dressed enthusiasts－some of whom could be seen lugging suitcases filled with a diverse array of wigs, clothes and makeup items－I could make out a Spider-Man, a Fox Spirit (a character from the 2018 China-US film White Snake) and a dozen other popular fantasy figures acted out by role-playing fans.

It was April 30, the first day of the six-day annual festival, the largest and most influential of its kind in China.

Serving for years as a carnival to celebrate comics and animation culture, the festival－which takes place in 13 venues across Hangzhou in Zhejiang province－attracted nearly 1.44 million visitors and banked over 2.52 billion yuan ($374 million) during the recent May Day holiday. 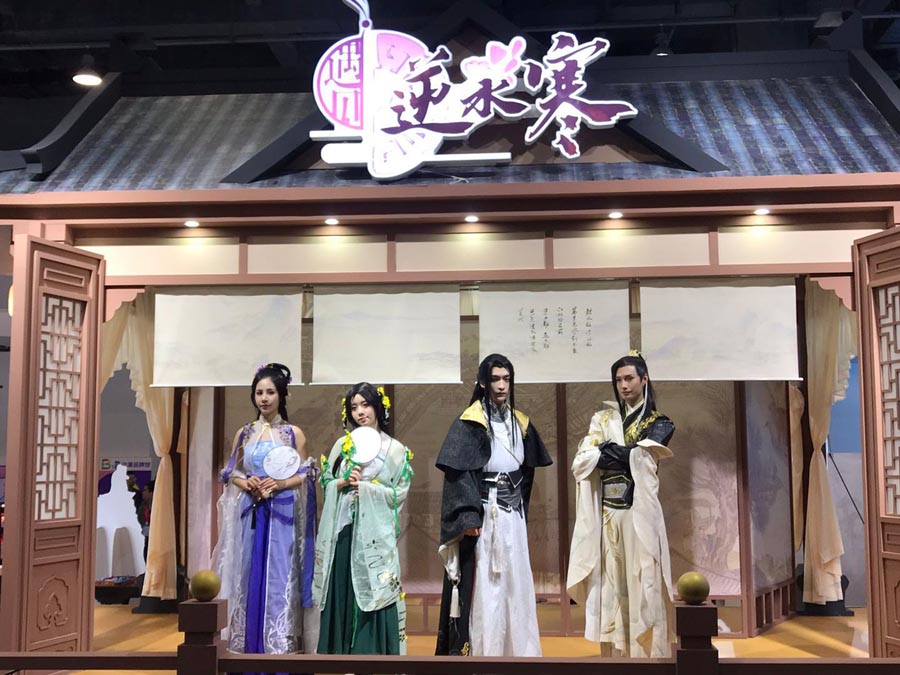 Fans dress up like their favorite characters in a popular computer game at the 15th China Cartoon& Animation Festival.

Besides catering to fans, the festival has also acted as an industry platform to exchange ideas and examine trends.

With participants from 86 countries and regions, this year's event attracted nearly 5,800 industry insiders from 2,645 companies and organizations, who signed 1,368 deals and cooperation agreements worth up to 14 billion yuan.

A report released during the festival says Chinese cinemas screened 34 domestic animated features that grossed 1.62 billion yuan in total in 2018, a rise of 13.3 percent on the output and a 24.5 percent increase in revenue, respectively, compared to 2017.

For many international filmmakers, China's expanding cartoon and animation industry has gripped their attention.

As one of the guest speakers of the festival's master classes, D'Ambrosia joined Disney in 2011 and has played a crucial role in steering the company to the top of preschool TV networks in the United States consecutively from 2013 to 2018.

He visited China for the first time in 2001, where he noticed that "the business had just started".

"It's such a difference visiting today to see so many different animated productions being done in China. Chinese writers, directors and animators have really jumped into rich storytelling and created really fascinating worlds that the global audience will enjoy seeing," he says.

Over the past eight years, D'Ambrosia has overseen production of such popular Disney Junior's shows such as the Emmy Award-winning Sophia the First and The Lion Guard, which is based on Disney's Oscar-winning 1994 film The Lion King.

Speaking about the key to appealing to children aged between 2 and 7, he reveals that the tales his team creates are built on down-to-earth research.

"We actually do go into preschools and talk to children about the stories and the characters. So we find their words very valuable and adapt our stories to make sure that they not only comprehend the stories but also relate to the aspirations of the characters," says D'Ambrosia.

The studio's 2018 smash hit Spider-Man: Into the Spider-Verse won a string of awards, including the 91st Oscars' best animated feature, thanks to its unique look that combines computer animation and traditional hand-drawn techniques.

Speaking of developing a formula for making hit movies, Marsden says: "It begins with characters. If you can create a character that is beloved, charming and appealing, and touches the hearts of an audience, you are well on your way to creating a successful animated movie that can cross all borders."

If Hollywood's experience leads it to focus primarily on the characters they create, Japanese director Hayato Date says he believes that voice-over dialogue is another important factor affecting the success of any animated work.

Best known for the manga-adapted animated TV series Naruto and Naruto: Shippuden, Date reveals that he has developed a particular method which gathers all the voice artists together to record the scenes. 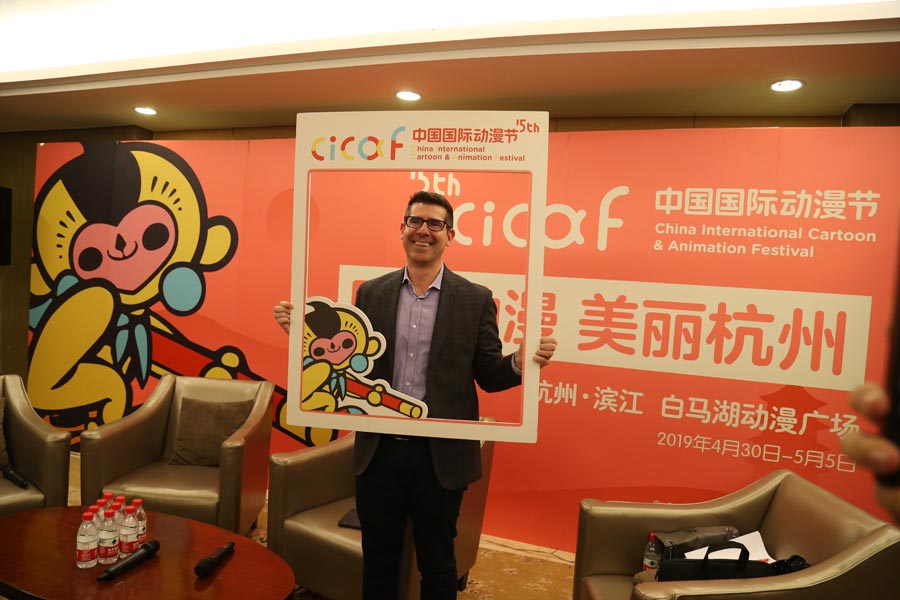 Instead of the traditional way where a voice artist records lines alone, this collaborative approach allows the voice-over performer to see the emotional changes acted by others, prompting a natural reaction from an individual performer, according to Date.

"I heard that some foreign fans are learning Japanese so that they can understand the original version. We're very proud of that," says Date.

He adds that he hopes Chinese animators will continue to take inspiration from their own culture and similarly encourage overseas audiences to learn Chinese.

Currently codirecting the anime series Magmell of the Sea Blue, a Sino-Japanese animated series adapted from a Chinese comic book story of the same title, Date says he still marvels at the story's sophisticated narrative, which centers around the adventures of a rescuer of explorers on a newly formed continent.

Marsden reveals that Sony is partnering with Base Animation in Xiamen, East China's Fujian province, to produce the animated feature Wish Dragon.

With its story set entirely in Shanghai, the English version features the voices of action superstar Jackie Chan and Constance Wu, who is best known for the 2018 US romcom Crazy Rich Asians.

South Korean producer Hongjoo Ahn, the creator of The Nub Job franchise and a speaker at the festival's master class, reveals that he is currently working on two animated films with strong connections to China.

One is Mean Margaret, a China-US production based on the novel of the same name by American writer Tor Seidler. The other is Songhua, an original story inspired by the annual ice festival in Harbin, the capital of Heilongjiang province.

"We have been working closely with Chinese animation talents and studios for many years. We have seen an amazing pace of growth in this industry. The cultural and technological advancements are leading us into a golden age where we can create content based on Chinese stories that we feel can play globally," says Ahn.