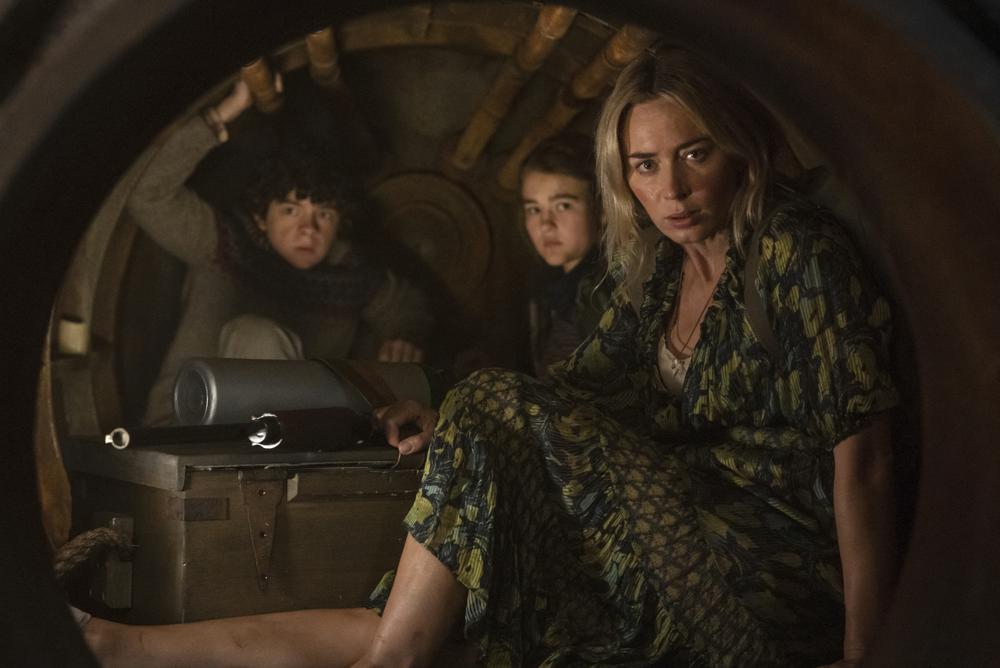 The sequel to the 2018 film "A Quiet Place" smashed the record for the biggest opening weekend of the COVID-19 era in North America previously held by Warner Bros. and Legendary's monster film "Godzilla vs. Kong" which opened to 32.2 million dollars last month.

American filmmaker John Krasinski directed and co-wrote both Quiet Place films about a family surviving in a post-apocalyptic world inhabited by blind monsters with an acute sense of hearing.

Emily Blunt, Millicent Simmonds and Noah Jupe reprise their roles from the first film. Following the deadly events at home, the family must now face the terrors of the outside world in the sequel as they continue their fight for survival in silence. Forced to venture into the unknown, they quickly realize that the creatures that hunt by sound are not the only threats that lurk beyond the sand path.

The film holds an approval rating of 91 percent based on 211 reviews to date on review-aggregation website Rotten Tomatoes and an A- on CinemaScore.

The strong performance of "A Quiet Place Part II" was applauded by Hollywood. The Hollywood Reporter, one of Hollywood's biggest trade publications, commented that "the sequel's loud performance is a victory for Paramount and the theatrical experience, and proves that the box office is righting itself after 15 months of being ravaged by the COVID-19 crisis."

Variety, another top Hollywood trade publication, also noted that "after a brutal year and change for the movie theater business, the North American box office is finally showing signs of life again."

Directed by Craig Gillespie and starring Emma Stone and Emma Thompson among others, the film, set in 1970s London amid the punk rock revolution, follows a young grifter named Estella, as she explores the path that will lead her to become a notorious up and coming fashion designer known as Cruella de Vil.

Lionsgate's horror film "Spiral: From the Book of Saw," the ninth and latest one of the Saw series, moved to third place with 2.27 million dollars from 2,641 locations in its third weekend, pushing its North American cume to 19.78 million dollars.

Directed by Darren Lynn Bousman and starring Chris Rock, Samuel L. Jackson and Max Minghella, the sequel follows a police detective who is unwittingly entrapped in a deepening mystery and finds himself at the center of a killer's morbid game.

Directed by Guy Ritchie, the film stars Jason Statham as a mysterious and wild-eyed new cash truck security guard who surprises his coworkers during a heist in which he unexpectedly unleashes precision skills.

Disney's animated action-adventure film "Raya and the Last Dragon" continued to show its box office endurance, rounding out the top 5 with 1.99 million dollars from 2,015 locations in its thirteenth weekend. The film has grossed 50.86 million dollars in North America.

Directed by Don Hall and Carlos Lopez Estrada, the film inspired by Southeast Asian culture and set in the fantasy land of Kumandra, follows a young girl who sets off on a perilous journey to find the legendary last dragon to help unite her fractured land and save her divided people from an ancient evil force that threatens them all.