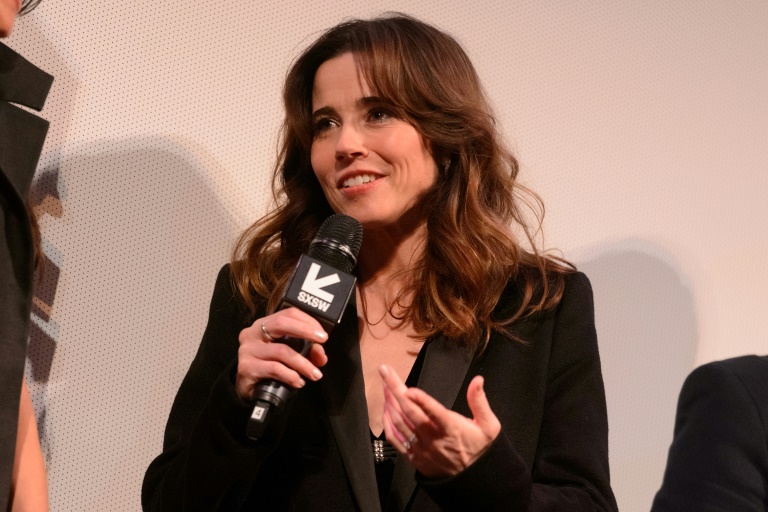 Linda Cardellini, who plays a social worker investigating the disappearance of two children in "The Curse of La Llorona," is seen here in a March 16, 2019 file photo taken at the film's world premiere in Austin, Texas. (Photo: AFP)

For Warner Bros., the release this weekend of "The Curse of La Llorona" brought good news and bad: the horror film topped all comers in North American theaters, but it did so on the worst weekend overall in years.

But the overall box-office total of $112 million was the lowest for an Easter weekend since 2005, the Comscore site said, with no new blockbusters coming out.

"Curse" stars Linda Cardellini, Raymond Cruz and Patricia Velasquez in the story of a mother in 1970s Los Angeles trying to protect her children from a ghost -- a story loosely based on the "Weeping Woman" tale from Mexican folkore.

In second place this weekend was Warner Bros.' lighthearted superhero tale "Shazam!", which took in $17.3 million after topping the box office for two straight weeks. It stars Asher Angel as Billy Baston, an unhappy foster kid who becomes a muscular and witty superhero (Zachary Levi) when the secret word is pronounced.

Disney's new "Breakthrough" took in $11.1 million, considered a solid start for a faith-based movie. It tells the story of a mother (Chrissy Metz) who refuses to abandon hope after her adopted son (Marcel Ruiz) falls into an icy lake and goes into a coma. NBA star Stephen Curry produced the film, his first such effort.

Disney's "Captain Marvel" placed fourth at $9.1 million, up a surprising two spots despite being in its seventh week in release. The blockbuster, now well past the $1 billion mark worldwide, stars Brie Larson as a former fighter pilot who gains superpowers and is plunged into a galactic conflict.

And in fifth was Universal's "Little," at $8.5 million. The idea for the comedy -- which has a grown-up (Regina Hall) trapped in a 13-year-old version of her own body (Marsai Martin of "black-ish" fame) -- came from young Martin herself, who was inspired at age 10 when she saw the Tom Hanks hit "Big," in which a child is trapped in his adult body.