CULTURE How a Chinese wildlife photographer took the award-winning photo out of 48,000 entries

How a Chinese wildlife photographer took the award-winning photo out of 48,000 entries 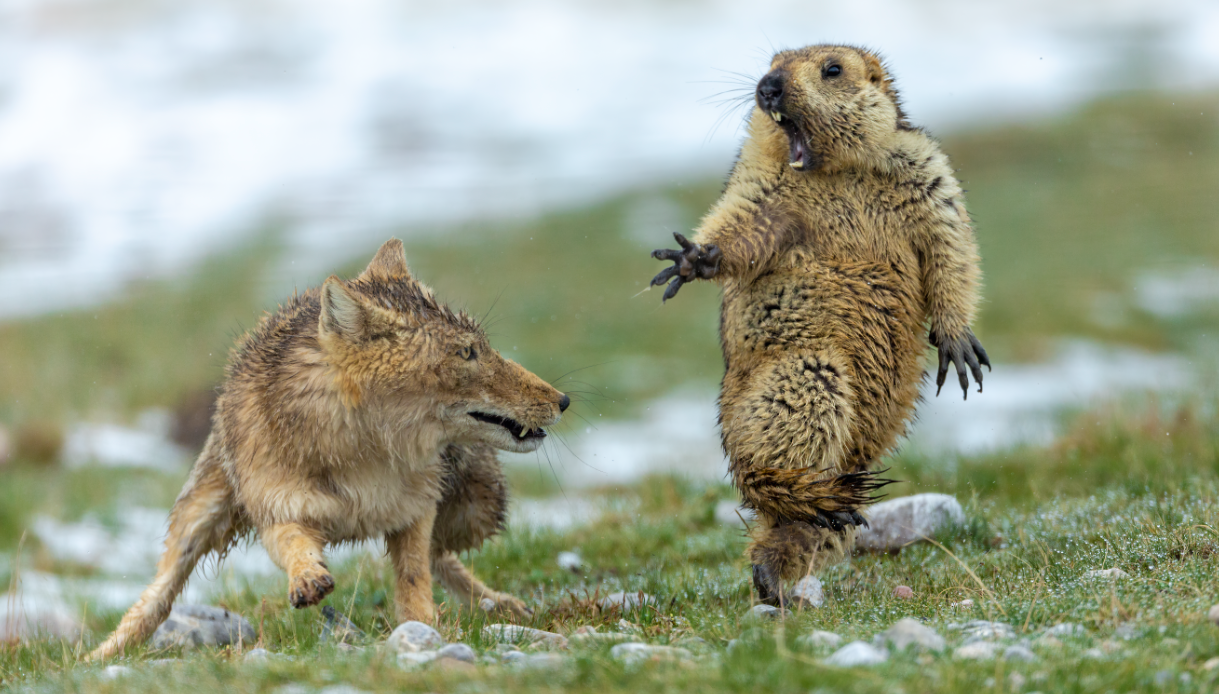 For Bao Yongqing, a photographer from Northwest China's Qinghai Province, it is "a surprise" to win the world's most highly respected competition for wildlife photography, the first time a Chinese photographer has won the prize.

Bao's work, The Moment, which beat out over 48,000 entries from 100 countries and regions to take the top prize of the Wildlife Photography of the Year, depicts two animals, a marmot and a Tibetan fox, coiled in a life and death moment.

Given by the Natural History Museum, the Wildlife Photographer of the Year competition it is an annual international showcase of the best in nature photography.

The image vividly catches the Tibetan fox pounce into attack and the marmot's startled expression.

"The expressive intensity of the postures holds you transfixed, and the thread of energy between the raised paws seems to hold the protagonists in perfect balance," Roz Kidman Cox, chief judge of the prize, was cited by ABC News as saying.

"I feel honored to introduce these wild elves to the international community," Bao told the Global Times. He noted that he wants to show more people the meaning of protecting the nature through his work. 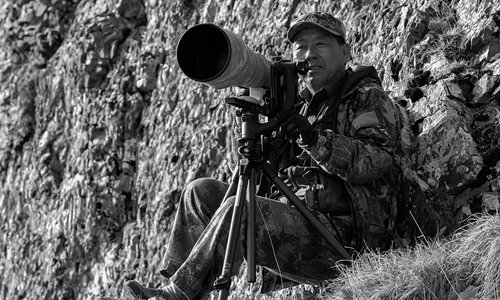 Bao Yongqing during a shoot in the wild. Photo: Courtesy of Bao Yongqing

Making of a masterpiece

Bao said that The Moment was taken in early spring in Tianjun county in the Qilian Mountain national park after he tracked the animals for quite a long period.

The Qilian Mountain area is Bao's hometown and also one of Northwest China's important places for biodiversity protection work. It is also a haven for many wild animals, including the snow leopard, the Himalayan brown bear, the steppe wolf, the Tibetan fox, and the Thorold's deer, also known as the white-lipped deer. The Tibetan fox and the marmot in Bao's picture are species found only in China's Tibetan Plateau. Bao has observed the Tibetan fox for a long time and knows their behavior very well.

He noted that the breeding season of the Tibetan fox is from March to July. The Tibetan fox in Bao's picture is a mother of three cubs and she needs to go hunting early in the morning every day. The mother fox needs to hunt even more because her cubs' appetites grow as they get older. There are fewer chances to successfully catch a pika, but a marmot could keep the cubs full for two days.

Bao said he once took a video of the Tibetan fox hunting the marmot. To capture the hunting moment, he followed the Tibetan fox for many days. "I knew she was trying to hunt a marmot. I waited and observed near her den," he said.

One day, after seeing the Tibetan fox was about to ambush a den of marmots, Bao quickly and covertly placed the camera to get the shot he had been waiting for. "The marmot was very alert and kept sending warnings after finding the fox. But around an hour later, it began to leave the den to find food," said Bao.

"The Tibetan fox waited the opportunity - she jumped toward the marmot and bit it. The two coiled together as the marmot fiercely fought for its life," Bao said, noting that deep in his heart, he hoped the fight ended with the two animals leaving with their lives.

But the law of nature is the survival of the fittest. The story behind The Moment is not as good as Bao imagined. Although the other two marmots joined the fight to drive away the fox, they failed as the fox kept attacking the one that had been injured. The injured marmot was knocked on the ground unconscious and taken away by the fox. 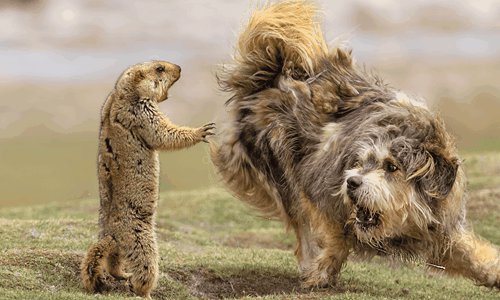 The Standoff, an award-winning photo of a wild dog and a marmot taken by Bao Yongqing on the Tibetan Plateau. Photo: Courtesy of Bao Yongqing

Bao felt depressed when taking the picture especially when he saw the terrified face of the marmot. "But in our planet, every species has its own way of living. Interference from others may lead to an unexpected result," he said.

Not disturbing the animals' lives has become a strict rule for Bao and it also means he often works alone. But the difficulties of bearing loneliness and overcoming high altitude sickness "is nothing" compared with the excellent moment he captured of the animals. As the chief photographer for the Qilian Mountain national park, one of Bao's daily works is to promote protecting the nature and its meaning by showing his photos to tourists.

Bao said "during years of photography, I have come to realize that there is a long way to go in terms of environmental conservation. And we have done a good job in the Qilian Mountain areas in recent years."

The government has made great efforts in protecting nature and residents' awareness has also been increased. "There are more wild animals living in the Qilian Mountain," he said.

"People who are responsible for patrolling and daily protection work in the Qilian Mountain area, local herdsmen who live in the area and my counterparts who also pay attention to animal protection all contribute to my work. Without them, there will be no such a good ecological environment being captured in my images," he said.

He hopes more people will understand the true life of wild animals, love them, preserve them, and protect them. If more people can become friendly to the nature and animals through his work, "that will be the greatest achievements for me in life as a photographer," he said.