How readathon becomes popular in China 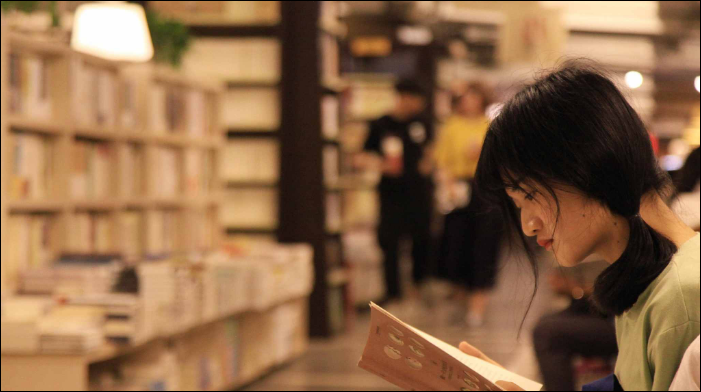 Reading books gains popularity again, as many cities across China have welcomed readathon.

It set a new record in the number of competitors and cities that participated in the long-time book reading activity, which first held in Shanghai in 2016.

Readathon is a foreign word. In 1979, MS Australia, a national voice for people living with Multiple Sclerosis, encouraged Australians to read books to raise funds for patients. Now MS Readathon has been developed into the country's largest reading campaign for fundraising program, with it especially popular among students.

The annual sponsored read program does not confine in Australia. The program has become a custom in the US, Canada and Ireland.

In the United Kingdom, a readathon campaign was organized as part of Children's Book Week. Children will read as many books as they can and collect money from their sponsors for each book read. The funds will be sent to readathon organizers who will invest it in foundations that help cancer sufferers.

Different from Western countries where readers compete for charity, China promotes readathon just for its original purpose – encouraging people to spare some time, reading. The first-ever readathon kicked off both in Beijing and Shanghai on April 23, 2016, the World Book Day.

It was old and avant-garde style SDX Taofen bookstore, located in the heart of Beijing, and Reading Community Development Joint Association, or Dulianhui, held the first readathon in the capital. They called up more than 200 people to enjoy the sheer fun of reading, by finishing a book chosen by readers themselves in a space without interruption.

The Beijing Reading Festival entered its seventh round readathon and was promoted throughout the entire city, with nearly 10,000 readers joining in and universities getting on board for the first time.

Beihang University became the first stop of a readathon relay race, which included dozens of Beijing universities and involved in more than 6,000 students. For each reader who continuously reads a book for four hours, a third-party donor will donate a book to rural girls.

Unlike Beijing readers immersing in their books to spend leisure time, Shanghai readers raced against time.

In Shanghai, selected five-member groups have to read a new but unpublished book in six hours in a competition, and take an examination. In the end, competing groups will know how long they take, their reading speed and quality, as well as their ranking.

The competition has been held semi-annually by the Reading Marathon, the competition organizing committee, and public libraries since 2016, with an increasing number of competitors and cities.

In the past few years, reading marathon competitions varied to cater to different people, ranges from university students, teenagers, to parents and children.

In 2014, a report on Chinese's reading habit showed that Chinese averagely read 4.77 paper books per year and 13.43 minutes per day, much lower than South Korean's 11 books, France's 20 books, Israel's 64 books, according to Chinanews.com.

Why Chinese's attitude on reading changed dramatically in recent years?

The Report at the 19th National Congress of the Communist Party of China points out the necessity to promote reading. “Culture is a country and nation's soul. Our country will thrive only if our culture thrives, and our nation will be strong only if our culture is strong. “

The Report on the Work of the Government for the first time mentioned that the government “encourages the people to read,” which was repeated in the following consecutive five years.

Therefore, it is not surprising to find that local governments backed both readathons in Beijing and Shanghai.

Non-governmental organizations also play a big role. Except for more than 50 bookstores, book-reading communities, universities and a reading research center organized or contributed to the 2017 Beijing readathon. While in Shanghai, the Reading Marathon cooperated with public libraries, university libraries and middle and primary schools.

Some of these organizations provide a place to hold the activity, some invest in human resources in operation, while others help promote the marathon to attract more readers.

Registration has opened for Shanghai University Students Reading Marathon scheduled on October 20 to 21. Do you want to give it a go?