Cai Dafeng, vice chairman of China's National People's Congress Standing Committee and chairman of the university's board of directors, encouraged the university to stick to socialism and patriotism and make more contributions for the long-term prosperity and stability in Hong Kong and Macao as well as China's peaceful reunification. 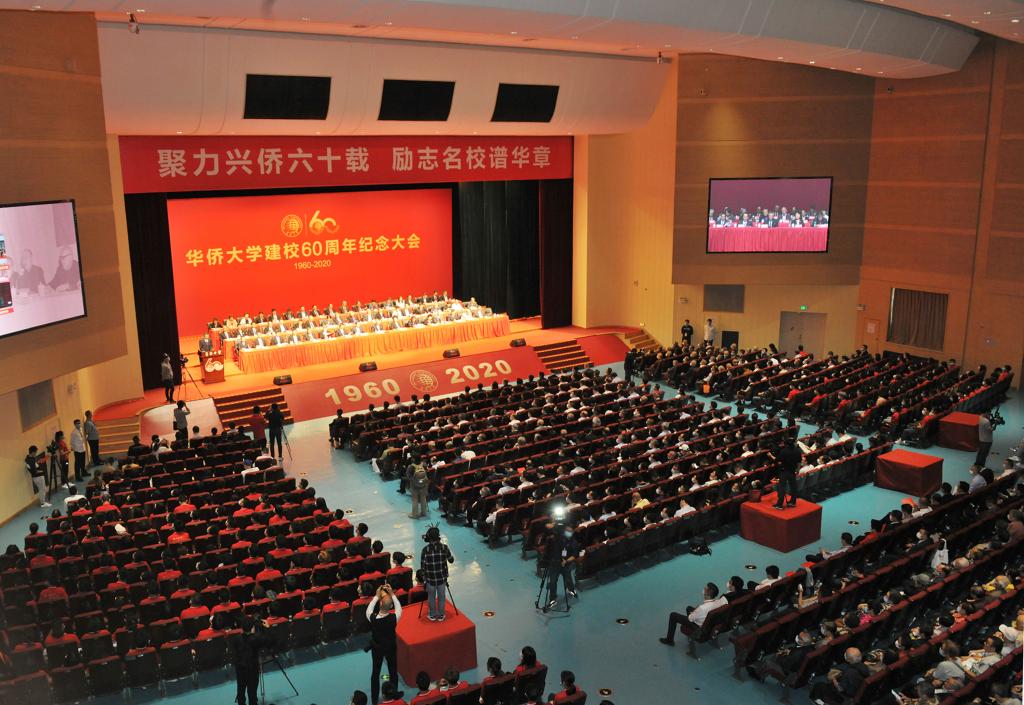 The scene of the 60th anniversary commemorative meeting of Huaqiao University

Tan Tianxing, deputy head of the United Front Work Department of the Communist Party of China Central Committee, expressed the hope that the university could continue to leverage its unique influence among overseas Chinese in helping promote the Chinese culture to the rest of the world.

So far, more than 200,000 students have graduated from the university.