An international cultural center was launched in northern Shanghai’s Baoshan District over the weekend to promote cultural exchange among the countries of the Belt and Road region. 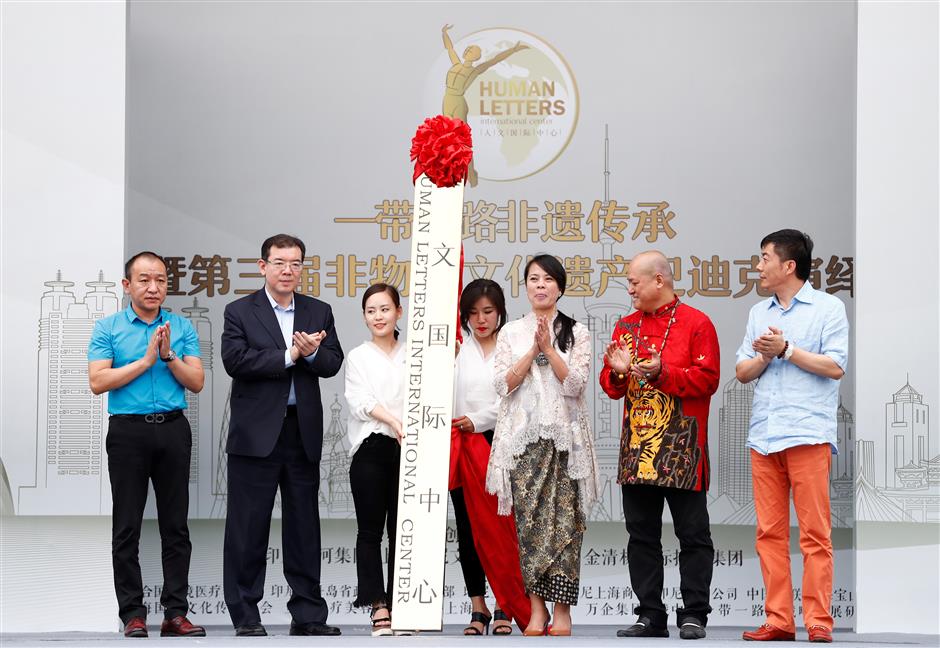 Officials unveil the Human Letters International Center on Friday, which aims to enhance cooperation and development among Belt and Road countries. (Photos: Shine.cn)

The Human Letters International Center was unveiled in the Indonesia Culture and Arts Center where a number of traditional artworks and cultural relics from Indonesia are being exhibited.

A lot of fine examples of Indonesian cultural heritage, especially batik-dyeing skills, were displayed at the center over the weekend to celebrate the opening of the humanity center.

Batik is a technique of wax dyeing applied to clothing originated from Indonesia. Models dressed in various batik clothes presented a fashion show to visitors at the center.

The center will enhance cooperation and development among Belt and Road countries in culture, tourism and commerce and trade, according to Guo Shaoxing, director of the center.

Guo has launched a “new global village” project to promote batik culture dating back over 1,000 years. In October 2009, UNESCO designated Indonesian batik as a Masterpiece of Oral and Intangible Heritage of Humanity.

Models dressed in Indonesian batik clothes present a fashion show at the opening of the Human Letters International Center on Friday.