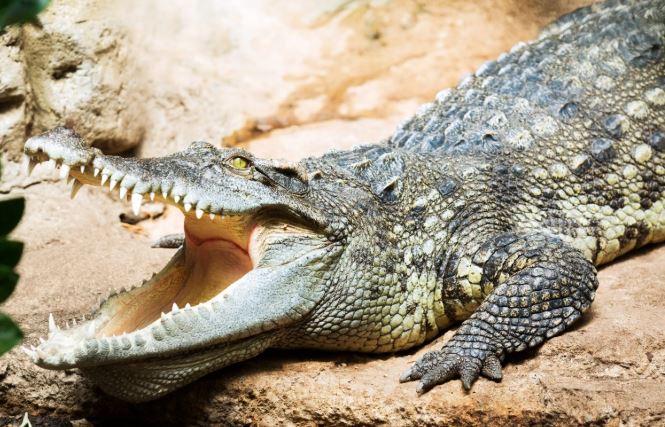 The live crocodiles were found in a den in the city of Fangchenggang on Sept. 21. A total of 16 suspects were caught, including 14 Vietnamese who illegally crossed the border, said Nanning customs.

The crocodiles were trafficked from Vietnam and smugglers intended to transport them to Guangdong Province for profit, according to an anti-smuggling police officer.

The live crocodiles have been transferred to a local wildlife rescue center. Further investigation is underway.

Siamese crocodiles are a critically endangered species native to most Southeast Asian countries. Their skin can be used for making luxury leather products. In China, it is illegal to raise them without a license or to trade and traffic them.