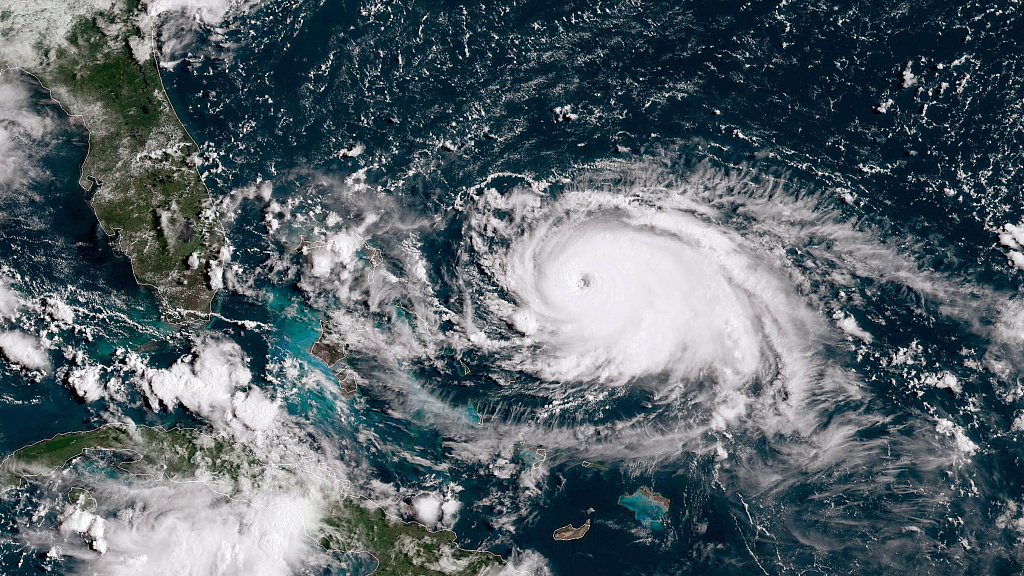 The Bahamas was just months into recovering from one of the strongest Atlantic storms ever to hit land when COVID-19 struck.

Like many countries in the Caribbean who depend heavily on tourism revenues, the archipelago has been dealt another crushing blow by the pandemic as global travel has virtually stalled.

Now its 385,000 residents have to contend with a new hurricane season, which runs from June 1 to November 30. The upshot is that the Bahamas and its neighbors will be under a public safety alert for almost all of 2020.

Compounding matters is the impact of COVID-19 and the physical distancing measures that have been put in place to slow its spread. Some emergency management officials in both the Caribbean and the United States say this could lead more people to decide to shelter in place instead of evacuating during the season.

Scientists expect a higher-than-normal number of storms this year, partly the result of warmer-than-average sea surface temperatures in the tropical Atlantic Ocean and the Caribbean Sea. The U.S. National Oceanic and Atmospheric Administration has forecast that the season will see 13 to 19 named storms, of which 6 to 10 could become hurricanes.

On September 1, 2019, Hurricane Dorian landed on Great Abaco and Grand Bahama islands in the northern Bahamas as one of the strongest storms on record in the Atlantic, with 295 kilometers-per-hour winds.

It caused an estimated 3.4 billion U.S. dollars in losses and damage – more than a quarter of the country's annual output.

"The Bahamas faces an unprecedented crisis as it battles the fallout from two consecutive large shocks," the International Monetary Fund (IMF) said in a news release on June 1 that announced the approval of post-COVID-19 emergency financial assistance worth 250 million dollars to the country.

The next six months will mean a heightened degree of concern within the Caribbean, which is not only one of the most tourism-dependent regions in the world but also one of the most highly indebted per capita.

"It is crazy," said Iram Lewis, Bahamian minister for disaster preparedness, management and reconstruction. "No one could have imagined this."

The pandemic will add to the costs of a region already strapped for cash that, according to the IMF, faces a combined 6.2 percent economic decline this year.

"We can't put as many people into a shelter (with social distancing), which means we must have many more shelters available," St Lucia Prime Minister Allen Chastanet has said.

"We definitely have additional challenges with all these simultaneous emergencies," said William Rodríguez, the public housing administrator of Puerto Rico, which is still recovering from the devastation caused by Hurricane Maria in 2017 as well as a 6.4-magnitude earthquake in January that caused structural damage to roads, bridges and some buildings.

Puerto Rico is a territory of the United States, where the Federal Emergency Management Agency has advised communities to secure "non-congregate" shelters for evacuees, such as hotels, motels and dormitories.

Caribbean nations will likely choose venues that fit their means.

Lewis said the Bahamas has already decided to put evacuees in more traditional classrooms instead of preparing large gymnasiums as they did with Dorian.

Revised preparedness plans also call for search-and-rescue teams and volunteers to be provided with proper protective equipment to prevent the spread of COVID-19.

Complicating the financial landscape for the Caribbean is the fact that the region is excluded from the cheapest sources of international development funding because the per capita incomes of most of the countries mean that they are ranked as middle-income under the World Bank's country classification system. In other words, they are not poor enough.

"We have many middle-income countries in our region ... and many of us are excluded from access to concessional funding even in the midst of this pandemic ...," complained Barbados Prime Minister Mia Mottley and current chairman of the Caribbean Community (CARICOM) to a virtual High-Level Event on Financing for Development in the Era of COVID-19 and Beyond on May 28.

Caribbean nations are among the most vulnerable to climate change and have been experiencing such phenomena as stronger storms and increasing drought that allied to their small size puts heavy pressure on their resiliency.

"It is, therefore, clear that we need additional criteria to determine equitable access and fair allocation – criteria that better take into account that vulnerability which we have,” Mottley said in a speech last month to the World Health Assembly that underlined CARICOM's belief that COVID-19  is a critical moment in the group's campaign to change aid eligibility rules.