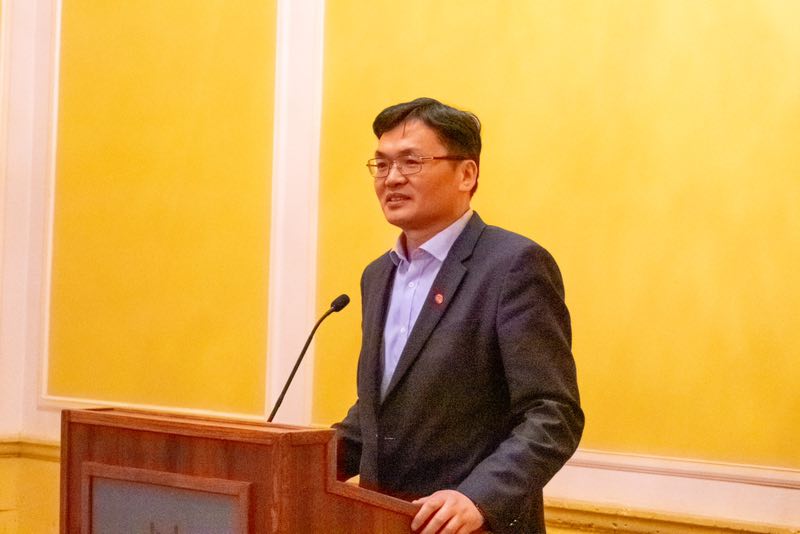 Los Angeles (People’s Daily) -- A visiting delegation from Huazhong University of Science and Technology (HUST) was honored during their recent visit to Southern California.

The delegation attended a dinner gala hosted by the school’s Southern California Alumni Association at the Millennium Biltmore Hotel in Los Angeles.

Zhuang noted the association had made significant contributions in maintaining Sino-US relations while promoting development throughout the Southern California region.  Zhuang also called on members to improve Sino-US academic exchanges which are beneficial for both countries.

Led by HUST Vice President Zhang Xinliang, the delegation consisted of deans and department heads from the university. Zhang noted how HUST alumni had maintained steady academic communication with major US universities.

“Academic cooperation benefits universities from both countries, and achieves win-win,” Zhang said while discussing the academic advantages of the US and China.

Lei Wang, president of the alumni association, said the 500-member association  is one of the largest groups of its kind in Southern California. Many members have made their mark in a variety of fields, including engineering, technology, and medical sciences.

Wang urged members to give back to their alma mater and promote academic exchanges that benefit China and the US.

HUST, located in Wuhan, Hubei Province, is one of China’s top universities. Attendees of the event included alumni board and executive committee members Tim Fu, Ye Feng, and Junze Liu. Michael Zhang and Yong-gang Li from the USA Chinese Scholars Association were also on hand.