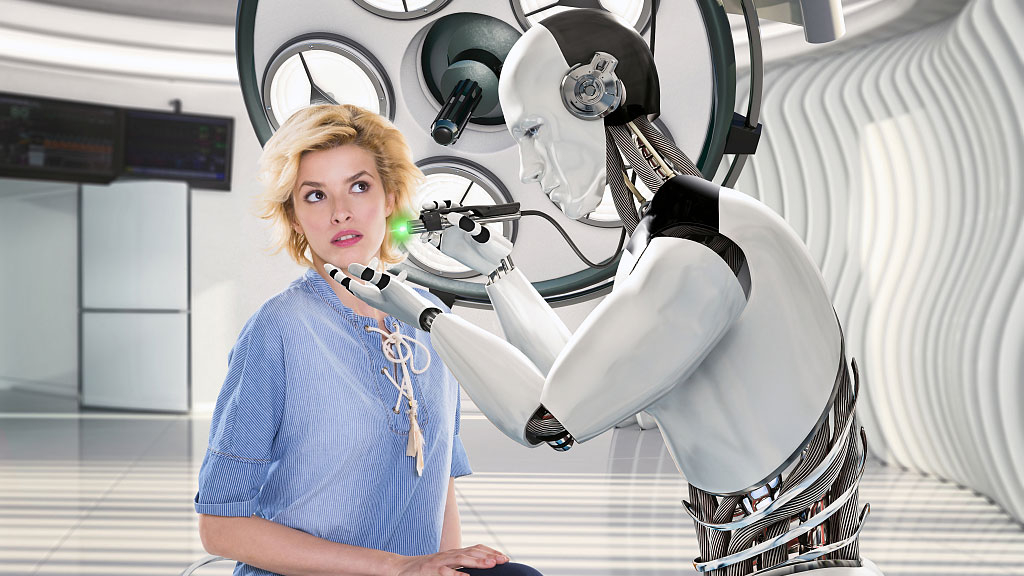 Artificial intelligence (AI) has been a hot buzzword for years. And the hype around the technology is growing like never before. It may have given you a feeling that we are living in an AI-powered world.

But is that true? At the on-going World AI Conference (WAIC) 2018 in Shanghai, think tanks from China and US revealed a general image of the developing progress of AI with numbers.

He showed a graph representing the "AI hype cycle," to separate the reality from the hype.

The graph was updated in July 2018 to represent the latest status.

In Gartner's view, we will only be sitting in autonomous vehicles a decade later despite the huge amount of news reports showing progress.

But AI based speech recognition will be widely used before 2020.

Many AI-based technologies, though much anticipated, may need another five years to see actual application. These techs include AI governance, augmented reality, smart robots, graph analytics and many others.

The same conclusion was also drawn by the China Academy of Information and Communications Technology (CAICT). Head of the academy Liu Duo introduced an update to its "Global AI Industry Map," saying AI industry is still far from matured.

"Although major countries are putting big efforts into the AI sector, only technologies like speech recognition and machine vision is maturing fast to reach practical level," she said.

With that said, the future for AI is as promising as the hype indicated.

"As we all know, AI needs three things to develop: Chips, algorithms and data. These three things are getting massive now," she told the audience.

The yearly growth rate of data used for deep learning will be 24 percent in the next decade. And many companies, especially those in Europe and Asia, are trying hard  to develop faster chips and algorithms to process those precious data.

After the breakout of the China-US trade war, the world has been paying much attention to the AI sector of the two countries.

Is China leading the world AI development instead of the US? Which country will eventually gain dominance in the sector?

Gartner's Phil Todd told reporters at the conference these are not the right questions.

"The development of AI is not a competition between countries. It's a global co-op," he explained.

"The trend of globalization is obvious," added CAICT's Liu Duo.

So what are the right questions to ask then? Liu Duo said, "We may need to pay more attention on how the general public view AI."

"There are a lot of ethical problems we need to solve for AI development. It's too early to draw any conclusions around how should we regulate AI in the future. But we have to start the discussion now," she told CGTN.

"From my point of view, it's dangerous if humans failed to meet a proper consensus before AI is widely applied."