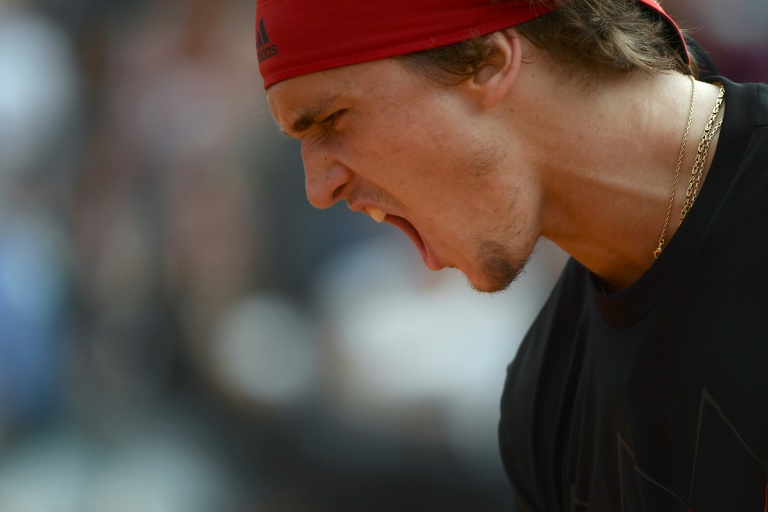 Alexander Zverev is the second seed at Roland Garros after winning the Madrid Masters and losing to Rafael Nadal in the final in Rome.(Photo: AFP)

German star Alexander Zverev insisted on Friday that he should no longer be tagged as part of tennis' 'next generation', as he bids to win his first Grand Slam title at the French Open.

The 21-year-old claimed his third Masters title in Madrid earlier this month and also pushed Rafael Nadal all the way in the Italian Open final last weekend to lay down his title credentials for Roland Garros.

Zverev is seeded second in Paris and could be the biggest threat to Nadal's hopes of winning an 11th French Open crown.

"We have been talking about it for a few years now, so I feel like the best of our generation are already kind of the current generation," he said.

"They shouldn't be called next generation too much. I'm number three in the world right now. (Denis) Shapovalov is on his way up. I think he will be top 10, for sure."

Despite his successes in the Masters tournaments over the last two years, Zverev is yet to take that form into the Grand Slam events, where he has never beaten a top-50 player or reached a quarter-final.

But he is confident it's only a matter of time.

"This year at Davis Cup I have beaten great players. For me, that's the same," said Zverev.

"Those matches are over five sets. They are exactly the same. I have beaten (Nick) Kyrgios in Australia in a Davis Cup tie. Beaten (David) Ferrer, beaten other great players. For me, this doesn't matter.

"We all know I'm going to beat a top-50 player at some point in a Grand Slam. I mean, this is not something I worry about, to be honest."

Zverev came close against Nadal in Rome, leading 3-1 in the deciding set, before the Spaniard reeled off five straight games to win after rain delays.

The two could meet in the final again on June 10, but Zverev admitted that looking too far ahead had been his downfall at previous Grand Slams.

"I'm not trying to think that, you know, I'm going to play Rafa in the final.

"This is a long way ahead, and I'm not trying to think ahead. I have done that before in Grand Slams, and I lost early."

Zverev will start his bid to become Germany's first winner of the men's singles title since 1937 against Lithuanian Ricardas Berankis, with former champions Novak Djokovic and Stan Wawrinka also in his half of the draw.