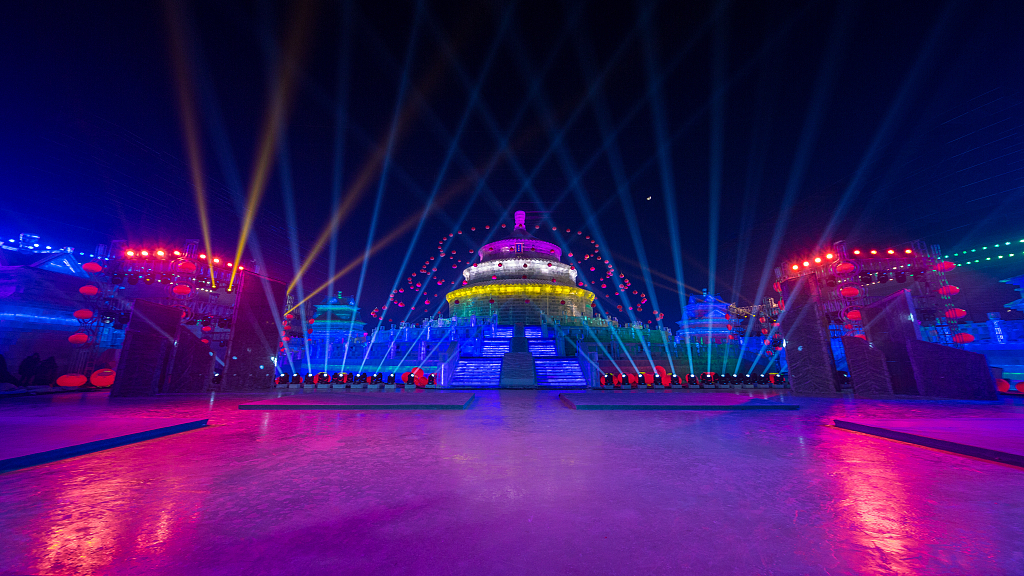 An ice and snow-themed performance season has kicked off in Beijing to celebrate the New Year and pay tribute to the Beijing 2022 Winter Olympics.

A concert featuring classic Chinese and foreign music played by bamboo-made instruments was staged Monday evening at the Cultural Palace of Nationalities, marking the opening of the season that will run through January 2.

Audiences can enjoy music from famous Chinese and foreign films on Tuesday and Chinese songs that have influenced several generations on December 26, according to the event organizer, the Beijing BPA Culture & Arts Development Co., Ltd.

A New Year concert will be staged on December 31 to pay tribute to the Winter Olympics with a combination of Oriental and Western music, according to the organizer.

The performance season is the fifth of an annual event organized around the turn of each year.