CULTURE Iconic fish and meat dishes that are fit for emperors

Iconic fish and meat dishes that are fit for emperors

Dishes of the sweet and sour flavor are popular in the summer season, and children especially love them. 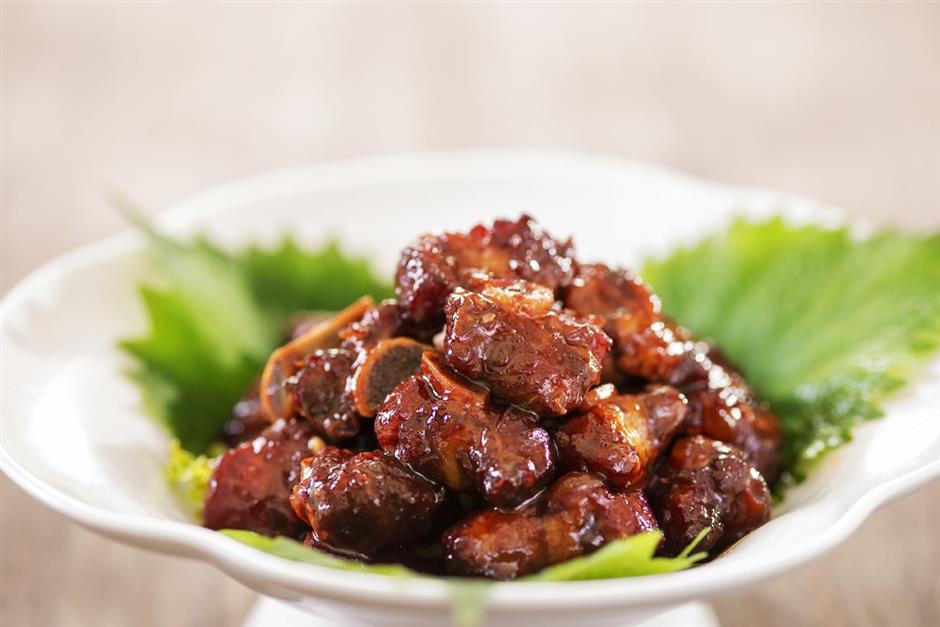 Sweet and sour flavor is especially suitable for the summer season. (Photo: Shine.cn)

Across China, various ingredients and condiments are combined in different ratios to create the most suitable balance of sweet and sour, with sugar, honey, vinegar and vegetables providing the two flavors.

This week, we’ve rounded up some iconic sweet and sour dishes in China that can cheer up the appetite in the hot weather. 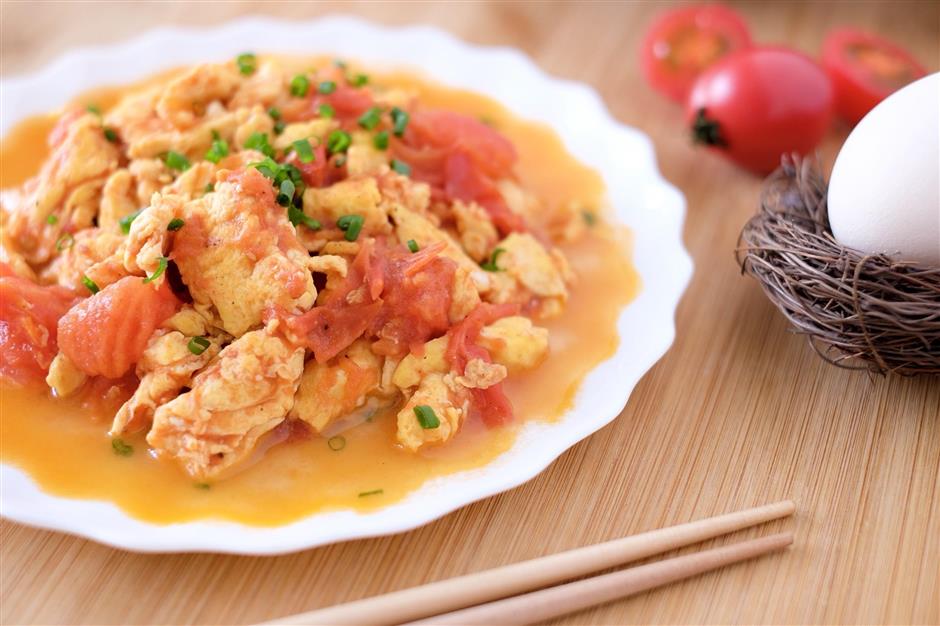 Tomato and egg stir-fry is the first dish many people learn how to make.

When young Chinese people start learning home-style cooking from their parents, tomato and egg stir-fry is one of the first recipes to be taught.

The simple sweet and sour dish is easy to make with readily accessible ingredients — eggs and tomatoes. This dish is also a match made in heaven with rice — nothing can beat the experience of pouring a spoonful of the vibrant sauce on a bed of hot and fluffy steamed rice.

There are two steps. First, scramble an egg and set aside for later use. Then add oil and chunks of ripe tomato, letting the tomato cook on a medium to low heat for a few minutes so the juice comes out. This is a crucial step because adding water too early will dilute the sauce. A little bit of water can be added later.

When the tomatoes are nice and soft in a thick sauce, add the scrambled egg and season with salt and sugar, turn up the heat to reduce the sauce. With a sprinkle of fresh scallions, the dish is ready.

The tomato and egg stir-fry can also be a topping for noodle dishes with or without soup. In some places, the noodles are boiled directly in a tomato and egg soup for intense flavors.

Tomato and egg stir-fry is also a dish that often becomes the center of controversy, due to the differences in recipes as well as its iconic status in Chinese culinary culture.

There has long been a debate about whether tomato and egg stir-fry needs sugar in the seasoning. For a lot of people, especially those who grew up in northern China, adding sugar to savory dishes seems a bizarre thing to do.

In this dish, a small teaspoon of sugar doesn’t necessarily make the taste sweeter, but works as an agent to bring out the flavors from the tomatoes even more.

There’s also an argument over adding water or not to this dish. Some people believe water makes the sauce less flavorful, while others argue that extra water not only produces more sauce in the dish that can be mixed with the staple, but also prevents burning the pan.

Because tomato and egg stir-fry is such a fundamental dish in Chinese cuisine and so representative of Chinese cooking, it’s often featured in TV series, films and advertisements as a centerpiece on the dining table.

In 2017, China Merchants Bank ran an advertisement featuring a Chinese student who was supposed to make a dish for a potluck party eight days after he arrived in the US. His friends are bringing dishes from their cuisine and he chose tomato and egg stir-fry as a signature Chinese dish, which is also very easy to make.

The student sent messages to his parents on WeChat asking for help. It seems a natural thing to do, but remember there’s a nearly 12-hour time difference between China and US, and him calling his parents at noon is actually midnight in China.

First, his parents gave him vocal instructions, but he failed badly. Then his mother got up from bed in the middle of the night and recorded a video of her making the dish. He eventually succeeded.

But the advertisement was widely criticized because, firstly, it’s such a simple recipe that a college student should be able to find it online and follow it easily, and secondly, it was brutal to wake up his parents for something so trival.

Sweet and sour mandarin fish is a classic Chinese recipe from Suzhou in Jiangsu Province that is named songshu guiyu in Chinese, or squirrel-shaped mandarin fish, due to the unique way the fish is presented.

Dating back to the Qing Dynasty (1644-1911), sweet and sour mandarin fish was said to have been praised by Emperor Qianlong.

The dish is notable for the sweet and sour flavor and a special texture of the fish that’s crispy outside and tender inside.

It’s also a very fancy dish often served at Chinese banquets as a main centerpiece. The most difficult part is slicing the fish to achieve the checked cut of the flesh while it remains as whole pieces, which are then marinated with cooking wine, ginger, scallions and salt.

Then, the fish is fried to maintain the blossoming shape. A sweet and sour sauce composed of tomato sauce, sugar, vinegar, salt and corn, peas and carrots is poured over when the dish is served, creating a pleasant sizzling sound that’s likened to a squeaking squirrel. 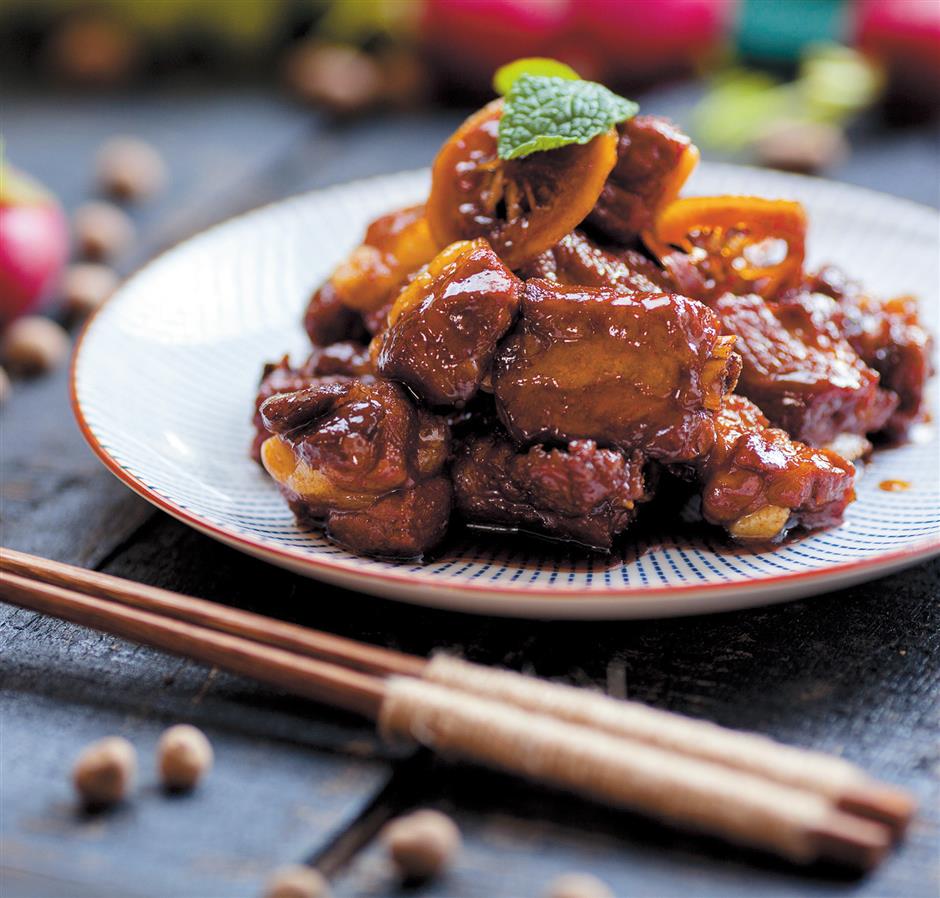 Sweet and sour ribs can be enjoyed hot or cold.

Pork ribs cooked in vinegar and sugar is an iconic dish in Chinese cuisine that can be served hot or cold.

The small pieces of ribs are glossy dark brown in color, not from the vinegar but the sugar.

The technique is called chaotangse, which involves stir-frying sugar with a little bit of water in a wok till it has a clear, dark caramel color. Adding vinegar in the end gets the sweet and sour flavor.

The pork ribs are first boiled in water to remove the blood, then marinated with soy sauce, cooking wine and vinegar before being fried in hot oil. Add the ribs to the sauce, season with salt and soy sauce, then keep stirring so they are evenly coated.

Guobaorou double fries the pork tenderloin and seasons with a sweet and sour sauce.

The dish originated from the Manchurian huangjinrou, or golden pork, which according to legend was created by Nurhaci, Khan of Great Jin and first emperor of the Qing Dynasty. The fried pork dish had to be served as the first dish at imperial banquets.

Guobaorou was a modified recipe created to cater to the taste of foreign guests, making the salty golden pork a sweet and sour dish.

Today, the sweet and sour guobaorou is more popular and widespread than the original Manchurian dish, and it’s easy to make at home. The key is to fry flour-coated pork slices one piece after another to prevent them from sticking together. 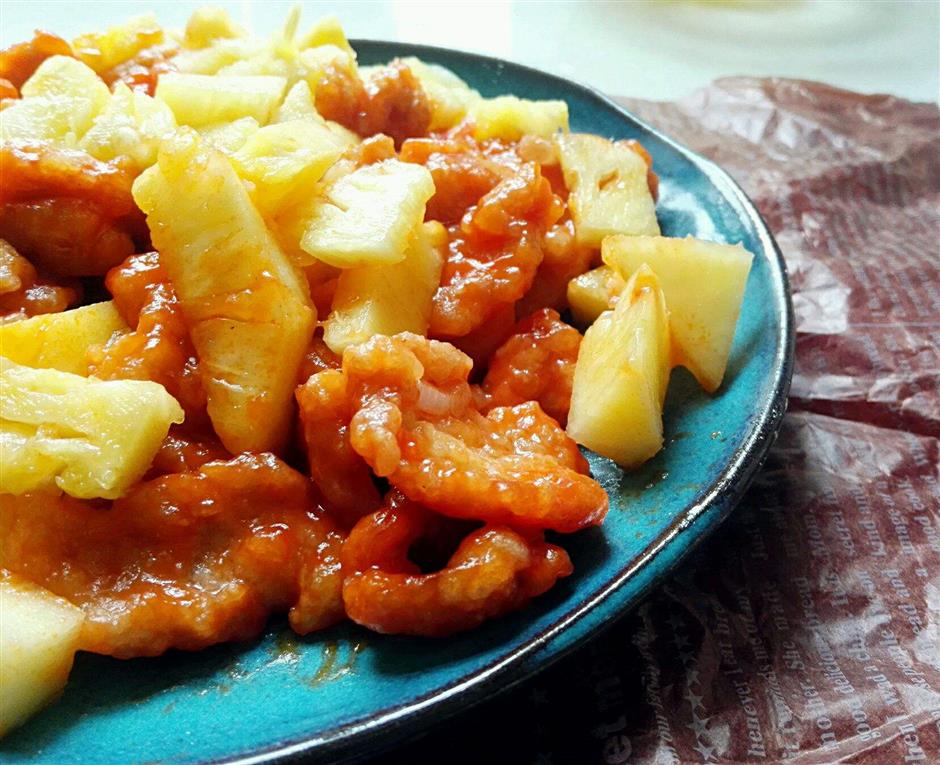 A Cantonese classic, fried pork with pineapple (boluo gulaorou) is a sweet and sour dish that highlights the meaty and juicy fruit.

Although it’s very common in restaurants in China today, this dish was actually introduced to the country by Chinese people who lived abroad. Many people love the juicy, sweet and sour pineapple in the dish, which can instantly whet the appetite.

To make boluo gulaorou, soak pineapple in salt water and marinate the pork chops with pepper, salt, cooking wine, ginger, scallions and an egg. Then mix a sauce of sugar, vinegar and ketchup, also chop some bell peppers.

Then coat the pork in flour and fry twice to get the crispy skin. In a pan, stir-fry the bell pepper and add the pre-made sauce. Pour the fried pork back in and toss well.