CULTURE In Mozambique, a joint fight against climate change and forest loss

In Mozambique, a joint fight against climate change and forest loss 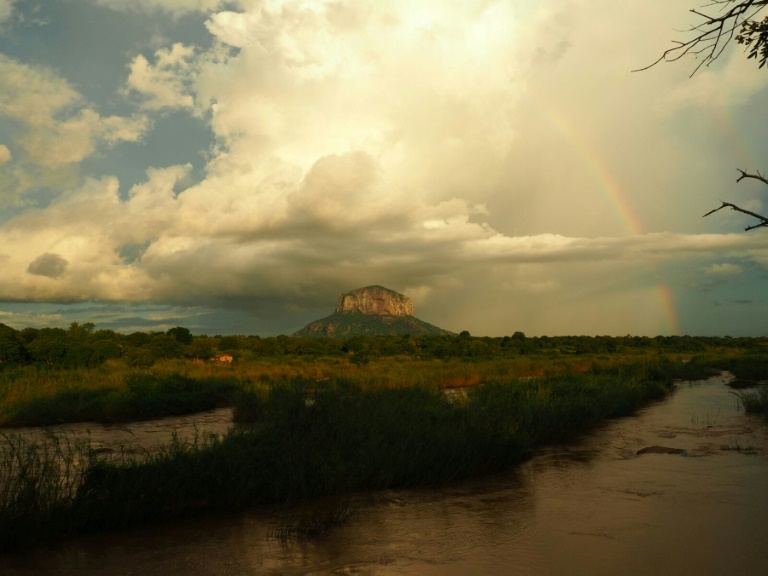 Satellite imaging and forest inventories mean it is possible to monitor the rate at which the forest is shrinking (Photo: AFP)

From a distance, the Gile National Reserve in northern Mozambique is a vast, dense ocean of green that reaches as far as the horizon.

Bigger than Luxembourg, the 2,800-square-kilometre (1,080-square-mile) forest seems to be reassuringly preserved, its hardwood treasure placed by Mozambique under legal protection.

Close up though, the forest bears deep scars from bouts of rampant logging and relentless population growth -- a testimony to the real-life challenge of how to shield this jewel.

Logs line the path leading into the reserve, while further along, trucks piled high with wood shavings, seized by the authorities, stand idle, rusting in the weeds.

"The other challenge is the bushfires used in hunting and agriculture which feed local people."

Such blazes are the main reason for the forest's shrinkage in recent years, he explained.

Local people burn down swathes of forest to open up arable land. Once the fields become exhausted, the farmers burn down more trees, and so on.

The reserve's population, currently more than 10,000, has shot up in recent years, putting immense pressure on the ecosystem.

Some seven million hectares (17 million acres) of tropical forests go up in smoke every year worldwide, according to a UN estimate.

In a bid to stop the ravaging of the forest, French environmental group Nitidae is offering practical, low-tech help to small farmers on how to use the land more sustainably.

One beneficiary is Alexandre Soares, who enrolled a year ago in a training scheme on how to cope with drought and retain soil fertility.

"They explained that I should leave certain trees in place to balance the ecosystem. Their leaves decompose and fertilise the soil for the next season," he said, wearing a white hat as he tended his plot under the baking sun.

Nitidae specialist Dinis Augusto looked at Soares' mix of crops, which include corn, cassava and beans.

"Mixing these plants allows us to guarantee the viability of the soil so the farmers can spend more time on the plot and won't need to find new land," he said.

The advice from the pilot project has slowly spread through surrounding communities and improved crop yields -- a powerful inducement for others to follow the tips.

As well as logging and man-made bushfires, the reserve has also been targeted for the manufacture of charcoal -- the main heat source in many homes in the region.

With simple modifications like improved ventilation, the oven is capable of making more charcoal of higher quality and requiring less wood.

"It doesn't cost any more, the materials are exactly the same and it doesn't take any more time," said Nitidae's Alexandre Tregoures.

"With this amount of wood, we can produce seven bags of charcoal whereas we were only able to produce two or three before," added Aghostino.

Between 10 and 15 percent of greenhouse gas emissions worldwide come through deforestation, which releases carbon, locked in the soil for millennia, into the atmosphere.

Forests, on the other hand, are carbon "sinks" -- in growing, they take carbon dioxide out of the air and sequestrate it.

The Gile reserve is hoping to cash in on its conservation efforts by offering carbon credits under a UN-supported programme called REDD+, for Reducing Emissions from Deforestation and Degradation, which seeks to tackle forest loss and combat global warming at the same time.

The local scheme is financed by the French Fund for the World Environment (FFEM) in collaboration with the Mozambican government.

Satellite imaging and forest inventories mean it is possible to monitor the rate at which the forest is shrinking.

"Between 2010 and 2016, we witnessed a decrease in deforestation in the reserve's buffer zone -- greenhouse gas emissions were avoided," said Nitidae's country manager, Jean-Baptiste Roelens.

The scheme has reduced carbon emissions by 300,000 tonnes over five years, with each tonne saved credited at a rate of between $5 (4.30 euros) and $8 a tonne on the international market for carbon dioxide (CO2).

The credits will net the reserve between $2 million and $3 million -- the windfall will be reinvested locally, "to finance sustainable development and support environmental projects," said Roelens.