CULTURE In the name of love: Exhibition of Marc Chagall’s artworks debuts in China

In the name of love: Exhibition of Marc Chagall’s artworks debuts in China

More than 100 artistic gems were revealed during the opening ceremony of an exhibition featuring the original artworks of pioneering modernist artist Marc Chagall at the CAFA Art Museum-Langfang on Saturday, sending a message of “love” to the world to ease the frustrations brought by the pandemic. 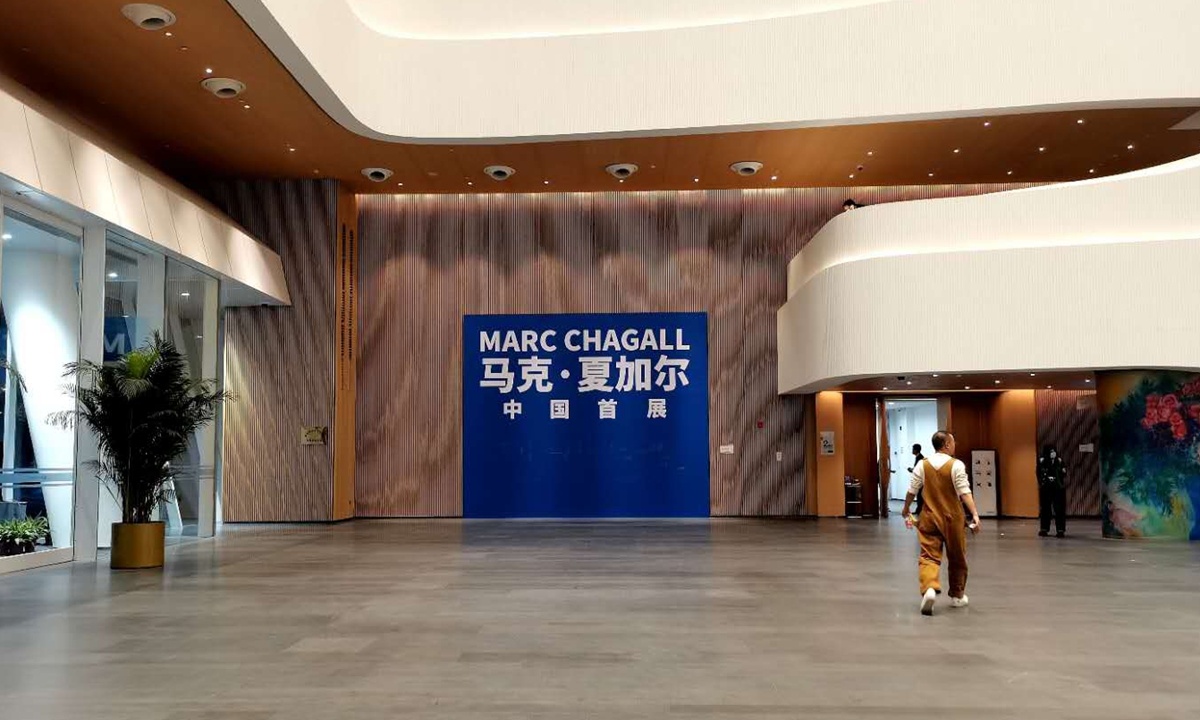 Scheduled to end on January 18, 2021, the Art Exhibition of Marc Chagall displays 155 of the master’s artworks created over his 60-year art career. The exhibited pieces cover a range of materials and styles such as gouache, tempera, etching and lithography. Tracing Chagall’s constant pursuit of “nostalgia” and “love” in his art, the exhibition is divided into five sections. The opening section “Love, Nostalgia, Fantastic World and Circus” features 19 paintings that convey the artist’s nostalgic memories to Chinese audiences by inspiring them to stay true to their original aspirations.

“Chagall’s nostalgia carries a similar meaning to the saying ‘remain true to your original aspirations.’ Seeing how the artist reflects on his hometown and cultural identity inspires us to think about our own self-development” Zhang Zikang, the curator of the exhibition, told the Global Times on Saturday. Zhang, also the director of the National Art Museum of China, is a core figure behind the development of art museums in China.

The title of the ending section “Life Ends with a Bouquet of Flowers,” a phrase once spoken by Chagall himself, reflects his poetic approach to life. This section features six bouquet-themed paintings that use flowers’ symbolic meaning of “love” to encourage viewers to be optimistic and maintain a loving attitude toward life even when facing disturbing predicaments.

“To deliver love to the world and to encourage people to be hopeful and confident amid the pandemic,” Zhang said, explaining one of the goals of the exhibition.

When asked how the exhibition can help art lovers in China understand Chagall better, Zhang told the Global Times that “topics such as ‘love’ and ‘nostalgia’ are transcultural, we can observe these in our country too.” 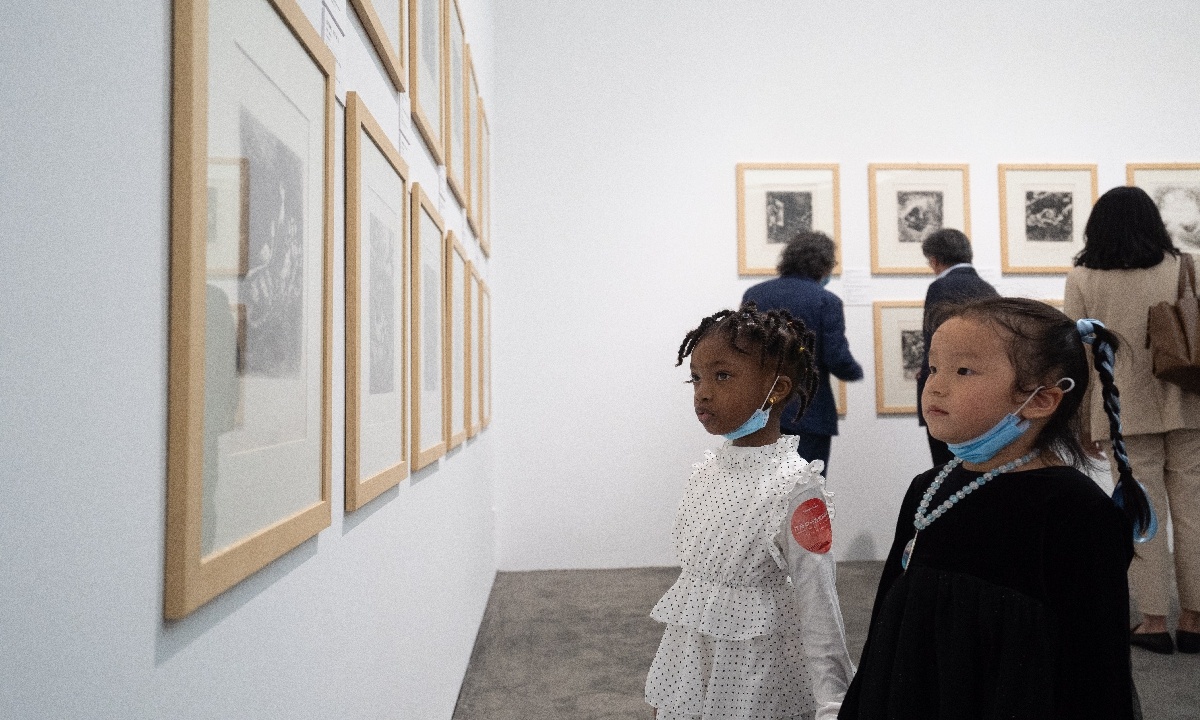 Chagall and His Artistic language

Chagall was a Belarusian-French artist who roamed imaginatively in different art movements such as Impressionism and Cubism. His versatile nature led him to take interest in art forms such as painting, ceramics and stage set design as well, during the latter part of his career, stained-glass windows.

Though Chagall lived in places such as Vitebsk, Berlin and New York, he was deeply fond of Paris, and his timing could not have been better as the city was the center of the modern art world when he moved there in 1910.

The quintessence of Chagallian aesthetics is nevertheless amorphous. The artist had the ingenuity to construct emotional and poetic abstractions and create art as a language that could communicate universally shared values to viewers, just like the idea of “love” that the artworks at the exhibition delivers to visitors in China.

“It is hard to say Chagall belongs to any particular art movement. He spent his life focusing on depicting goodness. If we have to describe his art genre, let us call it ‘dreamism,’” exhibition producer Fan Dian told the Global Times on Saturday. President of The Central Academy of Fine Arts, Fan is also an erudite art insider dedicated to promoting exchanges of outstanding artistic achievements in various countries.

Cultural Dialogue between China and France

Along with the Chagall art exhibition, the CAFA Art Museum-Langfang has also launched another exhibition Da Qian Qi Xiang-Masterpieces from CAFA Art Museum, which features 51 artworks that represent the aesthetic essence of Chinese art. According to Fan, showing the two exhibitions side-by-side aims not only to compose an artistic dialogue between the East and West, but also further the bond between China and France by reestablishing culture and art exchanges between the two countries amid the pandemic.

“Just showing the Western art is not enough; we need to remind our visitors of the significance of our national art. This is why we have the two exhibitions resonate with each other.”

“Many art exchanges in real life between China and Western countries have been put on pause due to the difficult situation brought by the pandemic. The Chagall exhibition is a new attempt to restore art communication between China and France,” said Fan.

Established in 2018, the CAFA Art Museum-Langfang is located within the Silk Road International Culture Exchange Center at Langfang, North China’s Hebei Province. The two cultural spaces collaborated together to launch the art exhibition of Marc Chagall.