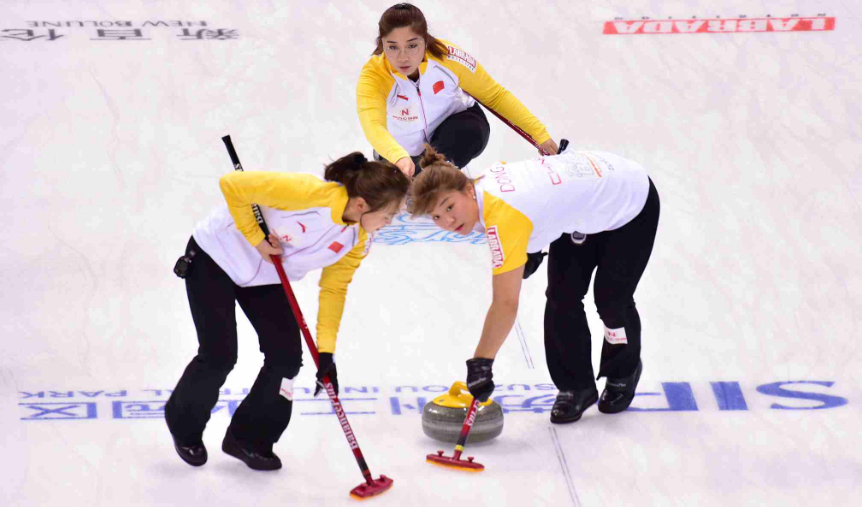 ‍The World Curling Federation is holding a new four-leg international series called the Curling World Cup. The event is scheduled to be held in four different cities starting in Suzhou, China, and ending with the Grand Final in Beijing in May.

The first leg involves 24 teams in three categories – men's, women's and mixed doubles – and 82 athletes from 10 countries and regions.

The eight teams or rinks in each category are split into two pools of four for a double round-robin format with the top two teams progressing.

China's women's team faced Sweden on Wednesday in the first round, and had some problems with the new rules.

The matches have eight ends, rather than the traditional 10, and time will be strictly controlled with players having 4 minutes to think in the first four ends, and 4 minutes 15 seconds in the latter four ends.

A new Chinese women's rink that was put together just last month faced seven-time World Champion Sweden in the opener.

The Europeans led by skip Anna Hasselborg went up 5-1 while the Chinese had trouble with the limited thinking time.

The Olympic champions held on to win their first match 6-3. China will now play Scotland in the second round.

While China suffered losses in all three categories on the first day, the Canadian men's, women's and mixed doubles teams all claimed victories.

In the men's, Kevin Koe and his new lineup made their debut against Switzerland's Peter de Cruz. Both teams started cautiously, but a key three points in the sixth end helped Canada secure a 6-4 victory.

China will hope to get their first win today in the second round against the USA.