India tour in doubt as Bangladesh cricketers go on strike 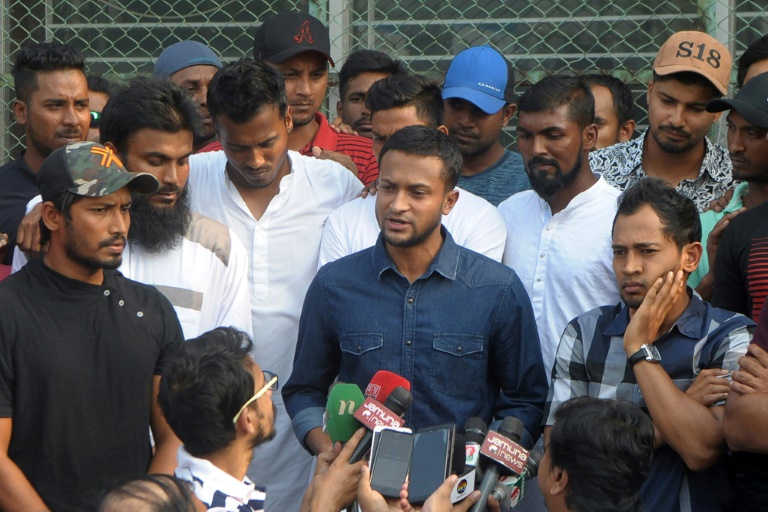 Bangladesh's professional cricketers -- including several members of the national squad -- went on strike Monday to call for better pay and benefits.

The protest, announced by national Test and Twenty20 captain Shakib Al Hasan, could also put next month's tour of India in jeopardy.

"Unless our demands are met we will not get involved in any cricketing activities," said Al Hasan, flanked by former and current national players, at a press conference in Dhaka.

The industrial action is significant in cricket-mad Bangladesh, where national players are idolised.

It comes amid increasing criticism from players that the Bangladesh Cricket Board is not sharing its wealth with those who contribute most to the game.

The strike comes just weeks before Bangladesh is due to play three Twenty20 internationals and two Tests in India.

The cricketers want local players and coaches to be paid more equitably with foreign hires.

This includes a 50 percent pay hike for first-class players, the expansion of national pay contracts, increased match fees in domestic four-day and 50-over games, and better benefits for groundskeepers.

Al Hasan, the de facto leader of the revolt, said players called the strike as they wanted to "keep a good environment for the new generation so that Bangladesh cricket can move forward".

The cricketers also want franchises to be allowed to run the lucrative Bangladesh Premier League.

The BCB last month announced it would drop the franchises from the upcoming BPL, which kicks off again in early 2020, and take over ownership of the tournament.

The decision raised fears among players that they would have to accept a pay cut.

The governing body said Monday it was considering the players' demands.

"The players are very important for us. They also made demands in the past and we always try to accommodate their demands," BCB chief executive officer Nizamuddin Chowdhury told AFP.

He added that a board meeting would be held soon, without giving further details.