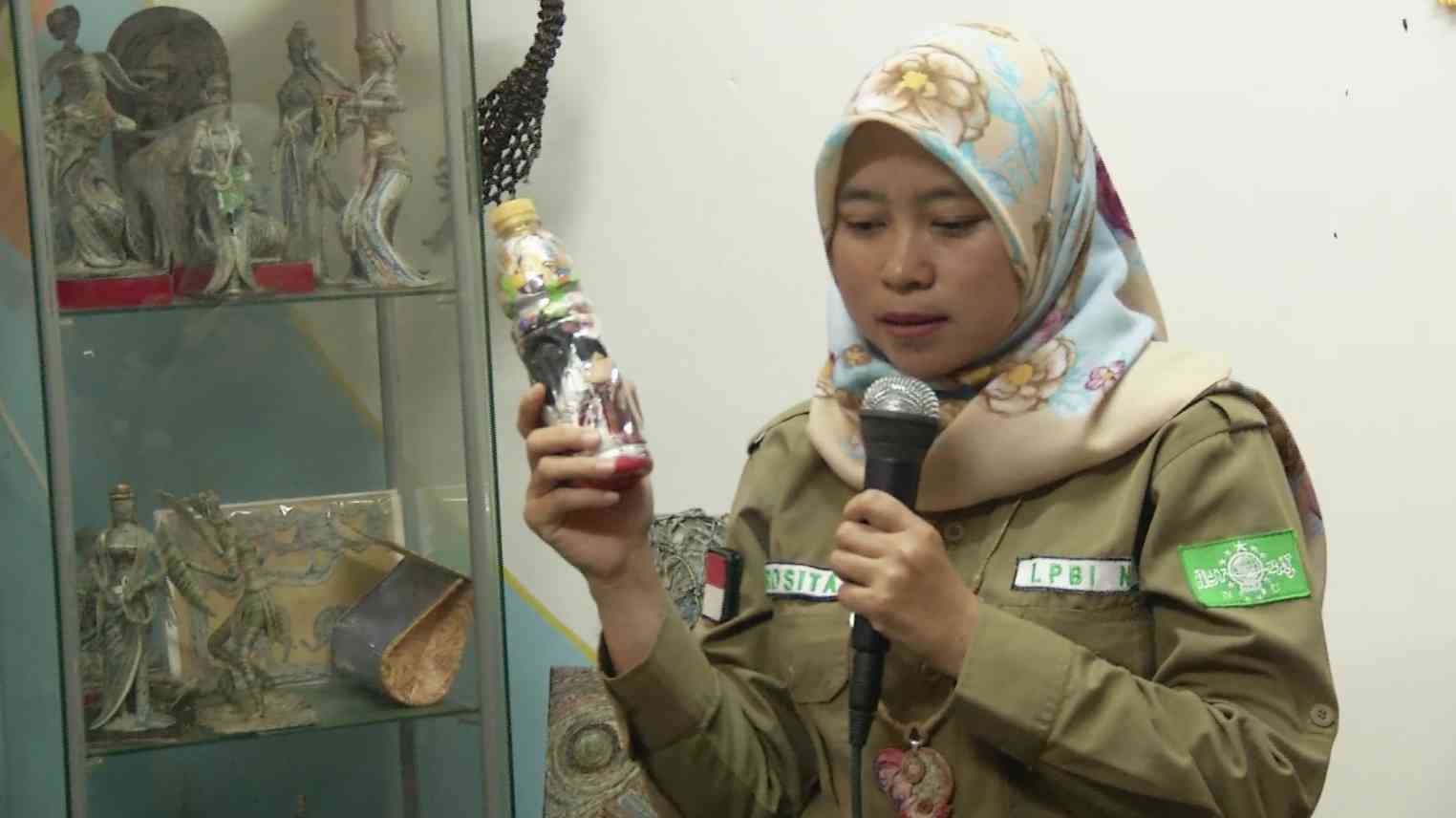 As NU's director of Disaster Management and Climate Change Risk, Fitria Ariyani is working to convince especially children and women to change their mindset about consuming plastic.

"We have a very effective system of education through sermons here. We want to instill the awareness in children that recycling doesn't mean it has to have an economic effect. They should care for their surroundings and recycle for its social and environmental benefits," said Fitria.

Fitria said the challenge lies in convincing the older generation to adopt these healthier habits. Housewives, especially, are set in their traditional ways. Now, they are trying to introduce a program where housewives adopt the habit of bringing a reusable bag to supermarkets and shopping malls. She said that would create a big difference in plastic consumption.

Indonesia uses an estimate of 9.8 billion plastic bags every year and many of that ends up in the ocean. The country is the world's second largest producer of plastic waste, which led the government to come up with a plan to reduce marine waste by at least 70 percent by 2025, spending up to one billion US dollars to clean the country's rivers and seas.

"The Ministry of Religion needed to intervene and introduce this initiative. This has become a trend now where religious leaders are helping to foster their communities to reduce waste, especially plastic waste. This will slowly help to raise awareness in the country," said an environmentalist, Dwi Sawung.

"Sermons on Waste" is only focusing on programs in Jakarta for now, but Fitria is hoping to broaden their reach to other parts of the country where education is key to change. The initiative is slowly proving that Indonesia is set to reach its goal to become a clean and green nation.