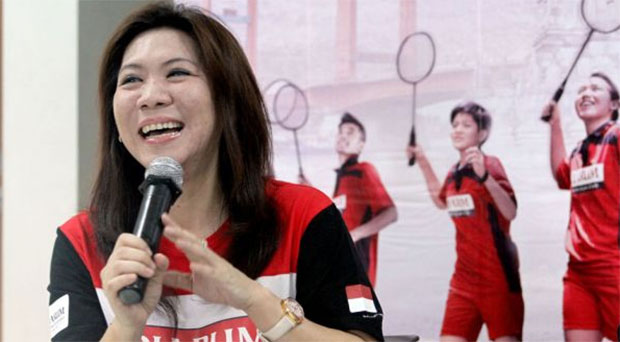 JAKARTA, May 2 (Xinhua) -- Indonesia planned to send a team constituted by 20 players to vie in the upcoming Sudirman Cup championship slated for May 19 to 26 in China's Nanning, Indonesian team manager Susy Susanti said here on Thursday.

Susy said that most of those players would vie in men's singles, men's doubles and mixed doubles with three players and pairings have been set for each of those group.

She added that in women's doubles group, Indonesia would send 1 pairing of Greysa Polii/Apriyani Rahayu who managed to retain their title in 2019 India Open in March.

Meanwhile in women's singles, two Indonesian players have been assigned to vie in the group, she said.

"We intentionally strengthen composition of players assigned in men's groups as they have better chances to seize more points," Susy said here.

Indonesia has great chance to win the championship this year as the nation is now seeded no. 3 in the world mixed group badminton tournament, she said.

China is the most successful team with 10 victories in the biennial Sudirman Cup. It was followed by South Korea with 4 victories and Indonesia with 1 victory.

Indonesia seized the victory in the first championship held in Jakarta's Bung Karno Sports Complex in 1989.