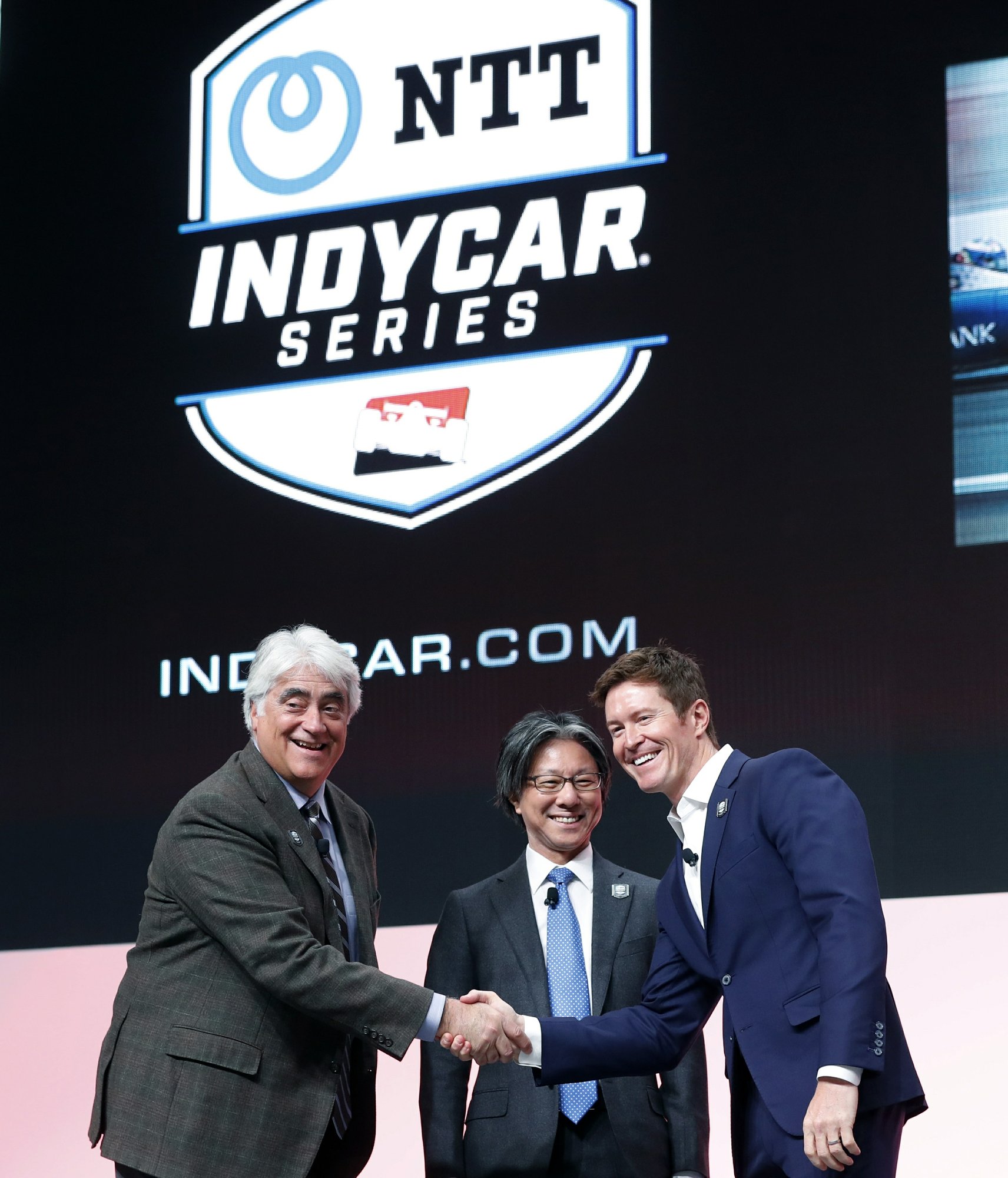 IndyCar announced a multi-year title sponsorship deal Tuesday with NTT, a global information technology and communications company based in Japan.

The series will be called the NTT IndyCar Series. NTT Data, a subsidiary of parent company Nippon Telegraph and Telephone Corp., already sponsors a car for Chip Ganassi Racing and received enough exposure from that deal to warrant a larger piece of the open-wheel racing series. The season’s first race is March 10 in St. Petersburg, Florida.

“IndyCar has grown in terms of all of our fan metrics and is a valuable global brand that NTT recognizes,” Mark Miles, president and CEO of IndyCar and IMS parent company Hulman & Company, told The Associated Press. “We feel great about it because they are a corporate giant in global communications and their strategy is to begin to expose the NTT parent brand, which in Japan is a company much like a merger between AT&T and Verizon.”

NTT replaces Verizon, which was title sponsor of the series from 2014 until it ended its partnership last season. IndyCar had nearly two years to replace Verizon, but the NTT deal came together rapidly at the end of last season.

The company approached IndyCar executives before the September season finale asking if it was too late to discuss the entitlement package, and IndyCar immediately opened talks. The broader deal was completed in roughly three months and sealed with a November trip to Tokyo in which IndyCar officials and Indianapolis 500 winner Takuma Sato made a winning pitch to NTT.

“This is a huge chance for us to let people know who NTT is,” said Tsunehisa Okuno, executive vice president and head of global business for NTT. “Everyone knows about IndyCar and there is room for growth in the European market and the Japanese market. NTT is a global company and North America is a very important market for the brand. We think we could offer something exciting with NTT and Indy by using the NTT technology.”

NTT has already been developing a new mobile application for the series that will replace the Verizon app, which limited live content to Verizon subscribers. NTT also will use its proprietary platform to support the series and venues in delivering analytical insights.