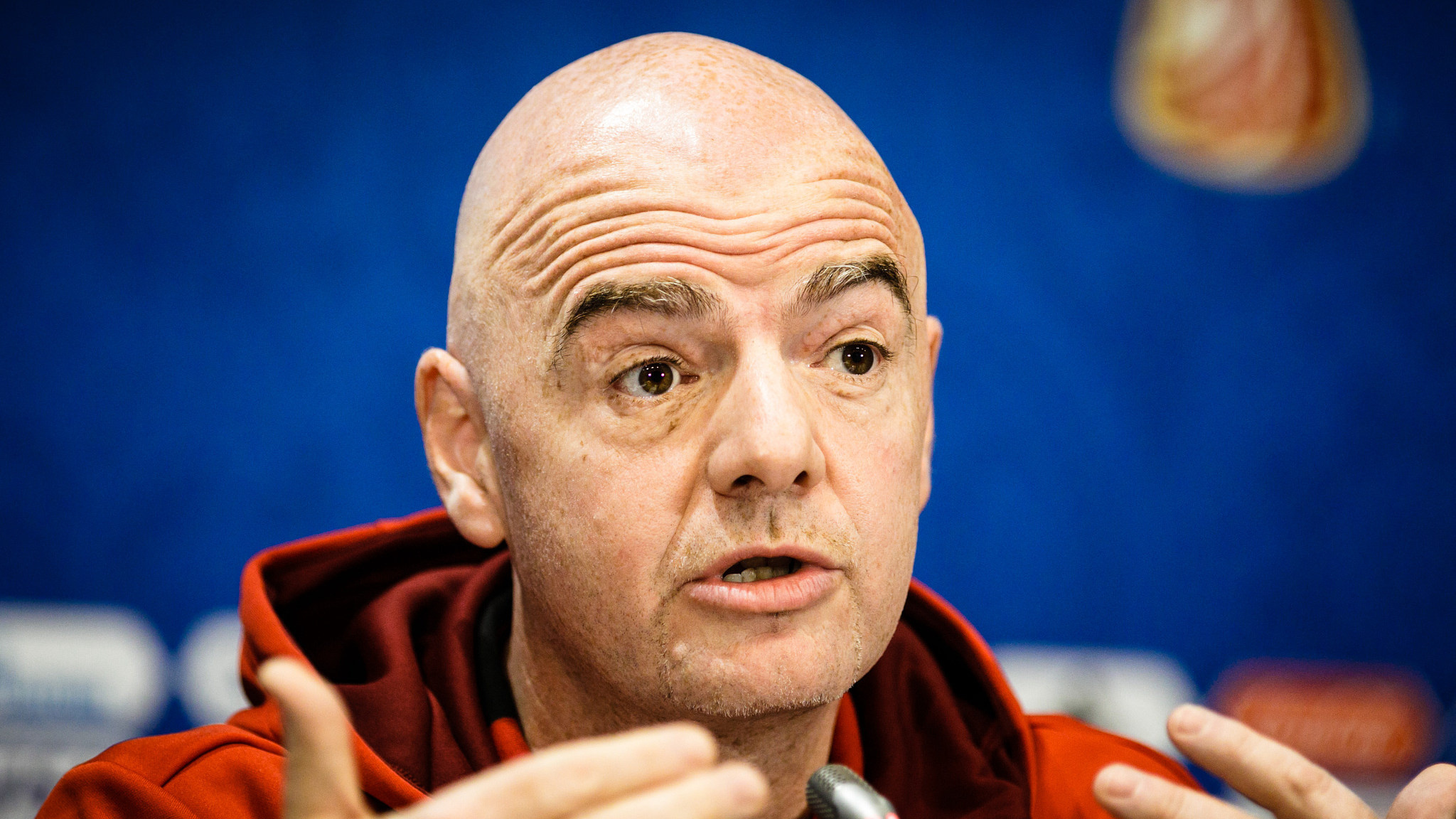 FIFA President Gianni Infantino says the World Cup has changed the perception of the world towards Russia which he thanked for staging the "best" tournament ever.

Sporting a FIFA volunteers' jacket, Infantino told reporters in Moscow that Russia's infrastructure and welcome allied to the quality of football and success of VAR (the video assistant referee system) had contributed to the success of the tournament.

Infantino told Russian President Vladimir Putin during a meeting at the Kremlin last week that the world "all fell in love with Russia," over the past four weeks and repeated his praise for Putin's government and the organization put in place for the tournament.

More than one million foreign fans have visited Russia during the World Cup, according to FIFA figures, and Infantino said preconceived notions of the country had been changed by their positive experiences.

"I think the World Cup has changed the perception of the world towards Russia," added Infantino.

"Everyone has discovered a beautiful country, a welcoming country, full of people keen to show to the world what may be sometimes said is not what happens here."

On the field, Infantino hailed the standard of football, citing just one 0-0 in 62 games so far as an example of the exciting spectacle.

Controversies over the use of VAR threatened to overshadow the football on the pitch early on but Infantino strongly defended introducing the technology for the first time at a World Cup.

Just 16 decisions were overturned from 19 reviews by referees after receiving advice from other officials watching replays of incidents on television. The number of correct decisions rose using VAR from 95 percent to 99.32, according to Infantino.

"Now it is difficult to think about the World Cup without VAR," he added. "It has certainly been a more just competition thanks to VAR. This is what we wanted to achieve and what we have achieved so far."

Despite the dominance of European teams, with all four semi-finalists and six of the last eight coming from the UEFA confederation, Infantino claimed the presence of Croatia as the smallest nation since 1950 to reach the final should give hope to other countries around the world for 2022.

As things stand, the Qatar World Cup will be the final version of the tournament with 32 teams before expanding to 48 for the 2026 tournament in the United States, Mexico and Canada.

However, Infantino said a decision on whether that expansion will be moved forward for the next World Cup will be discussed and taken "in the next few months."