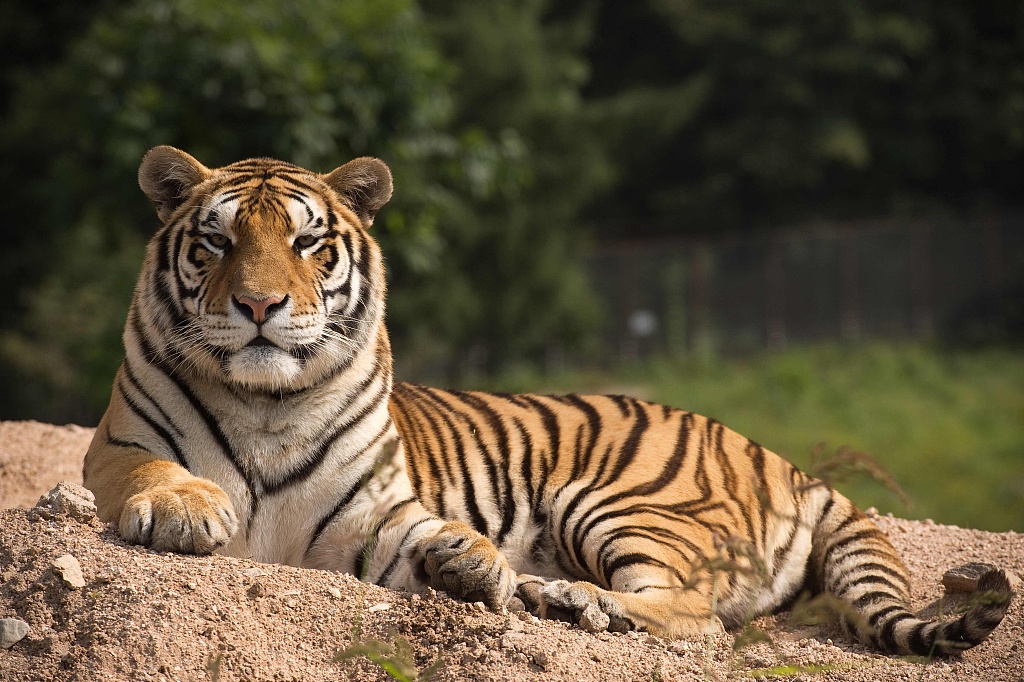 The male Siberian tiger was found with a severe injury on its neck, by a roadside near a village in the mountain to the north of Yichun City in Heilongjiang on Monday. The local forestry department carried out an emergency rescue.

Gu Jiayin, a wildlife expert with the Northeast Forestry University, said the tiger was four years old and weighed 150 kg. It was anaesthetized before receiving the four-hour surgery on the spot.

He said the tiger was in a stable condition. It was sent to the tiger breeding center for further treatment.

The forestry department has dispatched staff to investigate the cause of the tiger's injury.

Siberian tigers are one of the world's most endangered species. They mainly live in northeast China and Russia's Far East. The Great Khingan and the Lesser Khingan Mountains are the most important bases of virgin forest reserves in northeast China, and the tiger's habitat.

Due to a recovery of the local wood resources, the amount of wildlife such as Siberian tigers, wild boars and foxes has been on the rise. Wild tigers are reported to attack cattle and cause traffic chaos on a highway in the province.