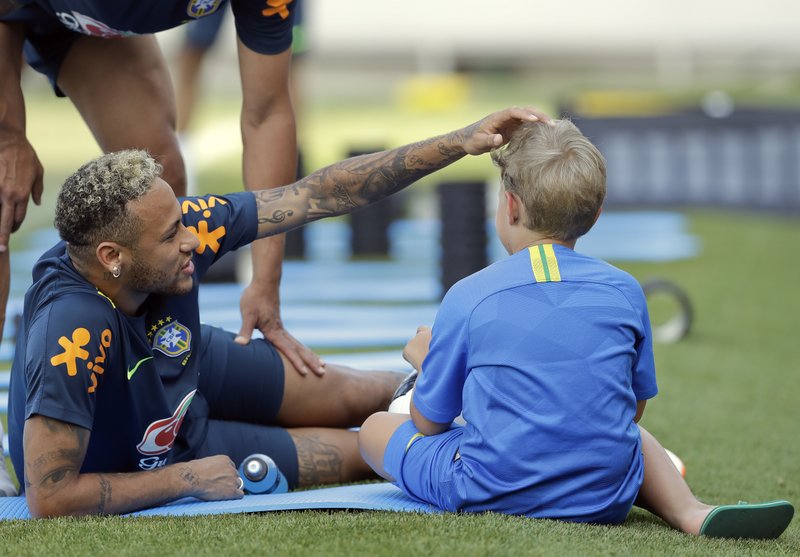 Brazil is going out of its way to defend its World Cup preparations and show its players’ injuries can’t be blamed on excessive training.

Doctors will blame a soft mattress for an injury before admitting they made mistakes getting the players ready for the tournament in Russia.

Questions were raised after Renato Augusto, Danilo, Douglas Costa and Marcelo all got hit by injuries before and during the World Cup.

Augusto himself was the first to put the team’s preparations under the spotlight after he said an inflammation on his left knee was caused by the amount of training he was subjected to when he reported to the national team. The midfielder hinted he was not used to this type of training load with his team in China.

And after Costa hurt a right thigh muscle in the game again Costa Rica, it was the player’s wife who raised more doubts about the team’s preparations, telling Brazilian newspaper Extra that her husband told her training with Brazil was too intense and he was used to lighter practice sessions with Italian club Juventus.

After Marcelo had to be replaced only 10 minutes into the match against Serbia , doctors were immediately questioned about the team’s training load, but team doctor Rodrigo Lasmar said Marcelo’s injury might have been caused by the type of mattress he was using at the team’s hotel, not because of too much training.

The team’s physical trainer, Fabio Mahseredjian, admitted the training load had to be adjusted in cases like Augusto’s, but defended the squad’s training regime during the World Cup.

“Injuries will happen, it’s inevitable, and for the most varied reasons,” he said Thursday, a day after the Brazilians advanced by beating Serbia. “It’s all under control.”

Although doctors said none of the injuries was serious, it wasn’t immediately clear which player would be available for Monday’s round-of-16 match against Mexico in Samara.

Costa and Marcelo trained separately from their teammates Friday, while Danilo was back with rest of the squad in the practice session in Sochi. Costa exercised on the field but Marcelo did mostly rehabilitation work.

The Brazilian soccer federation had said Marcelo had improved from its back problem but did not provide a timetable on his recovery.

“Thank God it wasn’t anything serious,” Marcelo said on Instagram. “I’ll be back in action soon.”

Costa and Danilo, who was nursing a hip injury, did not travel with the rest of the squad for the match against Serbia in Moscow. Doctors had said Costa’s problem was likely to take more time to heal.

Neymar dealt with an ankle injury after the opener against Switzerland but he was back in action against Costa Rica and against Serbia.

Doctors also had to take care of coach Tite , who pulled a muscle while celebrating one of the team’s goals against Costa Rica.