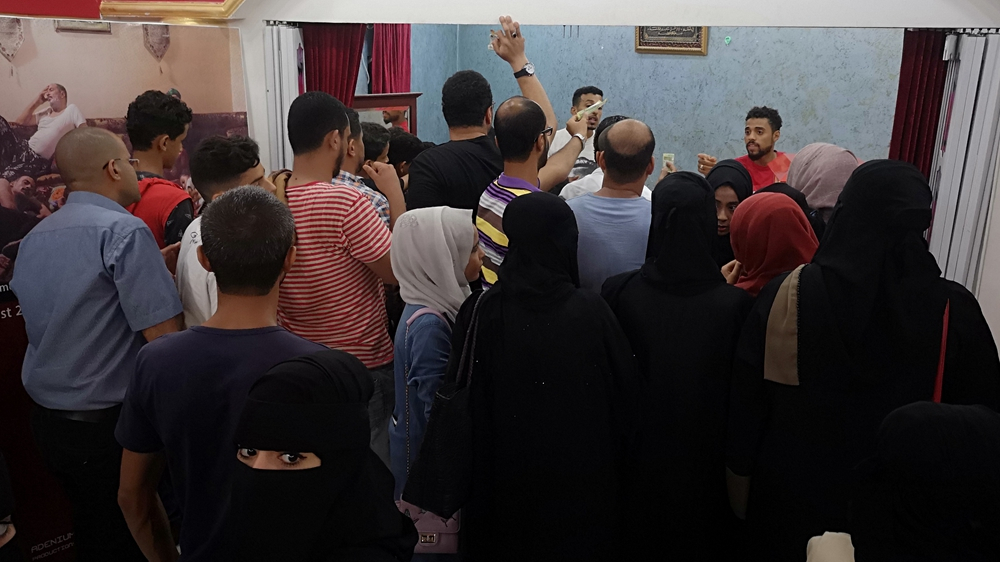 Yemen is going through unprecedented times, not only in war but also in the arts.

A new feature film called "10 Days Before the Wedding" is the first local Yemeni production for local Yemeni audience since the country's civil war in 1994, according to the film's director Amr Gamal.

He tells CGTN that before all the cinema halls were closed down or destroyed because of the 1994 war they mostly showed foreign films from India, Egypt, or even America.

The few Yemeni-produced films at the time all went directly to the festivals or special screenings. Gamal says, "there is no Yemeni movie before that was produced, the whole cast is Yemeni, and released for the people. This is the first time people are buying a ticket to watch a Yemeni movie."

"10 Days Before the Wedding" is the story of a young couple struggling to get married amid war and its aftermath.

Entirely produced on a budget of only 30,000 US dollars, the timing of the movie's release couldn't have been better. Every one of its five daily screenings sells out, says Gamal, because residents of Aden can relate to the storyline.

Aida Ahmed Abdallah loved the local feel of the film, saying it "represents the people of Aden, their accent, well-known places in the city. This is what affected us the most. It is our society and taught us how to be patient."

The cast and crew used local accents, clothing, and traditions of southern Yemen and filmed in and amongst the city's actual rubble and destruction for authenticity.

Aden resident Meriem Salah Atas also watched the film and says it "brings back the beautiful memories of the city. The final scene is my favorite because it shows that life continues in Aden."

The screening is proving an escape for many war-tired Yemenis.

The country has been suffering from nearly four years of war that has killed thousands, destroyed the country's infrastructure and economy, forced millions to leave their homes and created the world's worst humanitarian disaster, according to the United Nations.

Yemeni actress Amal Ismaeel played "Narges" in the film, the mother of the bride. She compared the film to medicine for the people.

"Whenever you turn on the TV," she starts, "all that the channels talk about is war, problems, USD exchange rate, death and destruction. People are psychologically tired and need 'vitamin' and even better a local 'vitamin', a local movie from the country with the accent, the clothing, the traditions, everything. And this is why people come more than once. Some of them watched the movie 3 or 4 times because it says life is good, don't give up and even if it gets hard, there must be a solution."

Ismaeel says she's not surprised by the film's success but director Amr Gamal is.

"Every day the media keeps telling us it's very dangerous, there are a lot of extremists in the streets," he says. "But it's a full house and people keep coming. The movie affects them, they are crying because they feel themselves on the screen."

The movie has also received strong reviews from the Syrian community in the country who also know the pains of war well.

While "10 Days Before the Wedding" has proven a success in Yemen, Gamal hopes his film will make it to international film festivals to expose the rest of the world to difficulties Yemen is facing.