CULTURE Institute of South-South Cooperation and Development: Looking beyond education

Institute of South-South Cooperation and Development: Looking beyond education 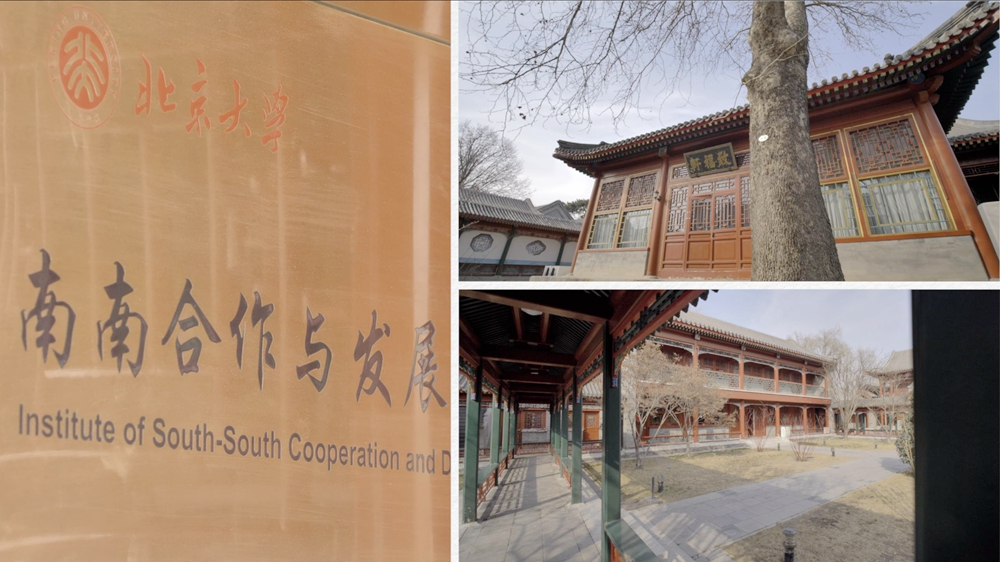 The Institute of South-South Cooperation and Development was launched at China's prestigious Peking University. (Photo: CGTN)

On April 20, 2019, an article titled "The significance of 'Belt and Road' for Africa integration" appeared in the Ethiopian Herald, the state-owned daily newspaper published in the Ethiopian capital Addis Ababa. The author, Wondimu Tekle Sigo, a former state minister of Water, Irrigation and Energy, shared his insights into the country's development based on his previous visits to China and what he has learned at the Institute of South-South Cooperation and Development (ISSCAD) at China's prestigious Peking University.

"When we take lessons from China, we also have to contextualize according to our own context. Otherwise, it's very difficult to copy everything from China," Sigo, a PhD candidate in Economics at Peking University's National School of Development, told CGTN about his third visit.

"This time I will stay in China for about one year, and we had many visits to companies and different industries, and also the education system," added Sigo, who now studies at ISSCAD.

Initiated and announced by Chinese President Xi Jinping in 2015 during the High-Level Roundtable on South-South Cooperation on the sidelines of the 70th anniversary of the United Nations, ISSCAD was opened in April 2016 at Peking University as part of China's commitment to push forward South-South cooperation and common prosperity of developing countries.

The institute provides both degree education and non-degree executive training programs for mid-level and senior officials, as well as managers and researchers from government, academia, the media, non-governmental organizations and other organizations in developing countries. The curriculum is taught in English and consists of three parts, namely lectures, field trips, and themed seminars on policymaking.

What is more, the lectures are delivered by top experts on Chinese economics and international politics.

"They [lecturers] are not teaching us by reading books from shelves," Sigo said. "They know and they understand the situation how China was like 40 years ago, and they also know the knowledge and skills to transform economy."

"I would really love to continue both communication and friendship with my classmates and we are expected to contribute to the development which is well after our graduation," said Dr. Elena Balbekova, an ISSCAD graduate who works as the adviser to the first vice prime minister of Ukraine.

"Getting their experience can facilitate our growth, so learn from the top institution in economic development, I think it motivates me a lot," echoed John Solunta Smith Jr., a Liberian youth leader who was conferred with a PhD in Economics from ISSCAD in June 2019.

ISSCAD's fruitful results in four years have won the praise of the international community in fostering human resources for the modernization of the governance system and capacity in developing countries as well as advancement of the UN 2030 Agenda for Sustainable Development.

"The institute hopes for communication among developing countries to find their own paths of development," said Professor Justin Lin Yifu, Dean of ISSCAD and former World Bank chief economist and senior vice president. "In this way, we can build a community of shared future for mankind which will be beneficial to all."