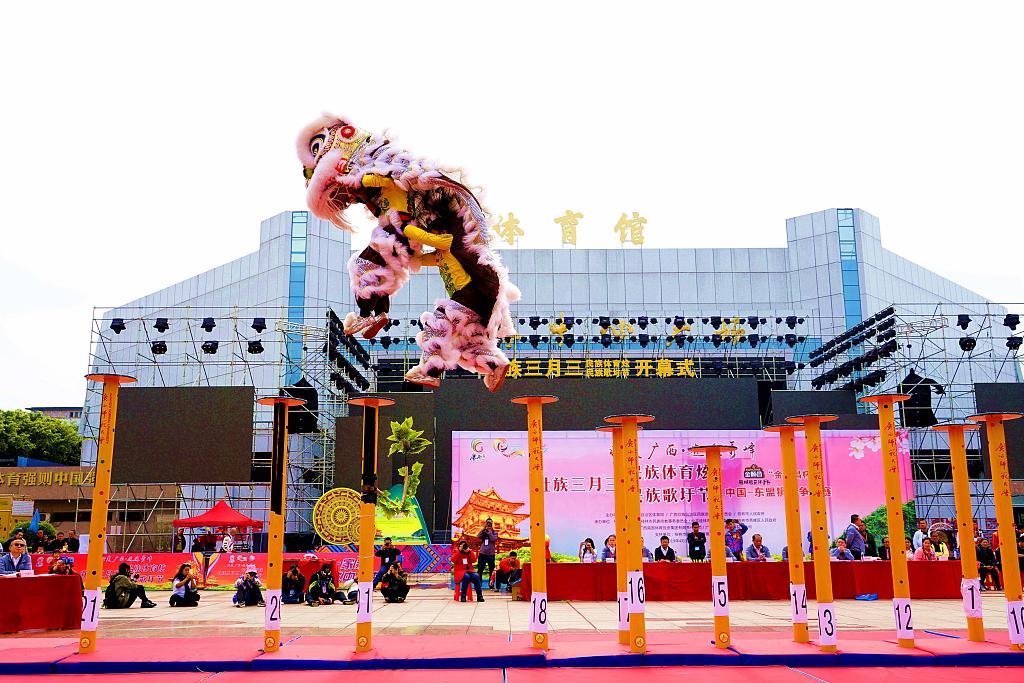 A team from Guangxi's Tengxian County was crowned champion at the competition, which took place Friday in the city of Guilin, a popular tourist attraction.

Lion dance is a traditional performing art form of China.  Lion dances are staged on festive occasions such as Spring Festival to entertain people. The tradition is believed to have originated in the Three Kingdoms Period (220-280 AD) and peaked in the Northern and Southern dynasties (420-589 AD).

Friday's competition was aimed at boosting cultural exchanges between China and members on the Association of Southeast Asian Nations.