CULTURE Interracial marriage increasing in the US

Interracial marriage increasing in the US 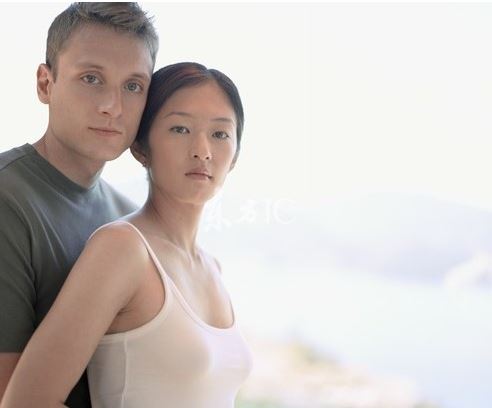 The general attitude towards mixed marriages has changed dramatically. Back in the 1950s only around 5 percent of people were okay with it, whereas nowadays more than 80 percent of the population approve of it.

The US Supreme Court changed everything in 1967 when it handed down its ruling on the Loving v Virginia case in which it determined that anti-miscegenation laws were unconstitutional and therefore people of different races could get married legally. Ever since then interracial marriages have been increasing and now they represent 17 percent of all new marriages in the US.

According to the Pew Research Center, which analyzed figures from the US Census Bureau, a growing share of adults say interracial marriage is generally a good thing for American society and they say a close relative marrying someone of a different race or ethnicity is fine.

Pew’s research also shows more Asians marry someone of a different race than other ethnicities, around 29 percent according to the Census Bureau. Hispanics are the next most likely to marry outside their group at 27 percent.

Since 1990, Asian-Americans have the highest outmarriage rates by marrying outside of their own ethnic groups, and of those, Japanese are the most likely to marry interracially, especially whites.

For all Asian ethnic groups and both husbands and wives, the percentage that are marrying whites has increased. Furthermore, Chinese-American men and Filipino-American men are more likely to intermarry with whites.

Separate analysis suggests that among Asian-American women, those who are immigrants, those who live in one of six states with large Asian communities (CA, FL, HI, IL, NY and TX), and those who turned 18 in 1985 or later are more likely to have a white husband.

Also, Asian-American women of Chinese, Filipino, Korean and Vietnamese descent, those who are homeowners, those who are paid employees, and those who turned 18 from 1970-1984 are also more likely to intermarry with whites.

And younger, urban and college-educated people are more likely to cross racial or ethnic lines when getting married.

Statistics don’t tell the human side of things

While all these statistics give you a mathematical breakdown of what’s going on, they don’t really provide an insight into the human side of things such as the relative degree of difficulty interracial couples might experience in their family life.

One of the first things biracial couples face is learning their partner’s culture and sometimes that can be tough sledding. It requires each respecting the other’s cultural heritage.

The romantics among us will say that love conquers all. Maybe or maybe not. The reality is that being in an interracial marriage is very much like being in a blended family. It takes effort, perhaps even more so than a conventional marriage because you are dealing with things that might be outside your comfort zone.

And just like in any marriage, compromises are needed to resolve disagreements. The good news is that race alone does not influence whether an interracial marriage will work or not. What can have an impact is a lack of support for the marriage from society in general or from extended family in particular.

When both spouses’ parents give the union the thumbs up it helps put the biracial marriage on a firm footing. Of course, family support is important for same-race marriages too, but family rejection is more likely in mixed-race unions.

Bias and discrimination can be disruptive outside forces but facing these things together and leaning on each other for support can help overcome them.

The key is to take an interest in your partner’s heritage, build relationships with their family and friends and see the value in doing things their way. If you can do that, a biracial marriage can be very enriching.