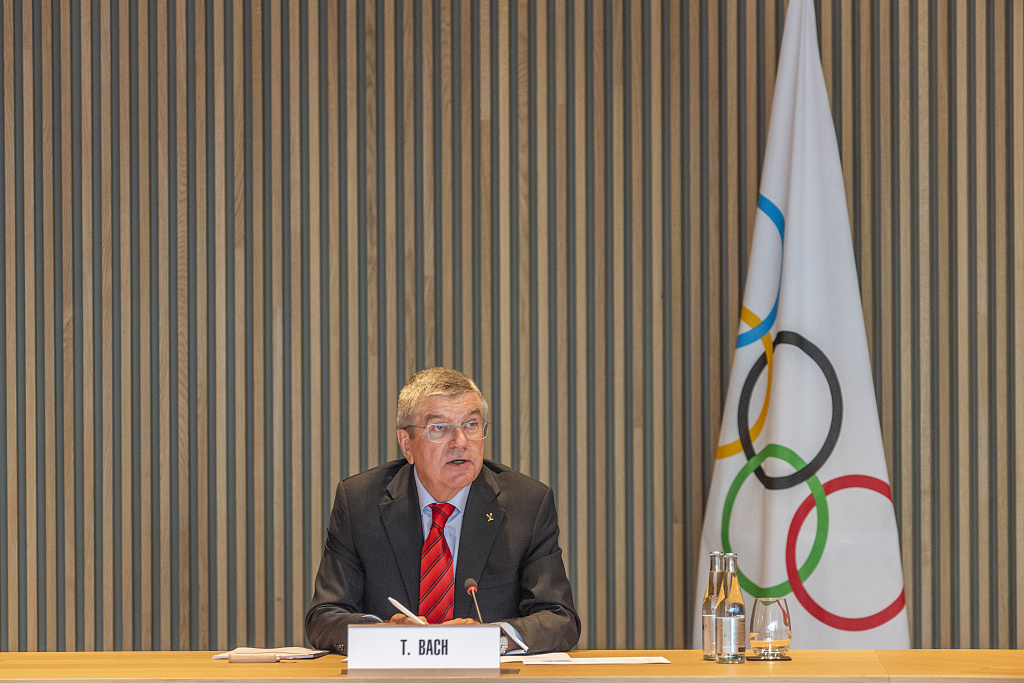 KATOWICE, Poland, Nov. 6 (Xinhua) -- Funding worth up to 5 million US dollars is to be provided by the International Olympic Committee (IOC) to International Federations and National Anti-Doping Organizations (NADOs) to encourage them to store drug samples for up to 10 years.

"To make this step possible, the IOC is ready to finance the necessary storage facilities for the International Federations and National Anti-Doping Organizations for the tens of thousands of samples collected during the pre-Games testing period," he said.

"Based on our experience with the storage, this represents a commitment by the IOC of about 5 million US dollars," he added.

To take advantage of the most extensive pre-Games testing program ever, which will "maximise both detection and deterrence", the IOC President asked the International Testing Agency (ITA), which is coordinating this effort, "to collect the appropriate samples to be analysed by the new genetic sequencing method as early as the Olympic Games Tokyo 2020, regardless of whether this testing method is already fully validated or not".

"In the latter case, the IOC would analyze these samples after the full validation of this new testing method," he added.

Building on the success of the last research program, supported by the IOC's USD 10 million fund to develop innovative anti-doping testing and detection methods, Bach announced "an additional commitment of USD 2.5 million to bring some of these projects to fruition".

"If the governments would like to match this amount, we would be pleased to transfer these USD 2.5 million from the budget of the IOC Medical and Scientific Commission to the WADA research budget," he said.

- Strengthening the investigative powers of WADA

Praising the "great progress of WADA's Intelligence and Investigative Unit since its creation in 2016", Bach also recalled that "the challenges of doping have unfortunately become more complex".

"In view of this," he said, "the Olympic and sports movement and the government authorities should discuss how to strengthen the WADA Intelligence and Investigative Unit."

"We invite the governments to a discussion on how we can do so. For such a joint program, the IOC would then commit another USD 2.5 million for the next Olympiad," he continued.

In addition to this new plan, the IOC chief insisted on the need for better cooperation with governments when it comes to identifying and sanctioning those in the athletes' entourage involved in doping cases.

"We need zero tolerance for everybody: athletes and entourage," he said.

"By putting the focus more on the entourage, by holding everybody implicated in a doping case accountable in a robust and deterrent way, and by close cooperation between all anti-doping stakeholders, we can take a major step forward to strengthen justice and credibility for the protection of the clean athletes and to drain the doping swamp," he added.

Following up on the IOC's commitment to strengthen its support to WADA by making proposals on improving its governance, Bach reminded those present that "the IOC made the representation of athletes in the WADA decision-making bodies possible by giving up seats of the sports movement in favor of democratically elected athletes' representatives".

Anticipating the election of WADA's new President and Vice-President to take place on Thursday in Katowice, the President welcomed the increased athletes' representation in WADA, a long-standing and major focus for the IOC.

He said: "The IOC fully supports incoming WADA President Witold Banka, as a former athlete, and Yang Yang, an Olympic champion put forward as WADA Vice-President. Taken together with the existing athletes' representation on the WADA decision-making bodies, this puts the athletes in the driver's seat of WADA".

"The IOC continues to fully support this positive development," he added.

Taking place from 5 to 7 November, the 2019 World Conference on Doping in Sport is the fifth of its kind, with the leading stakeholders in the worldwide anti-doping community in attendance.

The WADA Executive Committee and the WADA Foundation Board are scheduled to approve respectively the revised International Standards and World Anti-Doping Code on 7 November.

On the same day, the Board will elect a new President and Vice-President, who will tale up their roles on January 1, 2020. The candidate for President to replace Craig Reedie is Poland's Minister of Sport and Tourism and former elite 400m runner, Witold Banka, while China's double Olympic gold-medal winning short-track speed skater, Yang Yang, is the Vice-Presidential candidate to replace Linda Helleland of Norway.