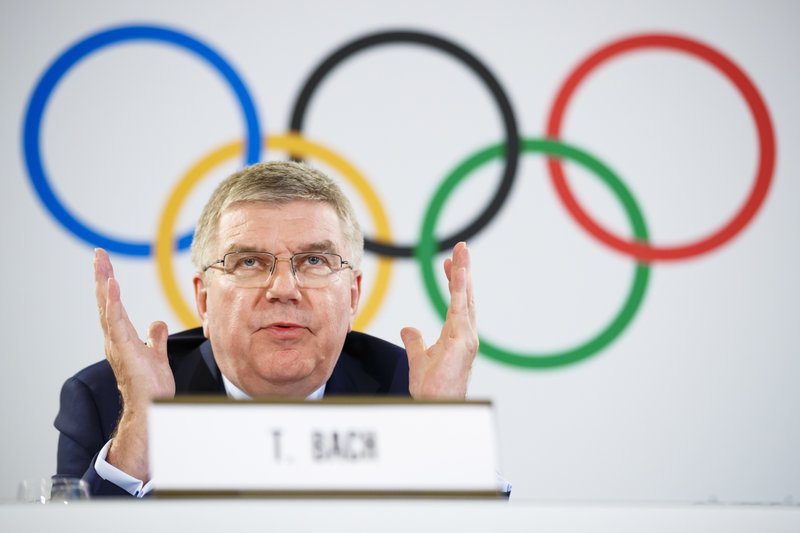 “We are pretty happy with the status of this candidature procedure,” Bach said on Friday at a news conference after a three-day executive board meeting

The IOC leader suggests fewer than five will be on the ballot paper when IOC members pick the host in October 2019 in Milan.

Cities that seem unlikely to win could be advised against committing time and expense to stay in the race to the end.

“In an ideal world this reduction is happening in cooperation with the relevant candidate cities,” Bach said.

He noted Sapporo officials were already publicly discussing if the 2030 Winter Games is a better target.

Amid conflicting interests in the United States and Japan about when to race swimming finals at the 2020 Tokyo Olympics, Bach gave support to a plan to suit American audiences that should be confirmed within weeks.

FINA said on Thursday it agreed finals should be run in the Tokyo mornings. This would allow NBC to broadcast medal races live in American prime-time slots.

He adding the final decision has been delegated to his board colleague John Coates, who heads the IOC panel overseeing Tokyo’s preparations.

The IOC has proposed nine new members who can be approved by the Olympic body’s full meeting in October in Buenos Aires, Argentina.

The nine, which would lift the membership to 106, include 24-year-old Samira Asghari of Afghanistan, a former national team basketball player.

“We wanted to send a signal,” Bach said, “in all those countries where girls and women are still facing serious obstacles when it comes to the practice of sports.”