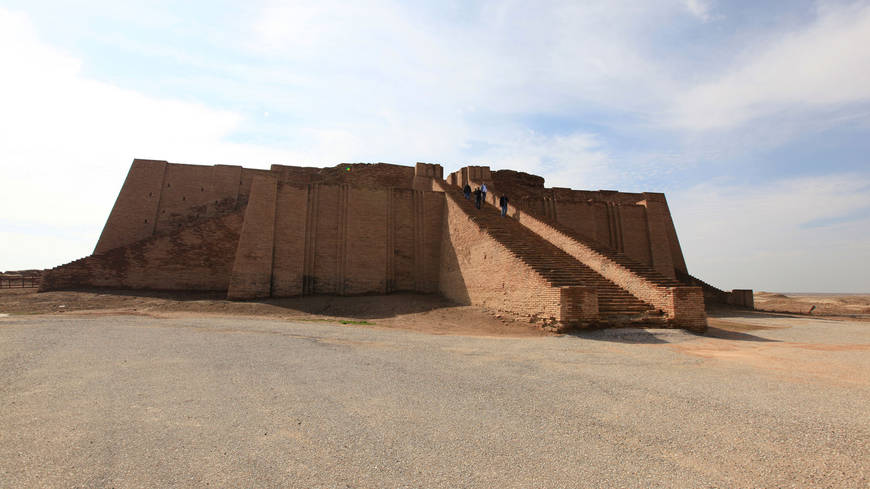 The ruins of Ur (File photo: UNESCO)

BAGHDAD, April 10 (Xinhua) -- The Iraqi Ministry of Culture, Tourism and Antiquities received Wednesday 300 artifacts excavated by an American-Iraqi joint team from the ancient city of Ur in southern Iraq.

A statement by the ministry said the minister Abdul Amir al-Hamdani expressed his pleasure to receive the artifacts excavated from Ur and described them as important.

"The ministry has put a plan for the protection of artifacts and to strengthen the presence of Iraqi excavation personnel and send national teams to work in all the country's provinces," the statement quoted al-Hamdani as saying.

Meanwhile, Qais Rashid, the deputy head of the ministry, said "we have received the results of the work of the joint excavation team, which worked for two months in Ur site, and gave us excellent scientific results."

"The pieces received will find their way to exhibition halls in museums," the statement said.

Elizabeth Stone, head of the US excavation mission, said "the mission excavated in the (ruins) city of Ur as it is the first city to form the world's population, and all the research results confirm that people in its society were equal without discrimination to give us a lesson in equality, justice and love."

"The focus (of the excavation) was on knowing how this city was found, and the living standards of its population," she said.

Official statistics showed that over 10,000 sites in Iraq are officially recognized as archaeological sites, but most of these sites are not safeguarded and many are still being looted on an unprecedented scale in the country.

According to the statistics, about 15,000 archaeological pieces of Iraqi treasure-trove from the Stone Age through the Babylonian, Assyrian and Islamic periods were stolen or destroyed by looters mainly in the Iraqi national museum in Baghdad, after the Saddam Hussein's regime was toppled by US-led troops in 2003.