DUBLIN, April 28 (Xinhua) -- An exhibition of Chinese armorial porcelain mainly commissioned by the Irish in the 18th century, the first of its kind in Ireland, opened in the country's southern city of Waterford on Saturday afternoon, attracting hundreds of local Chinese porcelain lovers. 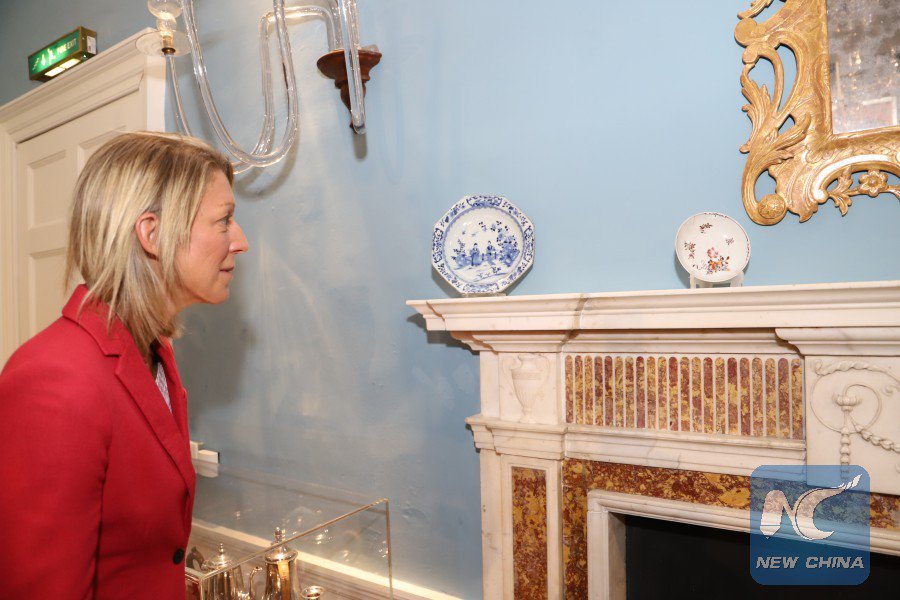 Entitled "For All the Tea in China", the exhibition displayed more than 100 porcelain items commissioned from China by the wealthy Irish families between 1700 and 1825. They include teacups, saucers, teapots, dishes, dessert plates, custard cups and bowls.

Each of the beautifully-decorated pieces is emblazoned with the arms of an affluent Irish family to signal their good taste, refinement, and most important of all their social status, said Eamonn McEneaney, Director of Waterford Museum of Treasures which organized the exhibition.

According to Eamonn, the 18th century trade in armorial porcelain was a by-product of the trade in tea from China, a beverage that became very fashionable after 1660 when Catherine of Braganza wife of King Charles II popularized the drink among the ruling class in both England and Ireland.

"Only the very wealthy had the resources and patience to commission such luxury items that could take up to three years to arrive in wooden sailing ships at the docks in Ireland, for delivery onwards to the commissioning client," said Eamonn, adding that the exhibition won't become possible if not due to the generous support of the collector David Synnott and his family members.

David Synnott, a 78-year-old Irish British, comes from an Irish family whose ancestors once owned almost 4 percent of the land of County Wexford in Ireland by 1649, according to local historical records. 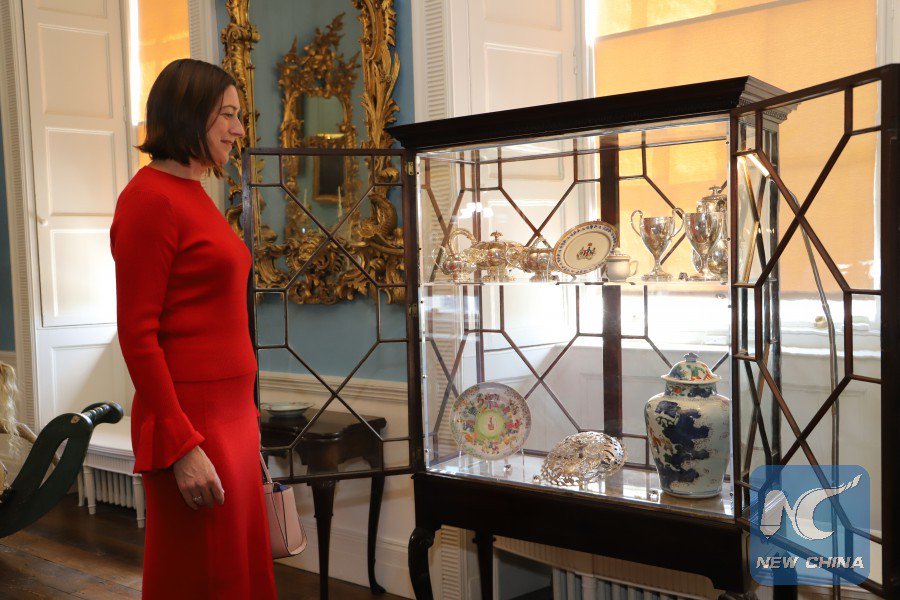 "It took me almost 23 years to have collected all these remarkable Chinese armorial pieces," said David, who declined to disclose how much it had cost him for these collections.

"There were only two men who collected Chinese armorial porcelain in the market in Ireland when I developed an interest in such things," said David, adding that the other man later left the business because of the lack of money.

All the Chinese armorial porcelain items collected by David Synnott are now on a 10-year-loan free of charge to Bishop's Palace Museum, one of the three famous museums run by Waterford Museum of Treasures in the Waterford Viking Triangle area, a historical and tourist site in the city.

"We want to share these beautiful Chinese artifacts with the public and contribute a bit to Waterford as a cultural capital of Ireland's Ancient East," said Juliette Hartmann, daughter of David Synnott, at the opening ceremony of the exhibition which was held inside the elegant 18th century Large Room, formerly known as the Grand Banqueting Room, of Waterford City Hall. 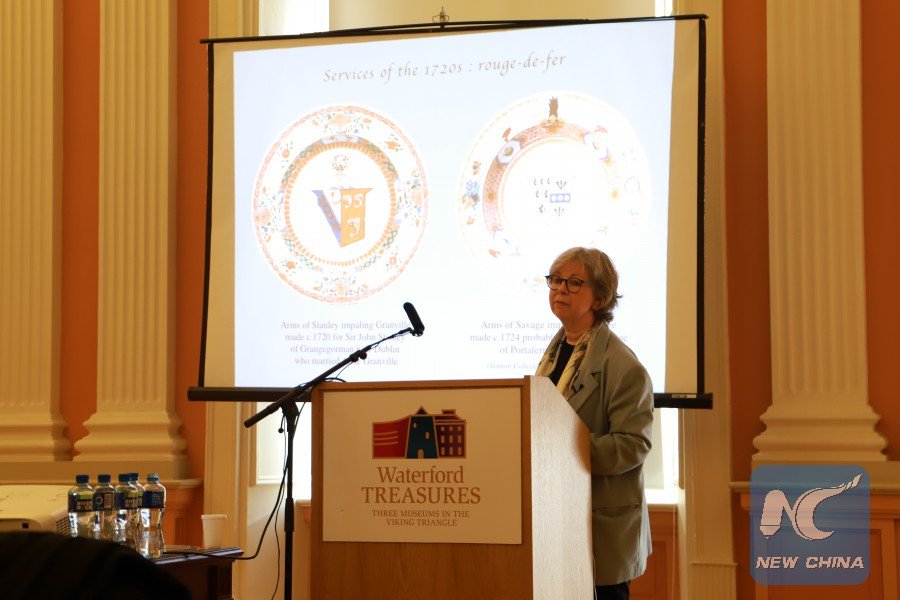 The exhibition was inaugurated by Louise Richardson, Vice-Chancellor of Oxford University. She is a native of Waterford County and also a patron of our clock and watch museum, said Eamonn.

An estimated 200 people including local officials and officials from the cultural section of the Chinese embassy in Ireland attended the ceremony.

The opening ceremony was followed by a lecture of a British expert on Chinese armorial porcelain and an afternoon tea party during which participants were encouraged to bring their own favourite porcelain teacups and saucers to enjoy the Chinese tea.