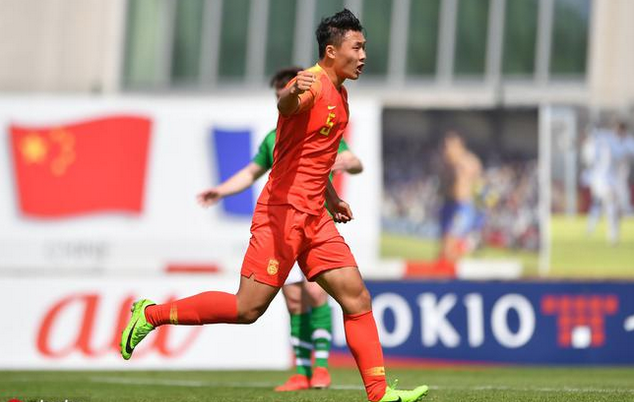 AUBAGNE, France, June 3 (Xinhua) -- China's Olympic team suffered a 4-1 defeat to Ireland U-21 side at their first Group C match at the Toulon Tournament here on Monday.

Guus Hiddink's men conceded the first goal only 33 seconds after the kick-off when Aaron Connonlly cut in from the left and Zach Elbouzedi made no mistake from his low cross.

The Irish doubled their lead after four minutes when Connor Ronan's free-kick was cleared but rebounded back to Dara O'Shea and his header found Connolly to finish.

China found a way back into the game as Li Yang rose high to head home from a left-sided corner in the 18th minute.

In the 55th minute, Elbouzedi's cross struck the Li's arm and the referee immediately pointed to the spot.

Idah stepped up to place his penalty into the bottom left-hand corner.

Second-half substitute Guo Jing made the same mistake in the 82nd minute and Idah made no mistake from the spot to clinch his second goal of the game.

"The result is clear," said Hiddink. "The Irish are used to playing more physically. In the first 10 minutes we are 2-0 down but we managed to react and reacted very well."

"At the end, the referee likes to whistle for penalty. But that's ok, that is not a big problem.

"It is a very good lesson for us to play in this tournament."

The Dutchman said that four of his best players were called up by the Chinese senior side has made it difficult to play at the prestigious tournament.

"I don't complain but four players are upgraded to the national team. It is a pity that we don't have the full squad. The youngsters are coming in and they have to take steps."

China will next face Bahrain and Ireland take on Mexico, who beat Bahrain 2-0 in the day's another match.