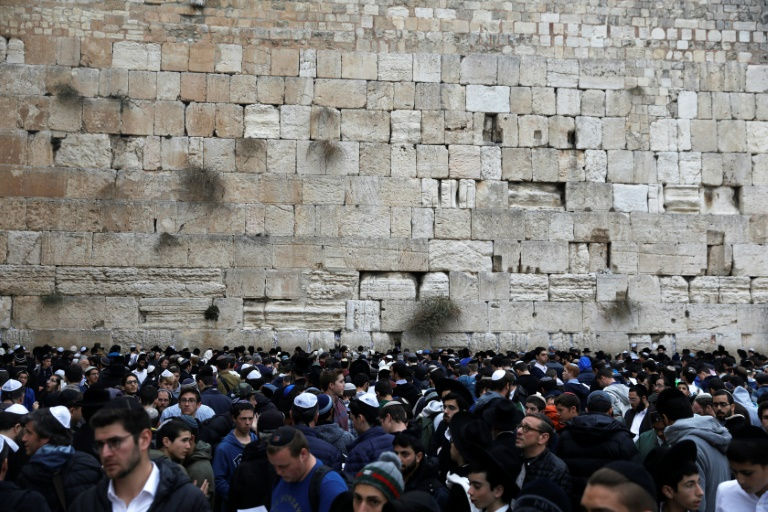 Orthodox Jews gather at the Western Wall in the Old City of Jerusalem on December 28, 2017 to pray for rain. Photo: AFP/Menahem Kahana

More than 2,000 Jews joined Israel's chief rabbis at Jerusalem's Western Wall on Thursday to pray for rain as the country faces a fourth straight dry winter.

Israel's meteorological service forecasts that the region will see another dry winter, estimating a 65-percent chance that there will insufficient rainfall in December, January and February -- usually the wettest months.

In March, Israel's water authority said the Sea of Galilee, which is actually a lake and the country's main freshwater reserve, had reached its lowest level in a century.

Israel has however escaped water cuts through the use of five desalination plants built along the Mediterranean coast.

Three-fourths of potable water consumed by Israeli households come from the desalination plants.

The Western Wall is the holiest site where Jews are currently allowed to pray.

It is located in east Jerusalem, occupied by Israel in the 1967 Six-Day War and later annexed in a move never recognised by the international community.