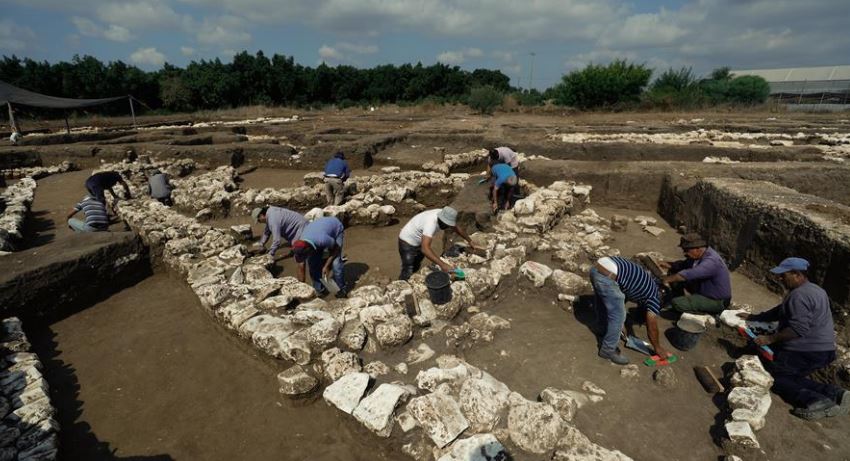 Archeologists worked at an archeological site near the city of Haris in Central Israel on October 5, 2019. (Photo: Xinhua)

The excavations were conducted at the Tel Motza site near Jerusalem, by the IAA and the Tel Aviv University, and their findings were published in the journal Biblical Archeology Review.

The findings indicate the existence of a biblical temple that operated parallel to the First Jewish Temple (Solomon's Temple) established in ancient Jerusalem.

In the temple complex, the team discovered an altar for making sacrifices, a stone-built offering table, cult stands, chalices, and many worship clay artifacts.

The findings show that the site was an important economic and administrative center at the heart of a fertile valley, with dozens of silos and two large grain storage warehouses.

The researchers said the temple is "an unprecedented finding in the archeology of ancient Israel."

"The site helps understand the establishment process of the ancient Kingdom of Judah, and in particular its worship development," the researchers concluded.