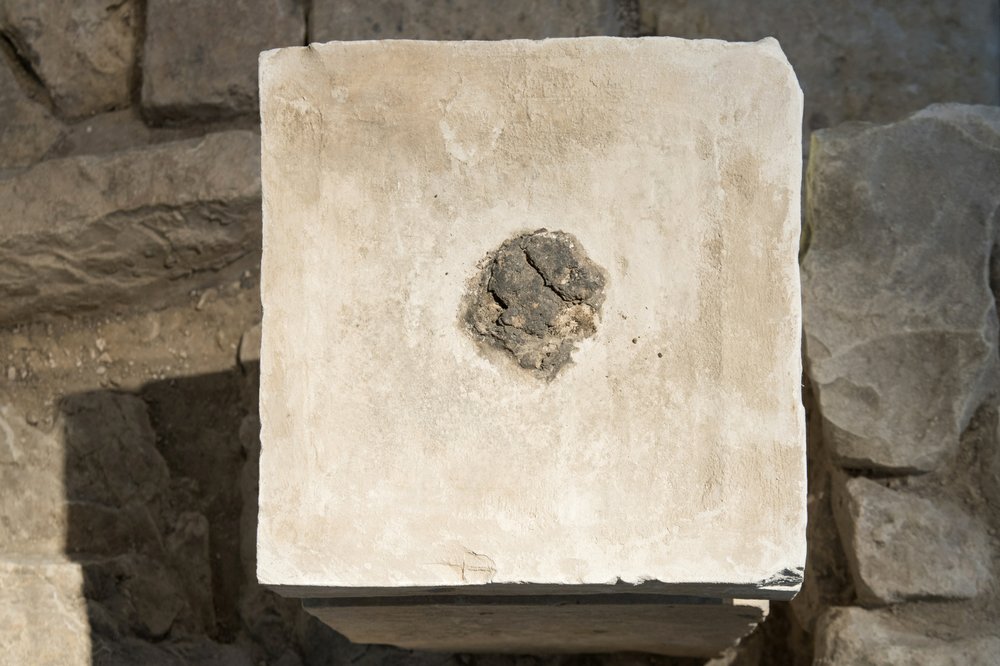 This undated photo provided by the Israeli Antiquities Authority, an ancient altar is on display at the Israel Museum in Jerusalem. (Photo: AP)

Israeli archaeologists say they’ve found cannabis residue on artifacts from an ancient temple in southern Israel — providing the first evidence of the use of hallucinogenics in the ancient Jewish religion.

In a research paper, the authors say the discovery from an 8th-century B.C. shrine at Tel Arad offers the first proof for “the use of mind-altering substances as part of cultic rituals in Judah,” including the first Jewish Temple that stood in Jerusalem at the same time.

Archaeological excavations at Tel Arad, located around 35 miles (60 kilometers) south of Jerusalem, in the 1960s discovered a stronghold belonging to the ancient kingdom of Judah, and at its core a small shrine bearing striking similarities to the biblical Temple in Jerusalem.

But for decades, attempts to determine the composition of black deposits found on two limestone altars from the shrine’s inner sanctum — now located at the Israel Museum in Jerusalem — were inconclusive.

Chemical analysis of the samples conducted at Israel’s Hebrew University and Technion Institute found that one altar contained the psychoactive compounds found in marijuana, and the other had traces of frankincense — one of the ingredients mentioned in the Bible for the incense sacrifice in the ancient Jewish Temples, the authors wrote.

The researchers published their findings Friday in the academic journal, “Tel Aviv: Journal of the Institute of Archaeology of Tel Aviv University.”

Eran Arie, curator of Iron Age archaeology at the Israel Museum in Jerusalem and lead author of the study, said the discovery was “revolutionary,” as it was the earliest evidence of cannabis use in the ancient Near East and the “first time we see psychoactive substances in Judahite religion.”

The absence of cannabis pollen or seeds from the ancient Near East indicates the cannabis was likely imported over long distance trade routes, possibly in the form of resin, known colloquially as hashish. The chemical analysis from the Tel Arad altar showed it was burned atop dried animal dung.

“Here, the official state religion of the kingdom of Judah was using this substance,” Arie said. Because of the site’s clear connection to the monarchy, he suggests it could point to how worship was conducted in the biblical Temple in Jerusalem.

Yossi Garfinkel, an archaeology professor from Hebrew University who was not involved in the study, said that the ritual use of wine in Judaism, and some indications of opium use elsewhere in the region, suggests that for the ancient Israelites, it was “a desirable thing to get into ecstasy and connect with God.”