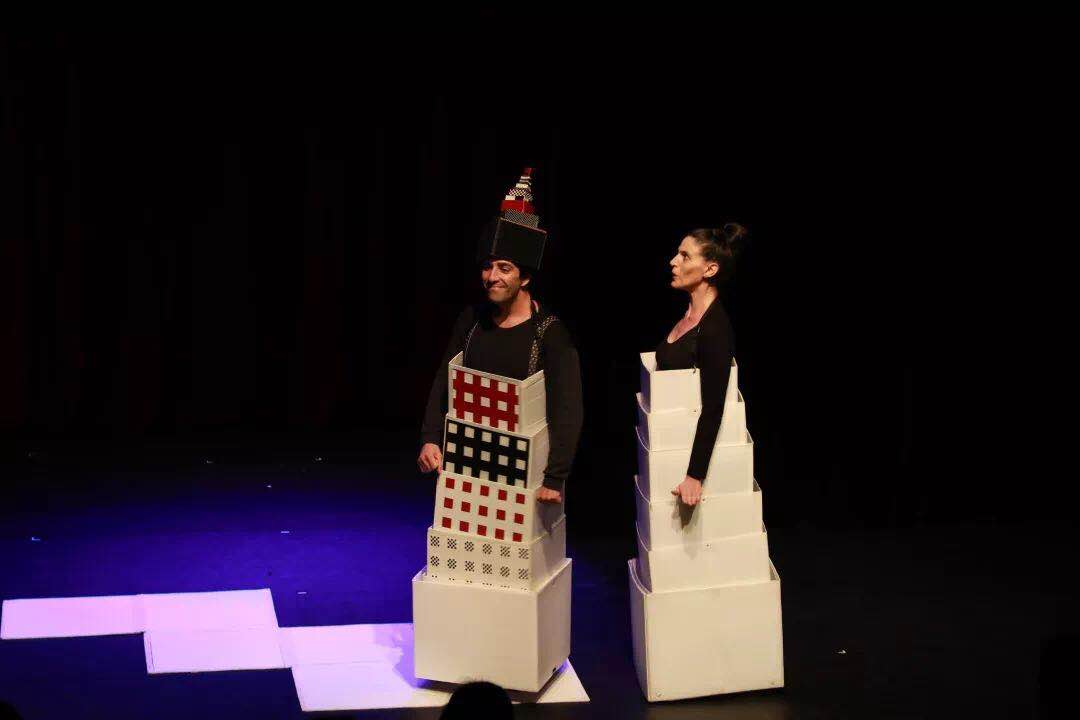 "The Cubes Circus" has been staged at the China National Theatre for Children. (Photo: CGTN)

An Israeli children’s play "The Cubes Circus" combining puppetry, dance and visual art has been staged at the China National Theatre for Children, bringing joy and laughter to kids in Beijing.

One actor and one actress create a magical world out of cubes.

With the highly imaginative use of blocks, impressive hand and body movements, and dramatic facial expressions, the two performers bring the cubes to life.

As the cubes spread out, shrink and separate, they are transformed into all sorts of shapes and animals.

The show is presented by the Train Theater from Israel and aims to inspire children’s imagination.

"This show is about two clowns playing with cubes. They transform the cubes into many things such as a house and animals," says Rotem Goldenberg, the actress of the show.

Lively and hilarious, the show brings joy to the kids. Delightful as it is, it’s also an enjoyable show for adults.

"This show is for the whole family. A great show is not only for children, adults can enjoy as well," says Nir Landa, the actor of the show.