CULTURE It's Cinderella, but not as we know her

It's Cinderella, but not as we know her

“Air Raid Warning: You are now entering war-torn London, 1940. Loud explosions, gunshots and strobe lighting will occur during the bombing raids. Keep calm and carry on watching,” reads a notice placed in front of the theater gate. 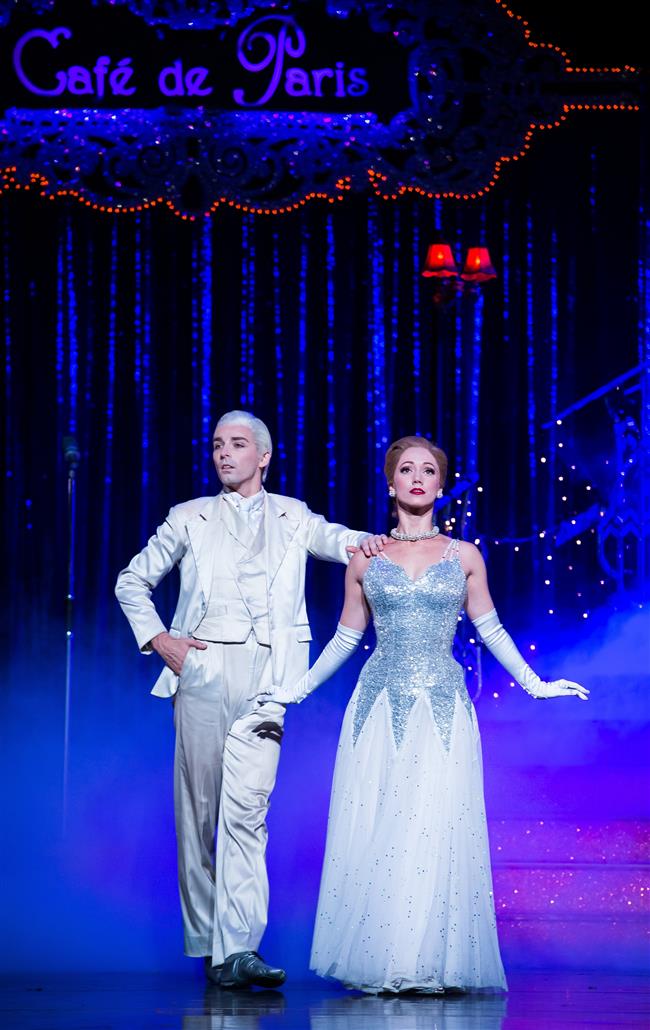 Yes, it is Matthew Bourne’s “Cinderella,” which is set in London during World War II. The dance performance is presented by the British dance theater company New Adventures at the Shanghai Culture Square through August 25.

Without a golden carriage, a fairy godmother and the glorious palace of the classic fairy tale, this version features a Cinderella who loves movies and Hollywood glamor and longing to be beautiful and sophisticated. But still, she wears a pair of delicate “glass” slippers and is treated like a servant by her wicked stepmother.

Love remains the main theme in the show. However, the prince who is named Harry turns to be a fighter pilot in the Royal Air force. The couple dance at the ball held in the Cafe de Paris where London’s elite gather to party. The place was bombed on March 8, 1941 and at least 34 people were killed.

“We have tried to be as accurate as possible, and Lez Brotherston (Olivier Award-winning costume and set designer), the company and I have spent many hours researching the period and characters through old movies, documentaries and public information films,” said Bourne. “Our magical Act Two bombed ballroom, with its ghostly dancing couples and the haunting waltzes of Prokofiev, owes much to this tragic night. It represents Cinderella’s dream, as well as her nightmare.”

Meanwhile, the show also features Cinderella’s father and her three stepbrothers as well as three stepsisters.

The scenes of the Thames River, Oxford Circus tube station, Paddington station, the Cafe de Paris and the chaotic streets of London in the show reconstructs the city in wartime.

All the stage props, including thousands of costumes and 40 wigs made of real hair except for Angel’s. filled six shipping containers and took six weeks to arrive from London.

The music was composed by Sergei Prokofiev, a Russian composer, pianist and conductor, during the war. The dissonance in the music echoes the violence and the trauma of the time.

The music features a commissioned recording played by a 60-piece orchestra.

Combining ballet with modern dance, jazz dance, tap and waltz, “Cinderella” is a feast of dance. The cast consists of 26 dancers and 20 backstage staff.

“Eat, drink and be merry, for tomorrow we die.” That’s exactly what this true war-time romance portrays.