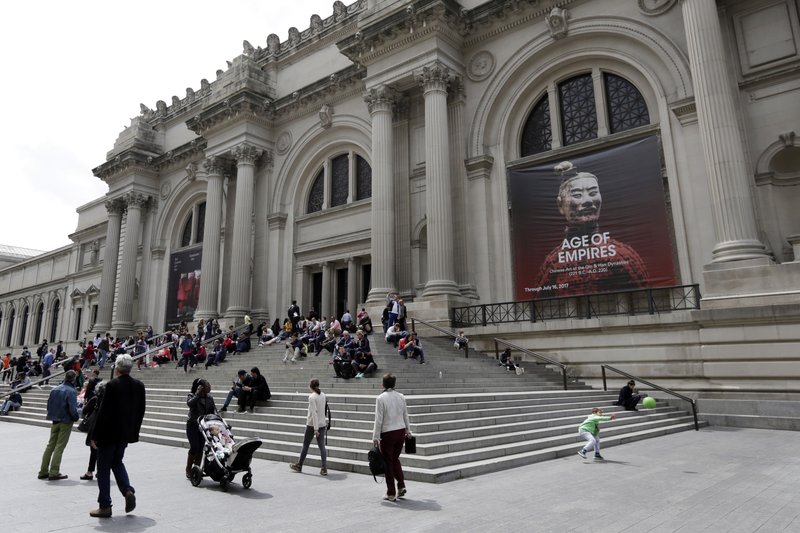 Italian police said Tuesday they had recovered an 18th-century ebony desk that was illegally taken abroad after World War II and ended up for a time on display in New York’s Metropolitan Museum of Art.

The desk, made with ivory and mother of pearl inlays, is considered a masterpiece of Pietro Piffetti, one of the most important ebony carpenters of his time. Italy’s carabinieri art squad police unit said the desk was believed to be worth more than 2 million euros ($2.3 million).

According to a carabinieri statement, the desk left Italy sometime after the war and traveled to France and Switzerland before arriving in the United States in 1996.

It was exhibited at the Met for some time, but Carabinieri Lt. Col. Silvio Mele said the museum wasn’t implicated in any wrongdoing.

He said the owners of the desk simply took it out of Italy without proper permissions, which would have been required for such an artistically and historically important piece of furniture.

The Met confirmed the desk had been on temporary loan in the late 1990s and was returned to its owner more than a decade ago, according to a museum spokesperson.

Carabinieri police said they opened an investigation after learning of the desk’s absence from a recent Turin art exhibit. They found the current owner, who agreed to return it.

Police didn’t identify the owner, but they said they located the desk in a European country. The piece returned to Italy in early July.

The Turin-based local representative of Italy’s culture ministry, Luisa Papotti, said the antique desk had been missing for decades from its home, the Palazzo Chiablese in Turin. The palazzo, now a museum, was a residence of the Savoy royal family which reigned in Italy after its unification until World War II.

Piffetti worked for many years at the court of the Savoy king.